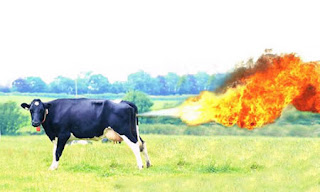 Either I didn’t have enough coffee or maybe I had way too much. I feel too opinionated and possibly judgmental this morning. A lot of thoughts are flying in and out of my head coming out the wrong way, or possibly, the way I usually think them to be.

There are certain people that I detest. I’ll use the word detest, for my mind wants to say hate - but, I don’t hate anything or anyone, so, let’s stick with “detest”.

Liberal lesbians (or heteros) who shove their political views in your face and never shut up about recycling. I do my share of recycling every day of my life, but when it comes to inconveniencing myself at the grocery store to purchase small pathetic burlap bags that are unable to hold enough items for me, that’s when I say, “Do it yourself or come up with a better idea.” These types of people will also rattle off about how it’s better not to drink out of bottled water. Some people don’t have any other option because their water at home is like running diarrhea. If the companies are not providing glass bottles, then suck it up...in plastic. These same people are also seen using plastic bottles and use the excuse, “Well I didn’t have a glass bottle to use at home”, or “I forgot my thermos.” These “green” people complain about the emissions in the air, while driving SUVs, too.

MSNBC stated: "The EPA (Environmental Protection Agency) suggested and the Supreme Court is taking action to follow through that livestock that emit methane gas be taxed due to the effect on the environment. This means belching and flatulence…burping and farting!   So for cows and pigs being what they are, their owners get taxed. It would be $175 (£119) for each dairy cow; $87.50 per head of beef cattle and $20 for each hog. Who measured the emissions?
MSNBC reports, 'Farmers so far are turning their noses up at the notion, which they contend is a possible consequence of an Environmental Protection Agency report after the U.S. Supreme Court ruled in 2007 that greenhouse gases amount to air pollution. Livestock emit methane, a key greenhouse gas tied to global warming.' The farm groups say the fee would apply to farms with livestock operations that emit more than 100 tons of carbon emissions in a year and fall under federal Clean Air Act  provisions.”
Moral of this pathetic post is: eat healthy and pay the consequences, because soon enough, it may just be us that will be taxed for passing gas.