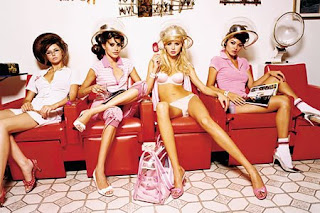 There is an abundance of news and tons of discovered findings that leave us hanging with the question: why hasn’t anyone told us sooner? Of course, the answer always remains, “We didn’t know until now.” Many years ago, I was afraid to turn on the news, because I didn’t want to “catch” whatever they were speaking about if it had to do with medical situations. If Madelene turned on the Discovery Channel and they were talking about rare illnesses, I would go get a check up because I would develop symptoms of whatever it was they were speaking of. God forbid someone described in full detail of their panic attack symptoms - I would then get it immediately upon hearing it. I turned into a full-fledged hypochondriac. It was at the age of twenty when I first started seeing alarming signs of it.

As I grew older and more confident in myself, the hypochondria seemed to have subsided somewhat. With extensive therapy as well as cognitive behavioral techniques, I knew that this was all in my head and that I have been torturing myself for many years with the the 'I may have what they have' syndrome. Yes, I made up a syndrome.

Now I have 'healthy doses' of little scares here and there. Take for instance today. This morning I’m working from home, so sometimes I’ll have my television on for a bit while drinking my coffee before starting my day. I heard something very disturbing. On The Doctors, they said that it is possible for people to get strokes while getting their hair washed at the salon. It’s the process of tilting your head back, preventing needed blood flow to get to your brain.
In 1993, The New York Times reported, “The position commonly used for shampooing at beauty salons, with the neck tipped far backward over the edge of a sink, can diminish the blood supply to the brain, sometimes precipitating strokes in older people, a new survey has found.  In today's issue of The Journal of the American Medical Association, Dr. Michael Weintraub described five women between the ages of 54 and 84 who developed serious neurological symptoms requiring hospitalization after shampoos at beauty parlors.
The patients suffered from a variety of complaints attributable to poor blood flow in arteries leading through the neck to the back of the brain, including severe dizziness, imbalance and facial numbness. Four out of five suffered strokes leading to permanent neurologic damage.” ---read more here.

So now, you can see my quandary, as I sit here in desperation to get my haircut. Usually, my sister comes over and does it for me. She’s excellent at it and I can’t find a better beautician than her. So, today, I will be calling my sister to come over to do my hair. I will wash my hair in my own shower. I guess this is a normal type of fear, nevertheless, it still affected me enough to plan on never again stepping foot into a beauty salon, unless of course I need a manicure or pedicure. I won’t speak about the dangers of that on this post today. That’s a whole other story waiting to rear its ugly head.
Why hasn’t anyone told us sooner?
danger at beauty salon Debra Pasquella New York Times risk of a stroke