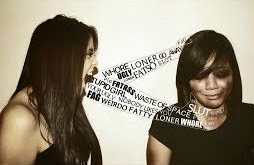 Kind of latching onto my previous post about being verbally abused and other various things, I'm sitting here thinking about ways to cope with those types of people. I truly believe that your words and especially your actions will dictate what kind of life you will have, whether it be a peaceful one, or a life filled with tons of unnecessary drama. As I season with age, I'm also learning that my own words and actions have a cause and effect. If I slap a complete stranger in the street, chances are I'm gonna get a slap back or perhaps a tenfold in return. As my own mother always said, "Turn the other cheek." But that's kinda' hard for me to do sometimes. Then my mother-in-law said something pretty wise to me a few weeks ago. She said, "Whenever you're being verbally attacked, let them hear themselves go on and on. Let them hear their own voices. Don't say a word. Just walk away." She wasn't saying to just let people walk all over you -- but to not allow the abuse to continue. The echo of your own voice, especially when being in a heat of an argument can really raise a few question in your own mind. I remember I was having a bit of a hissy fit one day and actually caught the words that were coming out of my mouth. I was so upset and angry, but it was no excuse for the way I handled it. After I had vented and 'let it all out' -- my words echoed in my own mind. It was kinda' like reminding me, "Hey, you did know there was a better way to handle the situation, right?" 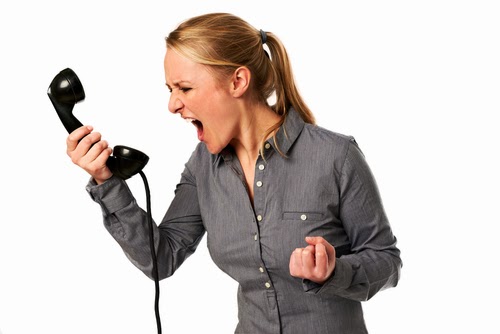 The best way to learn is to listen to yourself. When I used to work for a call center at a telecommunications company, they would record some of the phone calls for "quality assurance". And what that means is, they make their customer service reps sit in a small meeting room with headphones on so that they can hear themselves talk to the customers. The technique is supposed to make you stop saying repetitive words or saying the "wrong things". I found myself sitting there listening to my own voice, cringing because I couldn't believe how detached I was from the customer who was upset about their lost service. It was sort of like an ER nurse having that thousand yard stare -- they've seen and heard it all.  People can hear your mood over the phone -- even strangers. I went to a ton of seminars where they urged you to talk with a smile. It does work. When you talk with a smile, the other person on the phone can totally hear your mood -- even if it is pretty much fake. My point of this story is, listen to your words. See the cause and effect it produces. Is it positive? Is it negative? Is it just repetitive? When I went back to my desk, I made sure not to use the same repetitive words. I made sure to smile a little more while talking to the customers. I made sure to sound more concerned when they lost their phone and internet service on a Friday night. Back then, if you got cut off on a Friday night, you had to wait till Monday morning. And boy were these people pissed off. 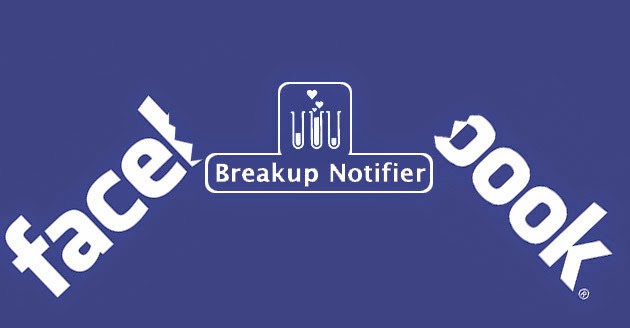 Some people handle things quite differently than we'd like them to. Even with relationships, it's tricky to communicate when one person is more insecure than the other. I had a friend tell me that she was dating someone new, but it felt like a friendship more than anything else. So, she decided she was going to ask her to meet up with her so they could talk in person and end it on a more positive note. The response she received was a bit abrupt, but you can kind of tell that it may have been due insecurity issues. She wrote back even before knowing this "breakup" was going to occur and said, "I think we should be friends rather than lovers." She did it through Facebook. My friend wanted to give her the courtesy and respect to sit her down, maybe have a cup of coffee with her and really talk to her face-to-face like a human. I suggested that perhaps the girl was hurt many times before and feared that this would happen, so she jumped on the 'breakup trigger' first. Hurt and confused, my friend said that the week prior, the girl had stated that they would be so good together. Well, there's your answer right there. She expected a lot and was disappointed. That in itself is nobody's fault. My friend said, "That's it! I give up on dating!" But realistically speaking, that girl does not represent every single person out there. Don't hold a grudge for future loves, just because this particular girl handled it much differently than she had "expected". I always have to remind myself, that when we expect a lot from other people, we will always be disappointed. I also say this to those who have had a tumultuous relationship with someone. Do not throw the "sins" of your ex onto your new partner.

The reason behind the madness.

I'll never forget someone close to me had said, "You're so incredibly selfish," while in the midst of a heated argument. I was always described as "generous" by this person as well as from other people around me. I would give you my last cent (if I had it) and I would never pass up the chance to help somebody out if I have the means to. After the fight, the person went back to describing me as the most generous person she knew. On another note, I can recall my friend's ex-boyfriend who called her "fat" all the time. My friend is 5'5 115 lbs. …Really? Insecure people will take the good qualities that you have and then turn them into the exact opposite. My friend's ex-boyfriend wanted her to think she was fat, so that she would think that nobody else would ever want to be with her. He wanted to tear down her self-esteem just because he felt bad about himself. He was insecure and stated that the only guy that would date her would be him, when in fact, she is quite the head turner. He knew that. So in his little demented mind, he tore down her self-esteem, and when your self-esteem is low, it can be seen through your body language making you look less attractive. She didn't walk around with confidence any longer. She slouched over more and covered her beautiful smile with her hands, because he had suggested that she should whiten her teeth. 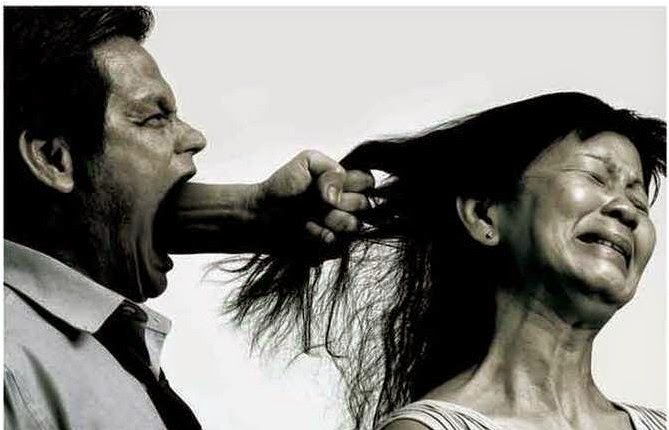 I guess I'm starting to learn more about myself these days, as well as learning on how to react. The one thing I truly do not understand is somebody being mean just because they're in a bad mood. I don't get the correlation between "this certain event" that happened in somebody's day, and coming home to lash out at their spouse for something they weren't aware of. And they usually pick a fight -- about anything they had a small gripe about and goes to town with it. A long time ago, I was at friend's house babysitting her newborn baby so she and her husband could go out to dinner. My friend was still getting ready, waiting for her husband to come home while I was feeding the baby in the next living room over. When her husband came home, he slammed the door and called out my friend's name really loudly. She came running and said, "Are you okay?" He screamed on the top of his lungs, "I had a bad f*cking day and I don't want to hear a goddamn peep out of you!" Confused as she was, she asked, "Are we still going out to dinner though?"  He said yes. How the hell were they gonna talk? And then I realized, she was used to this behavior. She then said, "Ssshh… Deb's in the other room feeding the baby." 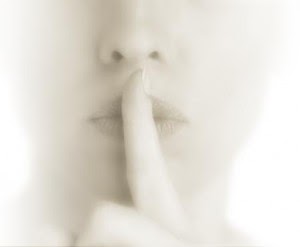 And that brings me to silence. Silence is sometimes your best weapon when you're being attacked, especially by a loved one. It's not saying -- hey, sit back and take this shit. It's merely making them listen to their own words -- their own behavior -- their own self-righteous bullshit. Even my wife and I learned a lot after we got married. We learned that if a conversation is started that may be a bit tricky to tackle, we both say, "Can I talk to you about something without creating any argument or getting offended?" Whatever it is -- we tackle it first by stating that the conversation may be a bit offensive or it may lead to a disagreement. Disagreements are fine. Full blown escalated verbal attacks are not. And if you read my post here, we had a disagreement last week, to which I threw an 8 lb raw chicken off the deck of our house. Nobody was hurt. No harsh words were said. I. just. vented. And I lost a really plump chicken to boot!

Whenever you find yourself in a verbal attack, how do you handle it? Do you sit back and take it? Do you let them hear their own voice and walk away? Or do you attack right back? I also have to say, there are certain situations where you have to stick up for yourself. If someone is threatening you, then give them the facts in a direct and abrupt manner and end the conversation and ties at that very moment. Nobody deserves to be verbally attacked or threatened. We can only react the best we can. I am learning that each and every single day.

And remember what Einestein once said, "Great spirits have often encountered violent opposition from weak minds."

Be good to one another.

For more of Deb's articles, please visit: www.debrapasquella.com or join her on Facebook and Twitter. Check out her cooking blog for some of her famous recipes!
at October 02, 2014