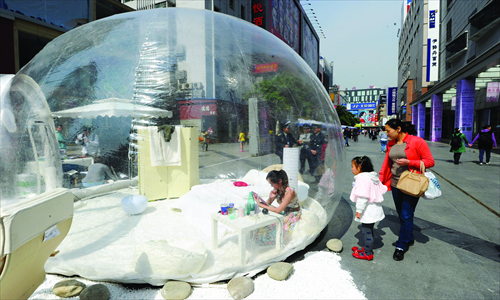 Enough of this 'deep thought' kind of stuff. I just want to recap upon some of the current events. I have issues (as you all know) -- but I'm talking about issues that just makes me wanna shake people by their collars. For starters, I have packed up my precious prized possessions and my favorite blanky and hightailed it into my bubble. I don't have room for anyone other than my Lola. Then I decided, she's not welcomed too after yesterday's fiasco of pukin' & poopin' all day. So she's out. Poor pup. Ebola has finally arrived in the United States. A few things come to mind: I won't be visiting the ER anytime soon, so right there is a roundabout plus. Also, Lysol and Purell are making a shitload of money off of me. I scan through comments of each ebola story on the internet. Our country is so incredibly stupid. They really are. I know I contribute to some of that, but these people just bypass my inane sense of current events. But, as they say, it's all Obama's fault. 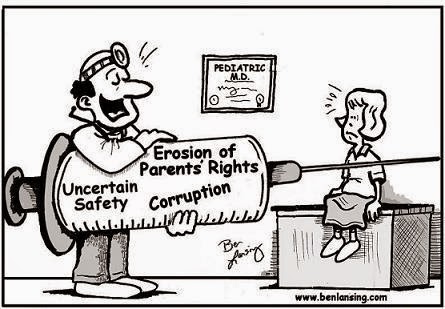 This year they are encouraging everybody to grab the flu shot ASAP. But the thing is, I heard one representative from the CDC mention, "Well, we still aren't sure what types of strains are out there, but it's better than not getting the shot." In other words, they have no idea what they're pumping into our goddamn systems. As anti flu vaccine as I am, I had to get it because my mother's immunity is very low since she is going through chemo and radiation. Better safe than sorry? Or better sorry and blaming this all on Obama. Rat bastard. 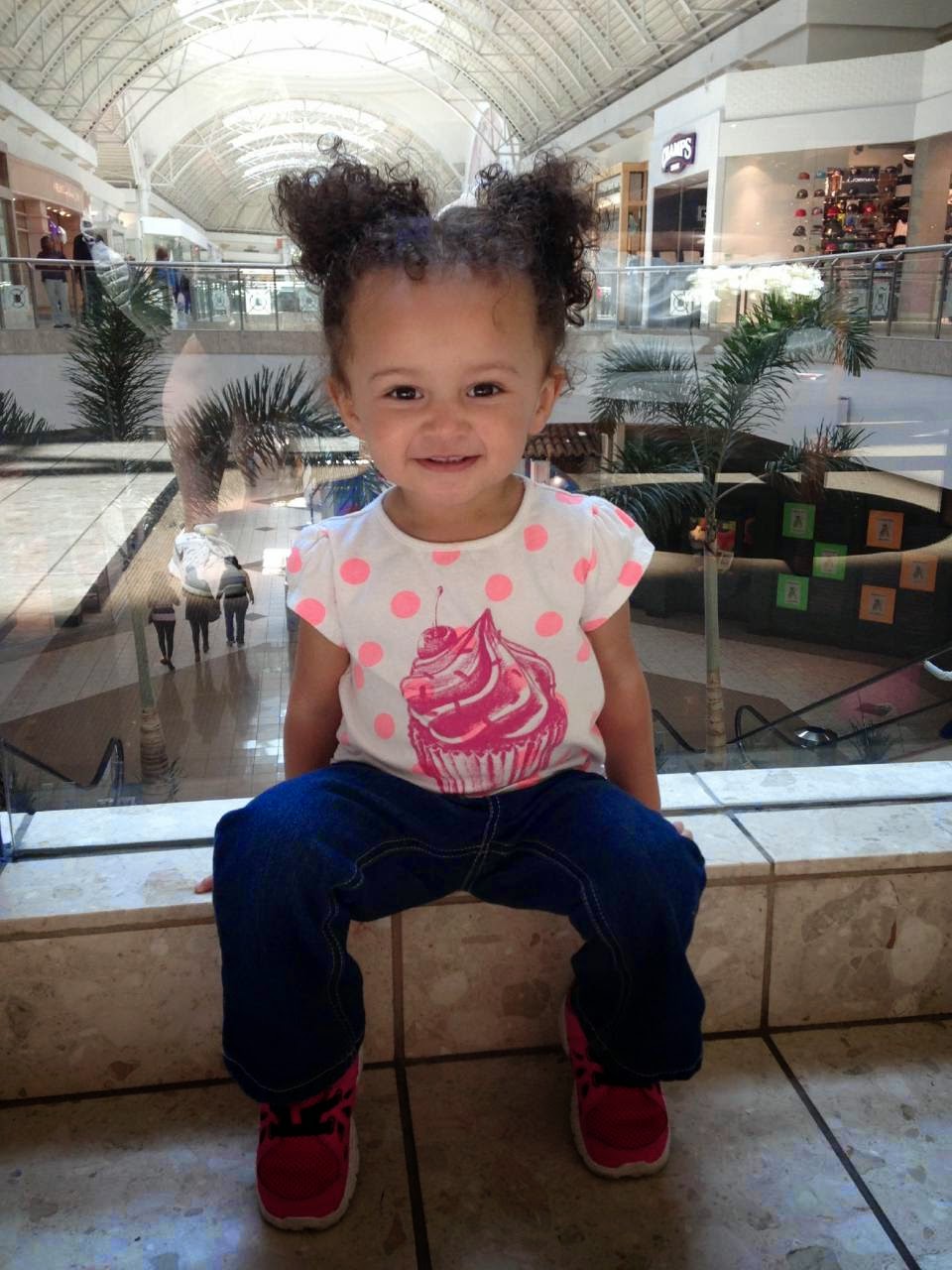 Did you hear about that Ohio couple, Jennifer Cramblett and her wife, Amanda Zinkon? They're suing the Midwest Sperm Bank for messing up the 'baby's daddy'. After carefully selecting a donor who had similar features, and well, just being white in general, they had hoped that the baby would resemble them a little. Instead, they found out even before birth that the baby was black. They're afraid that the child will have much adversity in the rural all-white community they live in. They received a refund and is also suing for $50,000.00. I think that's a low lawsuit if you ask me. But it's not about race, right? It's about the carelessness on creating a life. The 380 vile was written on paper. The tech however, saw "330". Humans makes mistakes, but all the more reason to have this type of thing done electronically and of course, much more carefully. As much as I totally agree with the couple, my concern is that when the child grows up, she's going to Google her parents. Oh, it will happen. She's going to think, "My mommies don't like the way I look." I'm not even one bit concerned over racial conflicts, because frankly, this child is just absolutely beautiful. Love her. Cherish her. And just think -- she could have been autistic or deformed. What about miscarriages and stillborns? You still have to pay the sperm bank. So thank God for this beautiful, healthy baby girl. But, I get it. I'm also blaming this on Obama. 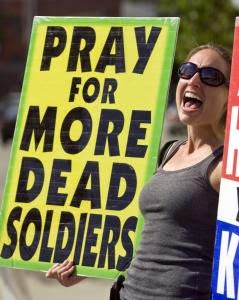 ISIS is coming! ISIS is coming! The British are coming! The British are coming! Wait! They're already here for the love of God -- but wait -- which GOD? Now it's become the war of religions. You have your right winged, conservative good ol' boys blaming every single Muslim they can find for every single beheading that was done. They don't seem to single out anyone of the KKK or the Westboro Baptist Church picketing at soldiers' funerals and chanting that homosexuals should go to hell and/or be killed. They're Christian too, you know. They're called "EXTREMISTS". Granted, there are much more Muslim extremists than there are Christian ones -- but I really want to say that there are closet Christian extremists more than anything else. And if you don't believe me, try looking at comments left once a business owner turns away someone of the LGBT community. (I'm not saying THAT's a sin) --- the comments left on each article written about some bakery refusing to bake a cake for a lesbian couple. These commenters are vicious, vile, seething, foaming at the mouth and relentless. I've heard commenters say a few wild things. 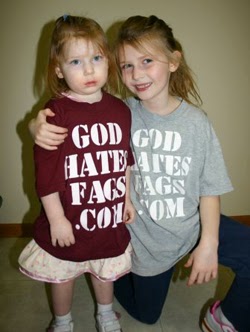 "They're all going to hell!"
"Homos are perverts!"
"Kill the gays and lesbians!"
"Aids and ebola will wipe out the LGBT community!"
"It's God's plan to kill the gays!"

Is it any wonder why people get so offended once someone says, "God bless you," like what happened to Cynthia Fernandez. She filed a lawsuit against the Garden State Parkway because her boss violated her First Amendment rights. Cynthia was a toll booth employee. She was told that saying "God bless you" might offend motorists. Some even said she was the friendliest toll booth worker they've ever met. But here's why people get offended. It's not even because they practice another religion, because "God bless" can mean any God. Christianity has gotten such a bad rap due to self-righteous, bible thumping idiots who seem to think everyone is going to hell but them. So people who are Christian, like my wife and I and other people who have a relationship with "GOD" are seen as "offensive" if we dare mention "God". They think we're trying to convert them or maybe the next sentence out of our mouths would be, "Do you know Jesus?" The fear of these holy rolling extremists has everyone hating religion. Religious people are usually not very spirit-filled ones. But, that's the rap we got. I feel bad for Cynthia. She was spreading love, not hate. But we can always blame Obama since he is "assumed" to be Muslim…right? 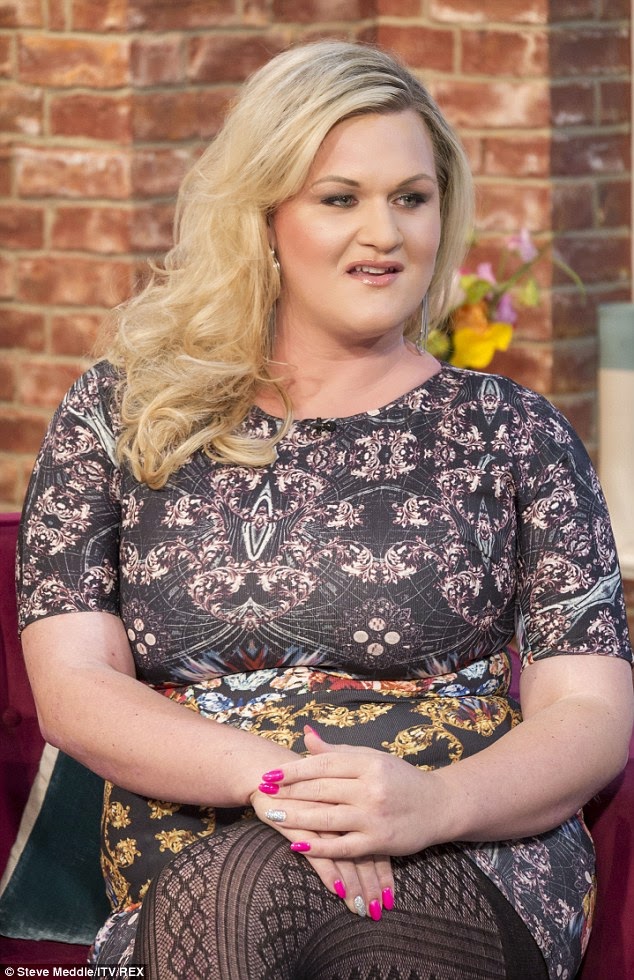 Which brings me to my last topic. Bigots. Wait, gay bigots. Hmm. Sounds strange, right? So there once was a boy named Matthew Attonley, who wanted to be a girl. When he grew up, he became a she. Chelsea Attonley it was. She was happy that she was finally herself again. But wait -- after somewhat years, she now wants to become a man again, because being a woman is exhausting. HALLELUJAH. Raise da' roof! Ain't that the truth. Anyway, she paid $10 grand to get her surgery done, but now wants the NHS to pay for her surgery to go back to a man. As they say, it's a woman's prerogative is to change her mind, however people are debating about this left and right over on Facebook. I have to say, it's pretty clear that most people feel that it's outrageous for her to expect them to pay for her surgery back. She had second thoughts. She had a "choice".  So, I watch the comments unfold.

A fellow gay friend of mine (remaining nameless) had the thread regarding Attonley up on his Facebook account. He had the same views I had. Then of course, one of his friends stated, "Oh so now he wants an addadicktome?" (get it - "add a dick to me"?) Clever. But the thing is, when I looked up what that was not realizing the wording -- it described it as "man beast" in some urban dictionary. Aside from these comments, I have had a few run-ins with some lesbians friends who refuse to include a transgender woman into their circle and events. "It's a man invading our community. No!" With all the acceptance that is very much expected from the lesbian community, they give ZERO acceptance back. What happened to the "T" in LGBT? It's not only hypocritical, but it's insulting and degrading. I honestly feel this is why there are so many hate crimes. The lack of knowledge in your own community as well as others around you creates a circle of ignorance. And ignorance breeds hatred -- the fear of the unknown. You know how people hate the unknown -- hate what they haven't taken the time out to learn. Then the "hate" turns into a crime in some cases…in a lot of cases. God damn Obama.

Back to Chelsea, or Matthew I should say: the answer is NO to having your surgery prepaid. If being transgender isn't a "choice" and yet you are "choosing" to go back to being a man because of the woes of womanhood, then dig deep inside those shallow pockets and suck it up. Not only do you need to surgically reassign a penis, but now you have to have a mastectomy as well as hormonal treatments to get you back to 'scruff', which is way more than just $10 grand. It doesn't work that way. And…there's always room to blame Obamacare for an UK-based publicly funded health service.