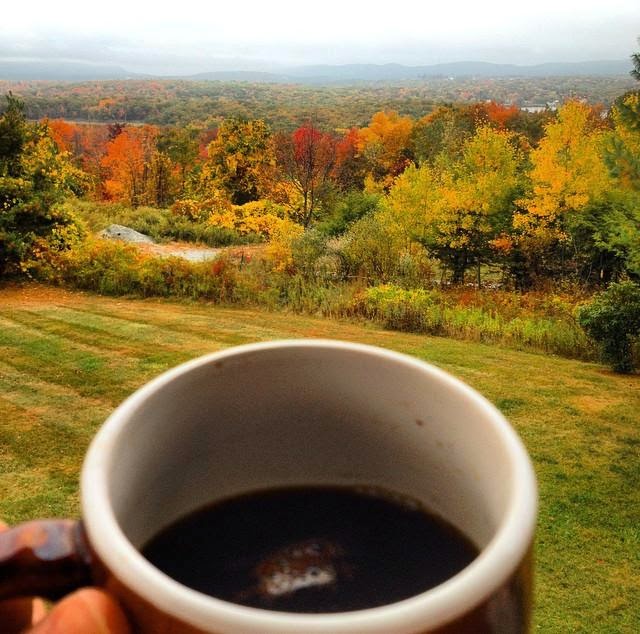 I'm waking up. My eyes are starting to open again. With all negative things in the world that may lurk around, I'm starting to actually see the vibrant colors in the fall leaves. Strange things have been happening. I was having a bit of a hard time financially. It was my fault, because I didn't gauge it right. I always used to tell my friends when they were having problems meeting their quota at work, "Don't worry, God always makes up for it." This time, I sort of lacked the faith that God would make up for it, until I opened an envelope with an apology for a lost payment. "What lost payment?" Apparently, I had residual income that was stuck in cyber limbo somehow. Usually any money from writing falls into my account electronically, however this time, they cut me a check for the same amount that I was desperately needing. Fearing the overused cliché, "nothing's a coincidence" -- I still believe that to be true.  I was always a positive person -- upbeat and optimistic. But, life started to happen. I guess it was true when I once heard that when you reach a certain age, you start to lose loved ones, you watch people fall ill to diseases and begin to start evaluating life's overall worth. Sleep doesn't come easy, not like it used to when we was younger and more carefree. Sleep is now a luxury. That annoying nap that we never wanted to take when we were kids is now more of a valued and rare gem when we're older.

When I first even thought about getting a dog, my mind instantly went into somewhat of a  hypochondriacal OCD madness: germs, allergies, dog hair and defecation inside the house. I could not fathom any sort of bodily fluids on my floor -- especially from an animal. But one day, I swear to you, something told me, "GO GET HER," as I clicked on her page and saw her little ragamuffin face. She looked a little dusty and so so skinny. She had mange and terrible dandruff. (She's all better now -- we fixed her up like brand new!) But those eyes. They spoke to me. "GET HER!" And the urgency was so strong, that the next morning, I drove up with my sister to grab her from a rescue shelter. She was incredibly small in the puppy kennel that held about 10 other larger pups -- but I saw her eyes. I said, "That's her!" The volunteer worker said, "No, that's not her." I assured him it was. He checked the tag and said, "Wow, it is her! Good eyes!" This dog not only helped me get through the days of when Dad was ill-stricken with cancer, but also my grieving period when he finally passed on. Lola stayed with me while I was bedridden with degenerative disc disease, which left me unable to walk. She would stretch her long body along my back. It eased the pain. Who needs percocets? Last night, I didn't have any seizures. Madelene went to rest her arm around me to comfort me, and Lola pushed her arm off and literally HUGGED me. HUGGED me. She rested her entire head in between my head and neck and had her belly stretched throughout my back (she's very long), and wrapped the right side of her front and back legs around me, as if she was spooning me. She omitted this intense warmth that made all of my aches and pains disappear. Not one "jolt" or anxiety-induced seizure kept me awake. This dog is absolutely healing. And, God brought her to me. I'm sure of it. In the photo above, I couldn't get her to look at me because there was a cat nearby, so I made a "sniffling" sound. She looked up. She thought I was crying…again. Look at her face and the worried look. I love her.

Usually, most of my engagement on this blog is done over on my Facebook page. Not many people are blogging like they used to, so I took it over to social networking. One of my readers made an interesting comment on one of my posts. She said, "I try to remember that it's not about me and whether Jesus come tomorrow or in five minutes, I want to spending all the time I can, not worrying and have an awesome relationship with God. Just recognize the signs, but do not fear. Recognize the signs and move on, you can't focus on them for too long, there is a lot of people out there that need Christ love and there is so little time. Salt and light is what we should be in this hurting world." She responded to my previous post which was a bit 'gloom n' doomish' --- but her words definitely resonated with me. I can't save the world or make it better. I can only make it better for myself. From wars, (and personal wars), people beheading one another, the ebola outbreak and the rest of the chaos that looms over our heads -- it's not in my power to make it all better, nor absorb it all. And I can't expect anyone else to make it better for me, mentally or emotionally. That's my responsibility. I own it, but for right now, I am throwing it out. I don't want to own negative feelings any longer. I don't want to own having pessimistic views, or owning up to the fact that my negativity may rub off on somebody else. I also want to thank a few readers of mine for reaching out to me via email. It's nice to see there are still caring people out there who actually give a shit these days. So, thank you. You know who you are.

Here's my "good" negative side.

The thing is, I know I'm not perfect and I make a lot of mistakes. I am never too proud to apologize -- even when I don't need to. I am also very quick to forgive. I'd rather have peace in my life than to be right. If someone is highly offended by something I did or perhaps, something I've said, which was not out of malice but out of mere 'stupidity' or 'not knowing the rules' -- I will always apologize. The thing that really gets me is, those who want more than an apology -- as if they're entitled to watch my public hanging. Once someone is publicly hanged, you never see them again, nor the people they keep company with. Just remember that. For instance, whenever I'm offended over something and that person tells me, "Oh my God, Deb. I had no idea! I am so sorry!"  Or -- just a "sorry" is a step towards forgetting it completely for me. But that's not enough for some people. These arrogant  self-absorbed, self-proclaimed righteous people want to 'off with their heads' once something doesn't go their way. I remember once, I was verbally attacked -- I mean -- brutally too. It was something I messed up on, to which I immediately apologized for. But that was not enough. I was attacked so badly, that they might as well have stabbed me in the heart. The strange thing was -- I was not in the wrong. They just wanted their way to go -this way-, and didn't get what they wanted. Not only was I harassed numerous times in the middle of the night for this, but it deteriorated my relationship with those who sided with these idiots. As quick as I am to forgive, I am stubborn as hell when someone viciously attacks me for something that was much ado about nothing. Get over it. Get a life. Go away. And that means, I forgive you for being a total douche bag, but you will never get the chance to make it up to me ever again…because I won't allow it. I have no room for vile and insensitive people. A bit cryptic, but I'm sure many of you can relate to these types of situations. Nothing is ever good enough. 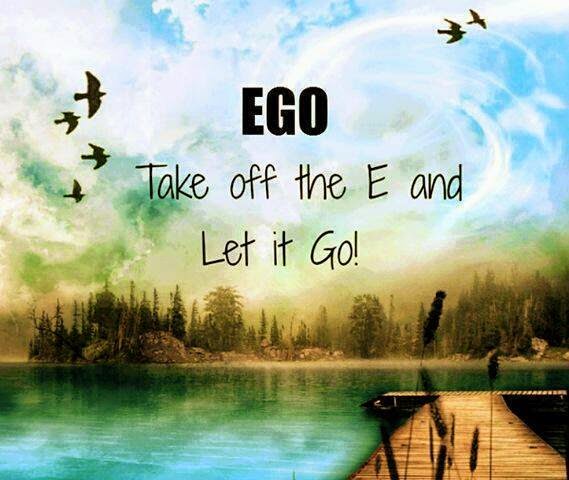 As the golden rule says, do unto others, as you would have them to unto you. If you want respect, you have to give it. If you want to be treated humanely, you have to show humility. It's so true when they say never expect a whole lot from other people, because you'll always be disappointed. We're only human. We all have choices in life and we all can choose who we want in our lives as well. I've made a conscious effort to rid of all vile and combative people in my life -- the ones who aren't apologetic and humble. I have turned my back on all toxic people. I am not obligated to boost up your egos. I am only obligated to keeping the peace in my life, in my home and with my family. Why make the world uglier by making your own personal world a living hell? There is so much turmoil and chaos in this world. We ought to be striving to make at least, our own space a livable, peaceful and loving place to reside in. Creating a turbulence within your own circle will make your life absolutely miserable. As they say, don't shit where you eat. It not only trickles down to the people immediately around you, but those who are connected to you in some way or another. For example: if you beat your wife, your in laws will hate you, maybe even your own family…maybe even your friends. It trickles down. Your behavior will definitely be a factor of whether or not people will want to be around you.

This month has been very challenging to say the least. Between my seizures at night, combative people wreaking havoc in my world and especially seeing my mom face cancer head on -- I fell into a deep depression. All of these things just tore me down. I can only absorb so much. I cried my eyes out every single day, worrying about my mother, fearing we'd get a harassing phone calls in the middle of the night and then trying to focus on my work. I had to delay projects with other writers as a result of this awful month. I can only blame myself for letting it get me down. It actually tore my immunity down leaving me sick for a week or so.  I actually had to regurgitate old articles to publish because I had no steam left. But, I'm back. I'm waking up now. My eyes are open and my mind is clear. I have to choose this route because if I choose to dwell in it -- it'll surely kill me. Thank God I didn't throw in the towel, because if I had, I wouldn't have seen all these little miracles happening. I'm choosing to keep the faith.

For more of Deb's articles, please visit: www.debrapasquella.com or join her on Facebook and Twitter. Check out her cooking blog for some of her famous recipes!
at October 01, 2014