What a Wonderful World… Is it? (WARNING: Graphic photos included.) 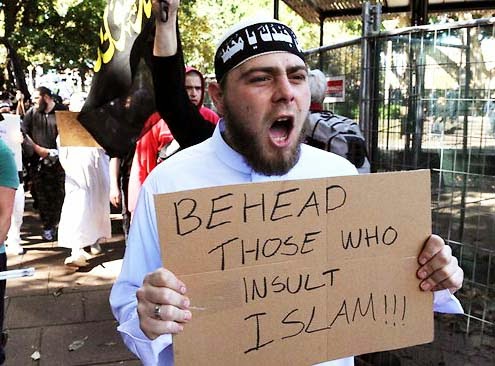 It hit me just this morning: I don't care. You know, as a part of my faith of being a Christian and trying to wrap my head around all of these horrific events that are taken place in the world, my thoughts on this is, I really don't care anymore. It sounds very 'gloom n' doom' -- but it's not supposed to come across that way. For instance: this world we live in is so very temporary. We're only here for a fraction of what it's like to be on the other side (whatever you deem to be the other side), so why does this place, this earth, this world, matter? I'm speaking in terms of being feared by terrorists, or getting freaked out by ebola becoming airborne and hitting the United States. What about Anton Nolen who just beheaded a co-worker after he had just gotten fired. He was trying to convert them to Islam and failed miserably. ISIS is here, or -- they've been living among us for a very long time. There are Muslim extremists who plan to behead as many Americans as they can. The threat is very real. Live beheadings can be seen on Youtube. Young children taken by the sword -- a genocide which is taken place right at this very moment. There's a cop killer survivalist lurking around in our backyard right now. Cops can't seem to find him. He's like the new domesticated bin Laden. I hope he has a camera so we can see it on some reality TV show. That'll make for good ratings. People love seeing that shit. 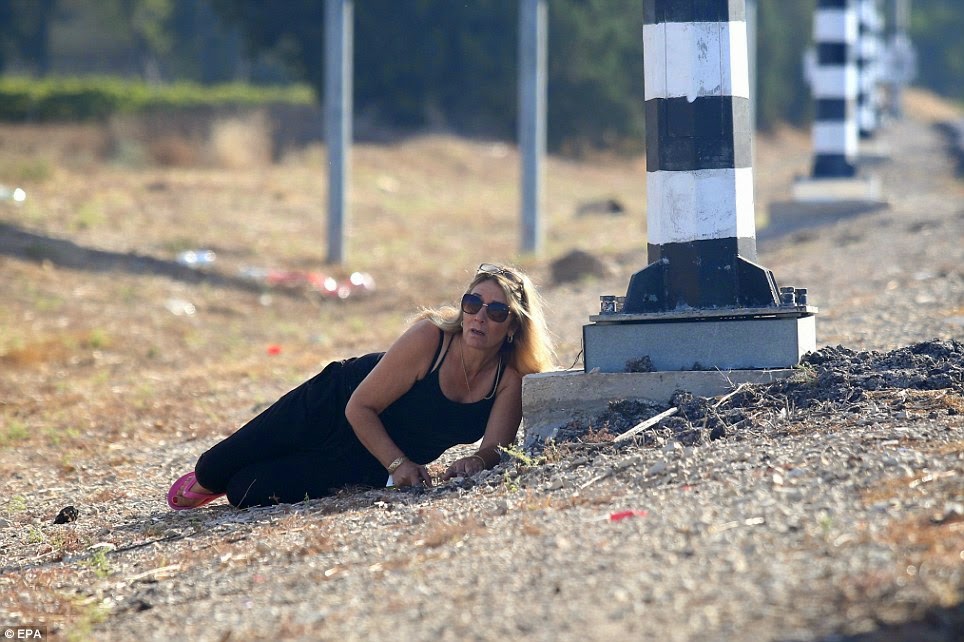 Out of all the venues that social media has to offer, I am obsessed with Twitter. And I'm not talking about posting up all of my inane puppy and food pics, but I do a lot of research on there. You get to hear from the general public what's really going on around the world. I watched a terrified woman on her way to work in Israel when she had to stop on the side of the road and hide, because bombs were flying toward her area. She recorded the entire thing. I can see live streams of demonstrators protesting something important and get a glimpse of what it's like to be in their world, even if I'm in my bed at midnight safe and sound. Maybe this is why I have insomnia and anxiety. I'm like a human sponge. I take it all in and wonder: wow, imagine if that happened here? I knew about the ebola outbreak months before my friends and family ever even heard of it.

Images too graphic for you? THIS is what's happening in our world. Look at it. 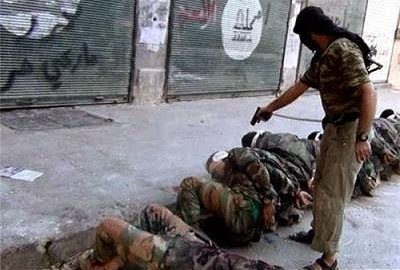 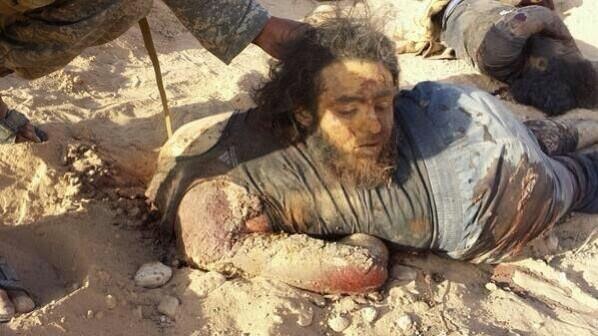 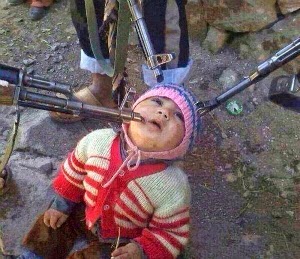 I read about earthquakes that are happening 'at that moment' -- I can literally ask the world, "What's going on?" It's not a platform for recycled puppy and kitten videos or inspirational photo quotes. It's much more than that, or at least, the way I utilize Twitter. You can go 'head and shut down my Facebook, my Youtube and my Instagram account, but don't you dare touch my Twitter…as obscene as that sounds. I rely on Twitter for my news, for my entertainment and engagement with other Twitter users. I rely on that platform for anything I need -- even finding out about dog food recalls and other related news on how to take better care of your pets.

Okay, enough of that. Getting back to "I don't care" -- I really don't. You can bomb me, behead me and pump all the chemical warfare crap right into my pipe -- I'm checking out regardless. We all are. All of these fear mongering idiots are just trying to make our lives lived in complete terror and chaos. I'm ready to go. Think about all the people you had to bury or see turn into ashes. Dust to dust… How many people do you know living with some terminal illness or who are living their lives in chronic pain?  How many people do you know who are like myself who suffers so terribly from anxiety and depression? That's a prison you never want to be forced into. But we still have to live our lives here on earth like a big movie played out until the end, or at least, the end of our part.

My thoughts on everything that I have spoken about is so brilliantly put into words by the great George Carlin. 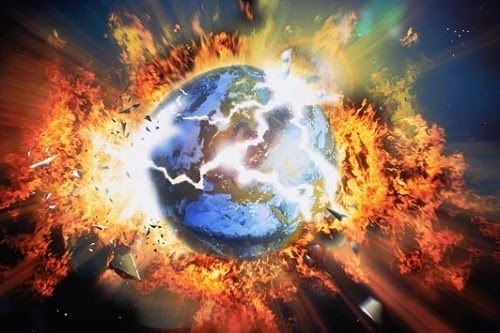 Let me tell you about endangered species, all right? Saving endangered species is just one more arrogant attempt by humans to control nature. It's arrogant meddling. It's what got us in trouble in the first place. Doesn't anybody understand that? Interfering with nature. Over 90%, way over 90% of all the species that have ever lived on this planet, ever lived, are gone. They're extinct. We didn't kill them all. They just disappeared. That's what nature does. "We’re so self-important. So self-important. Everybody’s going to save something now. “Save the trees, save the bees, save the whales, save those snails.” And the greatest arrogance of all: save the planet. What? Are these fucking people kidding me? Save the planet, we don’t even know how to take care of ourselves yet. We haven’t learned how to care for one another, we’re gonna save the fucking planet?

I’m getting tired of that shit. Tired of that shit. I’m tired of fucking Earth Day, I’m tired of these self-righteous environmentalists, these white, bourgeois liberals who think the only thing wrong with this country is there aren’t enough bicycle paths. People trying to make the world safe for their Volvos. Besides, environmentalists don’t give a shit about the planet. They don’t care about the planet. Not in the abstract they don’t. You know what they’re interested in? A clean place to live. Their own habitat. They’re worried that some day in the future, they might be personally inconvenienced. Narrow, unenlightened self-interest doesn’t impress me. “Besides, there is nothing wrong with the planet." Nothing wrong with the planet. The planet is fine. The PEOPLE are fucked. Difference. Difference. The planet is fine.

Compared to the people, the planet is doing great. Been here four and a half billion years. Did you ever think about the arithmetic? The planet has been here four and a half billion years. We’ve been here, what, a hundred thousand? Maybe two hundred thousand? And we’ve only been engaged in heavy industry for a little over two hundred years. Two hundred years versus four and a half billion. And we have the CONCEIT to think that somehow we’re a threat? That somehow we’re gonna put in jeopardy this beautiful little blue-green ball that’s just a-floatin’ around the sun? The planet has been through a lot worse than us. Been through all kinds of things worse than us. Been through earthquakes, volcanoes, plate tectonics, continental drift, solar flares, sun spots, magnetic storms, the magnetic reversal of the poles…hundreds of thousands of years of bombardment by comets and asteroids and meteors, worldwide floods, tidal waves, worldwide fires, erosion, cosmic rays, recurring ice ages…And we think some plastic bags, and some aluminum cans are going to make a difference?

We’re going away. Pack your shit, folks. We’re going away. And we won’t leave much of a trace, either. Thank God for that. Maybe a little styrofoam. Maybe. A little styrofoam. The planet’ll be here and we’ll be long gone. Just another failed mutation. Just another closed-end biological mistake. An evolutionary cul-de-sac. The planet’ll shake us off like a bad case of fleas. A surface nuisance. You wanna know how the planet’s doing? Ask those people at Pompeii, who are frozen into position from volcanic ash, how the planet’s doing. You wanna know if the planet’s all right, ask those people in Mexico City or Armenia or a hundred other places buried under thousands of tons of earthquake rubble, if they feel like a threat to the planet this week. Or how about those people in Kilauea, Hawaii, who built their homes right next to an active volcano, and then wonder why they have lava in the living room.

The planet will be here for a long, long, LONG time after we’re gone, and it will heal itself, it will cleanse itself, ’cause that’s what it does. It’s a self-correcting system. The air and the water will recover, the earth will be renewed, and if it’s true that plastic is not degradable, well, the planet will simply incorporate plastic into a new pardigm: the earth plus plastic. The earth doesn’t share our prejudice towards plastic. Plastic came out of the earth. The earth probably sees plastic as just another one of its children. Could be the only reason the earth allowed us to be spawned from it in the first place. It wanted plastic for itself. Didn’t know how to make it. Needed us. Could be the answer to our age-old egocentric philosophical question, “Why are we here?” Plastic…asshole.

So, the plastic is here, our job is done, we can be phased out now. And I think that’s begun. Don’t you think that’s already started? I think, to be fair, the planet sees us as a mild threat. Something to be dealt with. And the planet can defend itself in an organized, collective way, the way a beehive or an ant colony can. A collective defense mechanism. The planet will think of something. What would you do if you were the planet? How would you defend yourself against this troublesome, pesky species? Let’s see… Viruses. Viruses might be good. They seem vulnerable to viruses. And, uh…viruses are tricky, always mutating and forming new strains whenever a vaccine is developed. Perhaps, this first virus could be one that compromises the immune system of these creatures.

Perhaps a human immunodeficiency virus, making them vulnerable to all sorts of other diseases and infections that might come along. And maybe it could be spread sexually, making them a little reluctant to engage in the act of reproduction. Well, that’s a poetic note. And it’s a start. And I can dream, can’t I? See I don’t worry about the little things: bees, trees, whales, snails. I think we’re part of a greater wisdom than we will ever understand. A higher order. Call it what you want. Know what I call it? The Big Electron. The Big Electron…whoooa. Whoooa. Whoooa. It doesn’t punish, it doesn’t reward, it doesn’t judge at all. It just is. And so are we. For a little while.

For more of Deb's articles, please visit: www.debrapasquella.com or join her on Facebook and Twitter. Check out her cooking blog for some of her famous recipes!
Anton Nolen beheading death ebola George Carlin ISIS life social media The Big Electron Twitter