My Letter to Kathryn Knott: Will You Publicly Apologize to the LGBT Community?

Before I start my letter to Kathryn, let me just say that it's very disappointing to see so many people still committing hate crimes. It's truly terrifying, because I look at these folks who allegedly had beaten up two gay men while walking down the street and they look like people I would hang out with -- they looked normal, well dressed and friendly. Was it because they were in that wolf pack mentality? When large groups are together, if one lashes out, usually the others follow. I guess humans do it too. I wonder if the situation was a bit different, say two women holding hands walking down the street -- would they have attacked them too? Gay is gay, right? But in my opinion and experience on being a lesbian myself, I find that gay men and transgender people get the worst responses from the general public -- or should I say, the ignorant public -- the hateful public. And not to say that lesbians don't get their share of idiots crossing their paths, but there is a slight difference in the quantity of these crimes and actions. Some you can blow off, while others are extreme -- extreme enough where it impacts an entire community. It's sheer terrorism. Is that term too extreme? I don't think it is. To have people who are gay, lesbian, bisexual or transgender be afraid to walk the streets of Philly because a few assholes decided that it was a good idea to attack them is in fact, terrorism. The fact that Philly doesn't even have a law to protect their citizens from such a crime -- oh wait -- just the LGBT citizens, is considered terrorism in itself, by itself. You are telling your LGBT citizens: you are not protected because you live a different lifestyle that isn't approved by…us.

I've read what happened and I also read your tweets.  I'm sorry you had to delete your Twitter account. It exposed a lot on who you truly are. One of them was quite interesting:

I have to wonder, if you saw my wife and I walking down the street, would you feel the need to attack us? We worry about that a lot when we're in public. We don't believe in PDA - but if we were to be holding hands, would you "ew" at us and make antigay slurs?  The fact is, you look like someone we'd hang out with. I guess going by looks alone doesn't quite hide the ugliness inside. What if I was your sister? Would you shun me the same way? Would you beat me up just because I liked someone of the same sex? Or, are girls different? What was it about these two men that offended you? Did it bring up issues about your own sexuality? Were you mortified seeing a happy couple who were holding hands in public? Do you ever wish you could hold a girl's hand in public? Yes, I said "a girl's hand", because I truly believe homophobia is a result of hidden desires to be homosexual. People hate what they see in themselves. 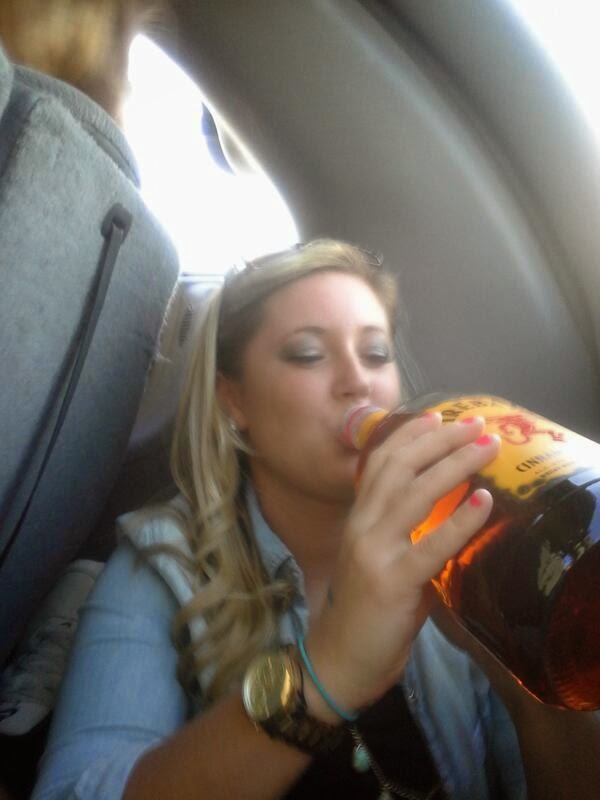 Alcohol is like Pandora's box. Once you reach a level of intoxication, the box opens up and all of your truths are out in the open. With the combination of your homophobia (or closet homosexuality) plus the alcohol -- your truths led you to assault these two men. Didn't you get enough hugs when you were younger? You had a really nice job over at the hospital too. It's a shame you betrayed them by posting photos of patients' x-rays. That says a lot about your character right there. How much hate do you have to have inside you to treat people so inhumanely?  What about your poor father? You've embarrassed not only yourself, but your dad must want to hide under a rock. Is Daddy getting you out of this crime? Probably not. I hope he lets you pull up your big girl panties and do this all on your own -- like an adult -- like a "civilized" adult. Hmm, one who has civil rights, as opposed to the LGBT community not having that luxury in your state. You're pretty lucky…until now. There are consequences to each action. I know, because I'm far from perfect. But in the same breath, I truly hope you learn how much pain you have caused your community and your family. Why am I only picking on you and not the other gay bashers? Because it's clear through your tweets that you're an ungrateful, spoiled little gay bashing homophobe who has no respect for anyone else --- not even your own father. Your character throughout the years has proven to everyone how hateful and dangerous you are to society. Go 'head -- roll your eyes at that last line, but you know it's true. Your father, Karl Knott worked his ass off for 30 years with the Abington police who was hired as Chalfont's chief of police just recently. All the claims you made about kicking down a door at a raid that your father brought you to, was a lie. Your own father basically called you a liar. How many people got 'anonymous tickets' because you told a lie? Someone cut you off, so you took his license plate number and Daddy made it all better…am I right? 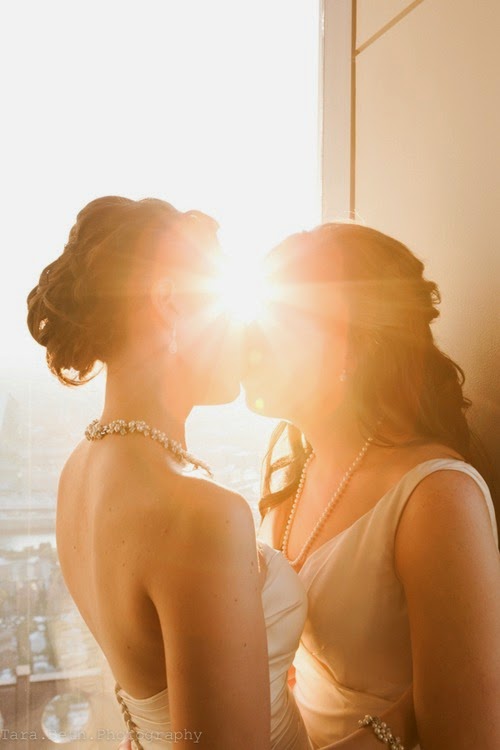 You're young. You have so much to live for. You're obviously intelligent, in terms of education and work ethics, But life itself is much more than school and careers. It's common sense, common courtesy, respect for others, the ability to relate to every type of person in our society. It's about being humane, it's about making a difference. It's about making people feel good with a genuine heart. Don't you think the LGBT community has a right to live their lives without the threat of being beaten up in the streets? There has to be deep seated issues brewing underneath that pretty face. When I look at you, I see a hurt child. I see someone who has been denied the right to be herself. Who are you? Why do you hate gays so deeply? Who hurt you? Because this wasn't a normal everyday fight on the streets -- this was revenge on someone in your past, or someone who's hidden inside "you". It would be interesting to check back with you later on, like in 10 plus years to see if you're still living life as a heterosexual. I believe God put us on this earth as a casting crew. We're all in this big movie where God puts scenarios and tests us to see what kind of character we are. I'm hoping that this incident gives you a better character in the future. I hope that you learn from this huge mistake (among others) and realize that people like me, my wife and other gay couples who just want to live a peaceful, happy life just as you do, deserve the same respect.

I don't wish bad on you. I wish happiness, peace, love and development of character. I hope you can truly look within yourself to see where all of this hatred is stemming from. Remember, people are inspired by how others live, not by what they say. Set an example and come forth and apologize publicly to the entire LGBT community -- in every single state --- and show them your sincerity. Will you take the challenge and publicly apologize?  I know words may be meaningless, because actions speak louder -- but by your action of getting up there and publicly apologizing speaks volumes. And hopefully, just like that -- you'd be forgiven and there would be some level of hope left.

Wishing you the best,
Debra Pasquella