The Chicken Flew the Coop 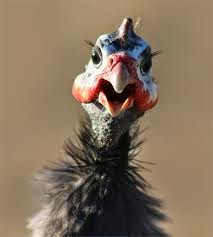 There are so many reasons why couples fight and quarrel with one another. Some spats have nothing to do with the topic they're arguing over and some are quite explosive and targeted towards an "offense". Anyway, it's always one spouse thinks they're doing absolutely everything while the other thinks they're doing the same, when actually, they're really not doing diddly squat. The only reason why I'm letting you in on one of our spats this time is because…it's kinda funny. Being that work from home and have time during the late afternoon to clean, shop and cook, etc. - I usually start preparing dinner the night before, like defrosting meat or just prepping the veggies for a pan of something or other. I get up early in the morning with my wife, cook her a full breakfast - nothing 'continental' like muffins or pastries along with her coffee. I really cook healthy breakfasts for her. When she gets home, she is usually served a gourmet dinner - for the love of God, even my burgers are gourmet - nothing you'd see at a diner. Well, at least I try. This week it's been Chinese takeout food because I have had the biggest bout of insomnia due to my nocturnal seizures. I've been so wiped out that I nearly burned the house down the other day by leaving the burner on a high heat with the pan and a spatula which was made out of plastic. The plastic on the handle burned and melted off. The entire kitchen was up in smoke. We both ran toward the kitchen area. Luckily everything was fine. 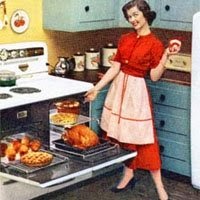 So the other night I took out an 8 lb chicken to defrost. I wanted to make a nice roasted chicken dinner with fresh organic greens. I was all set and ready. I even moved one of my meetings over an hour earlier so that I could have a good 3 solid hours of cooking. Madelene works a. lot. I mean, a. lot. In fact, she doesn't have a day off for the next two weeks. Her late nights are sometimes brutal, because she sometimes has to stay even later than her "late night". (She's there, no affair or weirdness going on I think.) We've been arguing over her schedule for the past, umm, 18 years or so. She doesn't have quality of life. She lives an hour away from her family and doesn't get to visit them as much as she should. It makes for a very unbalanced life - but whaddya' gonna do? This is her job. This is what makes her the highest amount of money.

I flipped out once I heard that there was going to be another late late night. The first hour of lateness, I didn't even get a call - or - I did, but it went straight into voice mail. So by the second hour of lateness, she received a text that said, "Where the bleep are you?" The chicken was resting in the refrigerator all snug and ready to be roasted for tomorrow's big dinner. So when she came walking in, we fought the same fight we've been fighting over for the last 18 years. It gets exhausting because I already know my lines and so does she. It's like, "SHOWTIME" and basically, a really horrible rendition of every other fight we've ever had in the past. 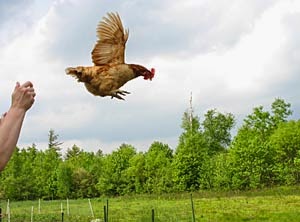 Deb marches into the kitchen, digging her high heels into every fiber of the new hardwood floor they worked so hard for. She opens the one year old fridge by the edge of the door and not the handle, because Miss Madelene keeps putting off calling the company to fix it or replace the missing part. Deb's eyes gleam at the chicken resting so peacefully in it's corner. She grips it firmly, picks it up and marches over to the sliding glass doors and out onto the deck. The deck is about 20 feet high. The poor chicken is catapulted from Deb's grip, straight into the night sky, eventually making a big "THUMP" onto the grass below.

For more of Deb's articles, please visit: www.debrapasquella.com or join her on Facebook and Twitter. Check out her cooking blog for some of her famous recipes!
arguments domestic goodness flying chickens marital problems relationships