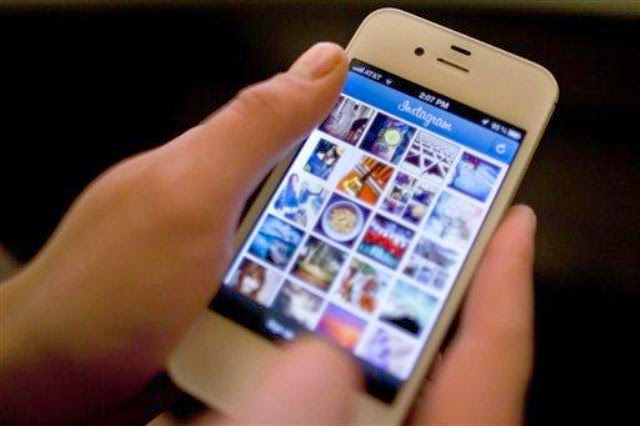 This may or could be a part two of my previous post, but a bit more focused on our obsession with our smartphones. Even I have to sometimes catch myself and consciously turn my ringer off or tuck it away when I'm in the company of other people, especially in a restaurant. But it goes beyond just being rude in general. We're so focused on capturing that perfect rainbow or that amazing view of the mountainside or that incredible sunset right before nightfall, that our minds forget the actual moment. We cannot enjoy that moment, because we're too busy trying to capture it all onto our smartphones and then loading it up onto social media. I did an experiment and refrained from grabbing my iPhone because I saw a huge owl sitting peacefully up on a phone wire, on the road next to us. I could have gotten a great shot of it. It's my favorite bird in the world. Instead, I watched him jerk is head around and I looked at all of his beautiful colors, until he opened up his magnificent wings and flew away into the valley. I don't have to flip to the Instagram version of it because it's so incredibly vivid in my mind. The other day, I saw the most amazing black clouds moving in over the lake, giving it an eerie appearance. Mad said, "Take a picture!" I did. In my mind. Oh n' trust me, I'm not going to stop taking beautiful scenic pictures, but once in a while, I'm just going to sit and enjoy them like I did way before smartphones came out.

It even goes beyond smartphones. We have iPads and tablets we can cart around with us. My wife and I used to go to our favorite sushi bar every Friday night like clockwork. We sat with the same people and ate the same thing each time. It was always the same scene with the couple next to us: the husband engrossed in whatever he was doing on his iPad to which he neatly propped up against the divider of the sushi bar window. His wife either brought a girlfriend along to chat with or she would just remain silent for the remainder of her dinner. There was no conversation between them at all. I looked over from time to time, watching him flip through car sites and scroll down his Facebook feed. It's not uncommon to walk into a restaurant and see everyone's head bowed down texting or scrolling while in the company of friends and family. We've become so connected, that we're disconnected from the world right in front of us. Even when we were at the beach, people were on their phones - even with the bright sun gleaming down and a beautiful ocean in front of them - they were scrolling and scrolling and texting and texting.

Last week, I unplugged completely for one day. My wife and I were spending the day together. It was kind of funny, because I saw her struggle with the inability to maintain unplugged. All I said was, "Oh, we need eggs when we go to the farm market." She quickly grabbed her phone to put it on her digital list as well as trekked through a few sales that were brewing in our local supermarket.  I would call her "the proficient smartphone user". She's really not a frivolous texter nor does she go on social media - maybe once a month - if that. She's a huge researcher and loves her music. So when she uses her phone, she really enjoys her device. I have to say I never mind her using her phone in that way - but if she was just texting and constantly taking photos of her food (like I do sometimes), I would be a bit peeved.  On July 21rst, we brought flowers to my father's resting area and said a few words. I saw her take out her iPhone and start scrolling.

"What are you doing?"
"Trying to find a scripture I wanted to say in my eBible."
"My father just wants your presence. He'd rather you say, 'I miss you ya' big botchagaloop!' Put your phone down."

Mom stood there, asking my dad for a sign - a hawk as he promised. Not even 30 seconds later, I felt something poke me in my shoulder. We all turned around and the biggest hawk with the wingspan of a jetliner dipped down so close to us, screaming loudly - almost like, "heyyyy  heyyyy heyyyy" - and then flew back into the mountains. I have never, ever seen anything so beautiful before. And no, I didn't capture it on my iPhone. You won't see that on my Instagram. But my mother, my wife and myself will always have that memory in our minds and in our hearts. The only thing I captured was the site where he rests along with the flowers. And in the background of the photo, you can see his face almost. I guess it's like seeing Jesus on a piece of toast type of deal, but nonetheless, it comforted us.

So once in a while, unplug. Put your phones away. Enjoy the people you love to spend time with and always remember, that you will always remember those moments much more than you would if it were on Instagram. Also, the day I unplugged, I focused a lot on my music, played guitar and wrote handwritten songs. I actually became more creative and it also helped me with my writing, even though I didn't blog at all. I took time to read instead, which is the key to great writing. (Not that I'm great.) If I watch someone play guitar, I learn from their techniques and discover new and different ideas. Same way if I read a book or an article, I learn different ideas and ways to approach topics. You can't be a writer if you're not a reader. Same way as you can't be a musician without the love of listening to music.