Have You Ever Come Across an Educated Person Using Ghetto Slang?

- July 23, 2014
Every time I hear someone use a slang word for a particular race, religious person or someone from the LGBT community, I cringe - even if I find out later on that the word isn't so much a bad word. For instance, about 15 years ago, I remember my wife brought home a friend of hers for dinner. Now my wife and her friend are both Puerto Rican and share very similar things, like food, culture, family, etc. They're used to certain words being thrown around that I'm not familiar with, and of course some in Spanish. Now I admit, I can be sensitive to certain things. With that being said, while making dinner, her friend looked over at what I was cooking and said, "It must be a gringa thing." I shuffled into the office and typed into Google "gringa" and saw a slew of people commenting on how "gringa" was a derogatory term for a white person. I also saw some comments arguing, saying that it wasn't a bad term. So, I remained quiet, cooking and seething.

The next day when I went into the office, I had asked my cubical buddy, Alicia what "gringa" meant and if it was bad. She also happens to be Puerto Rican.

"Ooooh mama, that's a bad word. Who said that to you?"

I instantly saw red. Just the fact that this woman had the nerve to stand in my home, stand in my kitchen, eating my food and telling me it was a "gringa thing" fired me up. And I was hearing this firsthand from someone else who shared the same culture. Madelene kept insisting that this was not a bad word and that Alicia was wrong. So, I chucked it up to "debatable" and then began to use it toward myself in front of some of her friends and family - like - "Ah, I'm just gringa, what do I know," whenever they would reference to something of their culture I wasn't familiar with. Some would shoot me a look like, "Oh no she di-int!" And others shot me a look, laughing at me, surprised that I even knew what gringa meant. 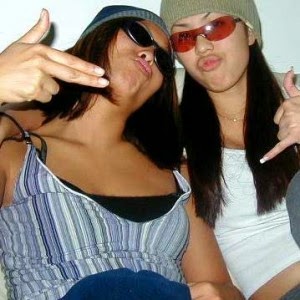 While waiting on line at the DMV, I was in the midst of a huge melting pot right before my eyes. You had 5 Hasidic men sitting on metal chairs talking loudly into their phones, a few black people rustling around trying to make their way towards the next agent, and a few hispanic girls who were chatting about 20 topics at the same time. It was like watching a bad talk show on meth. One of their friends came back from the station where she was talking to one of the pleasant DMV agents and started complaining about how she was mistreated. She was using 'gangsta signs' and throwing her arms up making her seem like she was holding a fake gun.

So, I hopped onto my phone to Google, "blanquita".

It states, "The root word is "blanco"/"blanca" which means white. and the -ita is used to show affection or it could also mean little. Most people think this is derogatory or mean, but in reality, it's not. it just depends on what way it's used.

So is this the same as the "N" word being OKAY to use - like if you're pumping fists with your friend and you call him your "N" - so that's OKAY? And I know that with "white privilege" and all that bullshit that it shouldn't bother me that someone said "blancita" or "gringa" - but why reference a particular race if it can possibly offend someone?  In my own personal opinion, whenever I hear someone using a slang word to describe someone, I instantly think it's just downright ghetto.

And to the single girls talking all this 'slang' in public:

"You can't be ghetto and talk like a sailor, and expect prince charming to walk into your life. It's either pimp or drug dealer. Choose wisely." - Author unknown

And get this - even "I'm" not even "allowed" to say "ghetto", because I never lived in the ghetto, so therefore, it's bad etiquette to even refer to it.

When I first started dating Madelene, I noticed how well spoken and educated she was. She came from the Bronx, but hardly held the accent that I expected. She didn't use slang or "ghetto terms" to show she was still apart of her environment. She was brave enough to break the mold of her surroundings. To be completely honest - I am not particularly attracted to hispanics due to my own experience of seeing how some of them acted back in school. Reminder: Mad and I met when I was just 19 years old, so I was just fresh out of high school. My experience with hispanics were good - but I didn't want to date someone who spoke offensive slang. It was a major turnoff.

Which brings me to conflict. While sitting outside my wife's office waiting for her to get out so I can drive her home one evening, a good friend of hers was just walking out. She was also Puerto Rican and also from the Bronx. Madelene was helping her with something. Anyway, she had opened my passenger side door, stood there and started talking to me (loudly) about how she was "banging" Madelene's customer. She was very animated, motioning her hips all while describing this to me. During her explicit performance, Madelene's manager walks past this horrific "ghetto" scene.

"You might want to tone that down." he suggested, as he passed her.

Not only does this look horrible in front of a prestigious company, but it made Madelene look bad too. I was more upset over the lack of respect she had for Madelene's place of work than I did about how she was jumping around like some idiot, pretending she had anything of a phallic nature to describe her rendezvous with a very well known customer. Now, this also looked bad on the customer too. Here's a woman in her late 40's acting like some 17 year old street thug who just got laid. All around: bad gig.

With all that being said, let me first say this: I realize that your environment, the people who you surround yourself with can pose a great influence on your behavior. I know that not everyone acts this way or conducts themselves like the above mentioned. I met Madelene - and I know that there is proof that there are some people out there who share the same culture, background and environment that do not act this way. But sadly, it's rare, or so I find. In my culture as an Italian American, we will always be a culture divided - a culture that will be always considered "white privileged" and have derogatory slang thrown at us just for being us. Madelene says, "Well you're not white, you're Mediterranean." 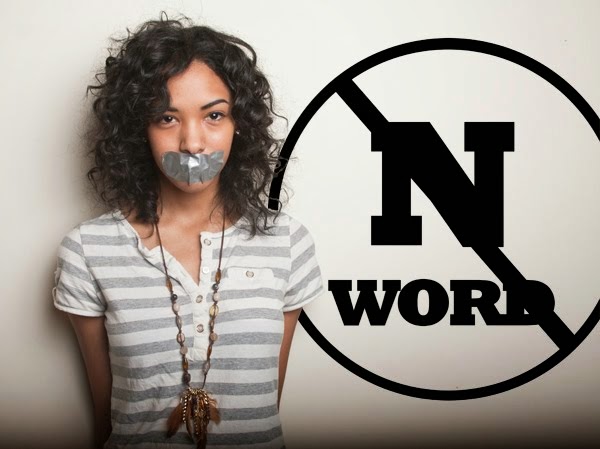 And here is my worst pet peeve: white or hispanic people feeling comfortable blurting out the "N" word for black people as though they had the right to do it. I do not care if you're adding the "a" at the end of that word - it is still so very wrong on so many levels and it makes you look like a ghetto racist pig. What's even scarier is, I'm seeing many smart and educated young people using this term just to "fit in". And if you think by deleting a post on Twitter, Facebook or Instagram is going to help you discard everything you've ever posted, you're wrong. It's all in their databases. So, when you finally get to the top top top of your game and career, or if you ever dare dabble into politics, that will all come up to the surface. Whatever you post on the net stays there forever. Deleting posts does absolutely nothing, until one day you become famous or have a high profile career. If you break the mold like my wife did, others may follow. And I'm not saying to lose yourself, your culture or accent - I'm only referring to the offensive slang that comes with the territory sometimes.

For more of Deb's articles, please visit: www.debrapasquella.com or join her on Facebook and Twitter. Check out her cooking blog for some of her famous recipes!
blancita blanquita ghetto ghetto slang gringa gringo racial issues racist using the N word