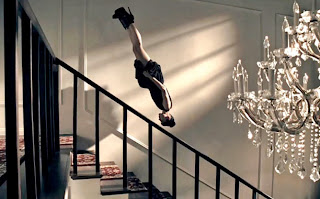 Last night I got to finally watch American Horror Story. I have to say it was really interesting with a bit of seediness to it, but they gathered a bunch of great actors in this show. Anything with Kathy Bates in it is worth watching. The bulk of it was about witches -- mainly, witches who didn't appear to be witches. They weren't your average frizzy gray-haired zaftig broads, well except for Kathy Bates, but they were your everyday average women, from young to middle-aged. But isn't that how it is in real life? Do you believe in "witches"? I always came across "good witches" ---so they said. They were only to cast "good spells" and "good karma energy" as well as prayed to goddesses or 'the universe' for good fortune and health for all. Even though my faith is in Christianity, I never excluded people of different faiths, even faiths I was warned about. I remember a friend of mine who was Wiccan. She was also one of the local psychics in our town. We would hang out occasionally and she would ramble off something about my personal life out of the blue, thinking she had this 'intuitive' feel that something in my life was about to 'shift'. She was always wrong. I just chucked it up to a "wannabe witch". She'd dress up is these long flowing oversized shirts with half crescent moon and star designs while wearing a slew of crystals for protection. She smelled like a small candle shop that had way too much inventory. Despite her beliefs and whatnot, I always found her to be funny and exciting to be around. One day while having lunch, she said to me, "I'm casting a spell tonight that 'so & so' will pass away. He's sick anyway." I was confused, because I thought spells and casts were only meant for 'good" --- this wasn't "good' in my eyes. She explained to me that it was of good, and if he passes away, he will no longer be in pain, and then she can roommate with his wife because she needed an affordable place to live. I didn't question the obvious. I remained silent and slowly drifted away from that friendship, hoping she wouldn't cast a spell of "goodness" on me. 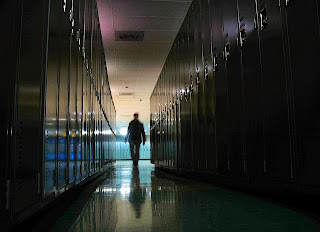 Years ago, I remember coming across a teacher who was very open about his "religion". He was a satanist and explained to his students how it was just another religion like everyone else's. He explained how most Christians are against it because it was just "different" and explained the history of it, making it seem 'not so bad'. Nobody really cared, they were just fascinated that this man with the jet black hair and the thinly shaven beard that curled up like Satan's at the tip of his chin, was just too interesting to complain about. He was also an incredible artist and sculptor. (If any of my old friends are reading this post today, you'll definitely know who I'm talking about.) He taught social studies. For some reason, I could never pay attention to him because he had this nasally monotone voice that just drove me insane. So one day, I decided to head over to the cafeteria and have coffee and a cigarette outside, instead of sitting in his classroom bored to death. As I was walking down the hallway, I noticed it was only me. It was so silent and empty. When I turned around to see if there was any ounce of life leftover after the bell rang five minutes prior, there he was -- my teacher -- walking behind me. I faced forward and then thought, "Oh just fess up and turn around." When I turned around----poof-----he was gone. Just. like. that. The hallway was once again, empty. After that period, I went up to my friend who was in that class. I asked her, "Did he leave the room while he was teaching?"  She said, "No, he was there the entire time."

Fast forward seven years, I was working for the Sorrento Cheese Company in their accounting department. The controller (my boss) was named Steve. During the interview, I knew something was up, but wasn't quite sure. His office was very bland, dark and had gargoyles on each corner of his desk and entrance of his office. Gargoyles aren't seen as "evil", but they are creepy little critters if you ask me. Steve was very pale, tall, skinny with jet black hair and jet black beady eyes. He hired me on the spot and I began working there for quite some time. During those times, I noticed some strange things. He never liked me giving any of my coworkers attention. He'd ask me to come to his office and figure out what was wrong with the ledger reports. I'd always come to save him, especially when he made a $17,000.00 error in the budget. I always saved his ass. This time, he sat me down and stared at me. I was trying to explain what was wrong with the calculations and when I looked back up, a dead, blank stare --- almost draining the life out of me. The one thing I noticed was, his eyes went ALL BLACK. No whites whatsoever. I felt dizzy and had to sit down. I told him that I thought I was coming down with something and apologized. Not even a week later, I got a call from Madelene and hour before I had to leave from work. I never used the phone for personal use so it wasn't an "issue". All of the sudden, I turned around because I felt heat on me --- it was Steve staring me down with those strange black eyes you'd only see in horror movies.  I dropped the phone in the middle of my conversation and passed out. I woke up in a locker room with the secretary putting water on my face while lying down on a bench. She said, "You're alright. I saw everything. You're not going crazy. Stay away from him." How can I stay away from my boss? I stayed a couple of more months, until he said very inappropriate, sexually harassing statements to me. That day, I left. No sexual harassment reports. No having to deal with anything, other than finding a new job. 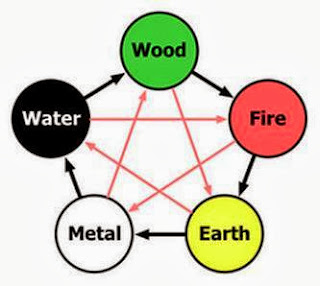 In my own faith, we're taught that the five pointed star is a symbol of the devil. We're also told by people who practice Wicca that it's not a sign of the devil, but a symbol of the five elements: earth, fire, water, air and metal. Years later, due to the people of this religion wanting to make this more "accepting", the metal was replaced by "spirit". The thing is, the five elements of earth is just that. There is no spirit. In Christianity, we are taught that Jesus' followers are not of this earth - we are of the Spirit. We are not supposed to worship the earth, we are supposed to appreciate it only. This is why the pentagram or the five pointed star goes against our grain. It's opposing. It still symbolizes satanism, even if people of Wicca want to deny this fact. It's in our history which cannot be changed. They used the same symbol. I once walked into a small shop that sold incense oils, candles and crystals and they had a huge sign on the door that explained the pentagram. They said that it was not to be feared or deemed as "evil", but only of the nature that surrounds us. They said it was "good" and not evil. It was almost like methinks thou dost protest too much, but I went in knowing my faith, secure with my own level of understanding and acceptance. Please don't get me wrong,  I don't 'down' any religion that's against my own, but it is only out of my belief and understanding to which I grasp onto. To each their own...?

For more of Deb's articles, please visit: www.debrapasquella.com or join her on Facebook and Twitter. Check out her cooking blog for some of her famous recipes!
American Horror Story Christianity devil faith five pointed star halloween pentagram religions scary spells and casts Wicca