Is Obamacare Similar to the T-4 Program? 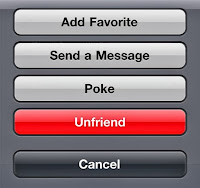 Between Facebook and Twitter (mostly Facebook), this government shutdown is really shutting down many friendships online. Here's my belief: nobody knows anything about what one party is doing and the other's not. They can go on and on about how Obamacare is affordable, while the other one can go on about how expensive the coinsurance and out of pocket deductibles are. On top of that, it's been said on the news that if we don't opt for the insurance, we'll then get fined for it. Everything is debatable. My question is: if the insurance is good enough for us, then why isn't Obama and his family going on it? But that could be a good explanation of some sort of private insurance the POTUS receives. I don't know enough about that. I'm not even sure if Obama handed in his birth certificate. Did he? Who cares, right? And if you've been reading me for some time, you know I have those "tin foil hat" conspiracy theories of mine and that I can be a bit extreme with my views. But remember, I chose to vote for Obama this last term because it was the lesser of two evils...and of course, all those promises made were just so appealing. But! ... But! I'm trying to learn and listen and also trying not to be so passionate about something that is so out of my control.

So I tried to gather more information from various sources. 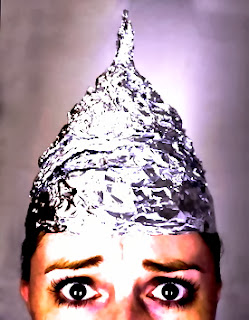 The internet can be a great source of information or a giant cesspool of crappy news from opinionated blogs that resemble "journalism". Many Christian news sites have very extreme views that kind of took me by surprise, but when I read up more about it, I started to get nervous. They were talking about Obamacare being very similar to the T-4 Program that Hitler implemented. In an article written in the Now the End Begins, a very extreme conspiracy theorist's blog, it reads, "Hitler was very smart, he knew that before he could get Germans to accept the concentration camps, he had to first get them to think of themselves as gods deciding who would live and who would die through the control of a national healthcare system. The creation of the T-4 Program, or the German Universal Healthcare System – did just that. Obamacare is the revived version of the T-4 Program. Hitler would be very proud. From EIR: In July of 1939, a conference of medical professionals was held in Berlin, Germany. Participating were the professors and chairmen of the departments of psychiatry of the leading universities and medical schools of Germany, many of them, the most respected professionals in their fields. The subject? What would be the criteria for determining what patients would be considered to have “lives unworthy to be lived,” and what was the most “practical and cheap” manner of removing them from being burdens on the health-care system—by death." 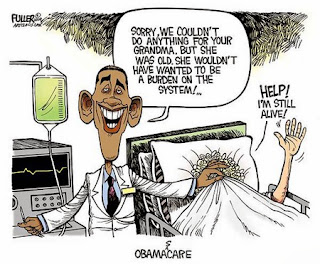 As I read on, it explained about the "lives unworthy to be lived".  Four categories were specified. 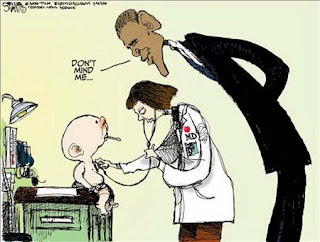 In other articles, I was reading that they would not fund elderly healthcare since they were going to die anyway and it would save them trillions of dollars. They even spoke about euthanasia as means to put them "to sleep" --- like fricken dogs! But, again, these over-the-top websites and conspiracy theories may be just too extreme. But when you compare Obamacare to the T-4 program, it kind of makes you realize how similar they actually are. That's up to you and how you interpret it, but in my opinion, it scares me a bit. Anything can be twisted...in any way, shape or form and anything can be misunderstood. Politics has become more like a religion. You have to "believe" in what's going on instead of concrete facts. There is no "right" and "wrong" --- it just IS. And we have no say in it other than venting it off on Facebook or Twitter. So while your religion says eating pork is a sin, my religion says something differently. Which one is right? Most of my opinions in politics stem from my beliefs as a Christian. I believe that there will be a new world order and this is the very start of it. They even want to implant chips in our hand now. Hmm, now where have I read that before? Things are headed in the direction of which Christians believe, and that's how you get religion intermingled with politics. A nice combination of absolute ridiculousness and "facts" based up pure "beliefs". It's up to us which one we want to believe. 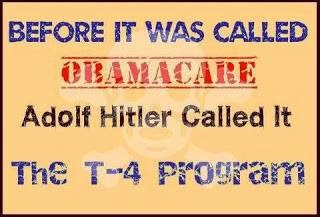 On a political Facebook thread talking about how wonderful Obamacare was, it seemed as though everyone was agreeing. One woman posted, "If you don't think Obamacare is good enough, then you're an asshole." So no other opinion other than her's were good enough, and well, we were just a buncha' assholes since we didn't think like her. I brought up my concern for Obamacare and I was torn down with name calling - it was almost like a kindergartner hissing at me out on the playground. I pointed out why I was concerned over the healthcare plan and even compared it to the T-4 Program and asked if they could read both and see for themselves, but atlas, I was called a "lowlife". I laughed it off and just said, "Heil Obama", but instead wrote Hitler. Oops. My bad. But my point is, all of these political fights on Facebook have become the devil of all friendships far and near. I'm guilty of it too because I am very extreme with my views and I like to dig into the facts (or so called beliefs) instead of just believing the president's word. How many times have we believed the president's word only to get let down? 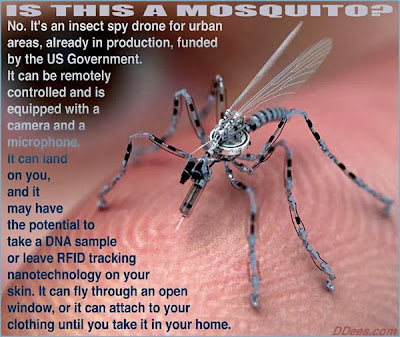 From here on out, my Facebook account will never mention a word of politics. I also want to extend my apologies to those "friends" I have offended with my extreme views, that's only for blogs. I admit, I am very extreme and Facebook is no place for that. Although I still stand strong on my beliefs, I should have never gotten involved in a thread full of non-believers and those who think differently, and of course, those who think anyone else's opposing opinions are assholes. That was my mistake and I'm owning up to it. As far as my blog, you can always "X" out of my political jabber and wait for the next 'fluff' post to come waltzing past your feed. For now, I'm going to enjoy a cup of coffee out on my deck and hope a drone isn't spying on me or the FBI isn't censoring my blog in the search engines based on keywords, or that my Shoprite card doesn't reveal what my grocery list is going to be and base it upon my healthcare plan. Be well, stay well, if not, don't expect Obamacare to care. There's always euthanasia. It's my blog and I can cry if I want to...

For more of Deb's articles, please visit: www.debrapasquella.com or join her on Facebook and Twitter. Check out her cooking blog for some of her famous recipes!
at October 03, 2013