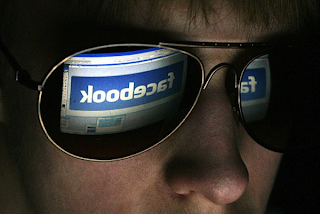 Back in 2008, I converted from Myspace to Facebook. I wasn't used to the blandness of Facebook, oppose to its counterpart, with all the music, glitter and tacky picture displays, (dare I say, bells and whistles), but I switched over because all my friends were on it. It was user-friendly for everyone. On Myspace, most profiles were of public display. It was even possible to track down people who visited your page by a simple stat counter or site meter. It told you the town they were from, a half ip address and the name of their internet provider. So basically, you can guess. If they were still logged into their Myspace account, you would get their picture and profile as well. You can't do that with Facebook due to the lack of html coding. Myspace was strictly based upon html codes, where if you wanted to add a feature to your page, you would have to add a code in the template itself. It was pretty technical for the average Joe. I think that's why many people just went with Facebook. Easy. Simple. Non-techie.  Most people think they're safe with Facebook guarding their privacy. The main thing is, you have to make sure your settings are done correctly and that your pictures and status updates are set to either "just friends" or you can always customize it to your liking so only a few friends can see it. But is that really true? Can other people see your private photos without your knowledge? My answer is yes and no. I say this because I have seen little hackers invade a private account, even tested it with mine.

First of all, let me backtrack: there is this huge "copied and pasted" rumor that's spreading around everyone's status messages. The message reads:

"Hello to all of you who are on my list of contacts of Facebook. I haven't wanted to do this, but after finding all of my photos located on another site, I would like to ask a favor of you…. You may not know that Facebook has changed its privacy configuration once again. Thanks to the new “Graphic app”, any person on FB anywhere in the world can see our photos, our “likes” and our “comments”. During the next two weeks, I am going to keep this message posted and I ask you to do the following and comment “DONE”. Those of my friends who do not maintain my information in private will be eliminated from my list of friends, because I want ...the information I share with you, my friends, to remain among my friends and not be available to the whole world. I want to be able to publish photos of my friends and family without strangers being able to see them, which is what happens now when you choose “like” or “comment”. Unfortunately we cannot change this configuration because FB has made it like this.
1. So, please, place your cursor over my photo that appears in this box (without clicking) and a window will open.
2. Now move the cursor to the word “Friends”, again without clicking and then on “Settings”.
3. UN-check “Life Events” and “Comments and Like”. This way my activity with my family and friends will no longer be made public.
4. Now, copy and paste this text on your own wall (do not “share” it!). Once I see it published on your page, I will UN-check the same." 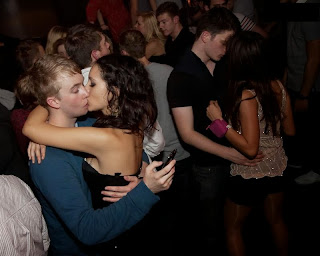 Many people fail to check up on these rumors and tend to believe it. So they all check, "DONE". If they would simply check resources like Snopes, they would have read this to make sure that their info was valid. Nobody cares though. Everyone wants to be private. With so many people demanding their privacy, I see an awful lot of crap being posted up on Facebook that should not be of public knowledge. I have seen PDA and nudity pics, slander, infidelity, trashing others online, even their own family members (which is very trashy in my personal opinion), as well as bad mouthing their bosses...until the boss sees the update. Buh-bye. My question is: why post up ANYTHING on the internet if you are so concerned with your goddamn privacy? For me, I couldn't give a rat's ass if the whole world saw my detailed Facebook account. Have a ball. I wouldn't post anything I would regret later on. But hey, I may delete a pic or two! I have a public Twitter account that I mostly post on. I don't care. I try not to post up the location of my pics just for safety reasons --- but is that even safe? Usually it's hours afterwards I post them up. 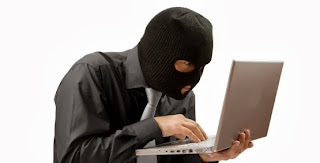 So back to privacy. There's no such thing. I wouldn't worry too much, because hackers usually try for big accounts, such as banks, schools, government, etc., but there are 'small time' hackers that have the capability to tinker through codes and underlining vulnerabilities of Facebook's structure. Once Facebook realizes what's happening through enough reports made to them, they update their 'structure' and code it differently, making the hackers go back on their cyber hunt once again. It's like an addiction -- it's the ultimate challenge of their intelligence, so it's never ending. The real problem here are your "friends" who can see your status updates and photos with a location on them. Your "friends" may have an agenda. How many times have you seen a status message like this? "I'm so excited! 4 more days till we go to Hawaii!!!" Well, it's only 4 days away from your house being robbed. Even just stating you're going to leave your home for a matter of hours is enough time. That's the scary part about Facebook. It happened to one lady who got in touch with her old friend from high school. He waited till he got one of those "going on vacation" status updates, but she was 'kinda' smart. She already had cameras installed in her home and had an alarm system set. Well, not even three minutes of the burglar finally breaking into her home, the cops were there and the cameras revealed who it was. Even if they got away, they would have been caught. So no matter how your settings are, "private", "just me", "custom friends", "friends", "friends of friends" or even "public" ---- someone can tap into another person's account and get all your updates, photos and so on. Your account is NOT private. If you're so concerned about your privacy, don't post it up, because "Facebook privacy" is an oxymoron.