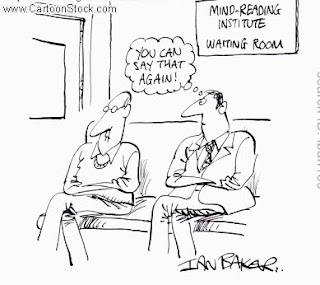 Reflections of self-loathing or insecurity issues:
Why do we blame the people in our lives for what others have done to us in the past? And, not necessarily for the same thing, but by the simple action of transferring ‘unfinished business’, or anger toward someone we’re associating with or dating. I’ve done it, I do it and I may do it again. We have a lot of mistrust, and rightfully so at times. We’ve been burned, we’ve been heartbroken and we’ve been disappointed countless times. You’re nodding... We’ve also put high expectations upon people. High expectations = disappointment. I’ve also found that people who genuinely don’t like themselves very much, are the very people who think everyone is out to get them, or either dislike them for some reason or another. If you come across a person who doesn’t like themselves very much, you’ll immediately think that they don’t like you just by their behavior. They can’t. Just as that expression says, “If you can’t love yourself, how the hell you gonna love somebody else?” It’s so true. That line applies for platonic friendships as well.

Communication is key:
As for me, and my platonic and romantic life, I try to communicate the best I can. I’m not one for ‘roundabout’ chats. If someone wants to speak to me in an ambiguous way, I opt out and withdraw. For me, it’s all game playing - plain and simple. I don’t want to guess what someone else is thinking or expecting out of me. And for that, some people may think I’m quite abrasive. I don’t sugarcoat my words just to please people. I say what’s on my mind and I’m honest to a fault. I don’t want to speak in tongues and have it be misinterpreted one way, when it should have been meant ‘this way’. Why can’t people talk directly anymore? The only person I can fully communicate without using smoke signals or sign language is my wife. We talk openly, bluntly, honestly -- and I love that about us. This is one of the many reasons why we’ve been together for so long. She’s my best friend and I feel like I can tell her absolutely anything without judgment or criticism. And although she may critique an issue of mine, it’s done constructively. Our marriage hasn’t been a perfect one, but with our awesome communication, we’re still hanging in there and ‘eye-to-eye’ on many levels. She “gets” me.

Rejection:
When I first started dating my wife, I remember she had just gotten out of a five year marriage with a man. I had just been on a slew of pointless dates with bisexual women who eventually went back to dating men. In my mind, as soon as she said she was going through a divorce, I immediately withdrew a little and sort of took our entire relationship very casually. I didn’t want to get hurt. Because of the actions of my previous girlfriends going back to men, I immediately threw that upon Madelene. In my head, I thought she would do the same thing. I rejected her numerous times, in fear of being rejected....once again...and on top of that, to a man. To lose a woman to a man is such a surreal feeling. It’s like....really? Is this really happening to me? The women I dated had given me such high hopes, and once I was on cloud nine, the skies cleared up and I fell right on my ass. With all the wounds of falling time and time again, I wasn’t about to get back on that cloud again. I tied a pair of cement blocks around my ankles and made it known that I was semi-unavailable...and that the Hudson River was my next stop. Mad’s not a quitter. This is why I love her so much. I tried every which way to get her to stay away, out of my own fear of getting hurt, but she nudged and nudged. She even sat outside my door, knocking relentlessly, and then left my house and went down to the deli phone booth. (Yes, those were the days when nobody had a cell phone.) She then slipped a letter under my door. Of course, I immediately grabbed it. It was the first time she ever *communicated* her true feelings and stated that she loved me. She said it three times in her little note. My walls came down, and I’m so glad they did. It proved to me she wasn’t like all the others who had hurt me so badly before.

Differences:
People are so different in so many ways. We can’t just slap a label on them, assuming they’re “just like the rest” - it’s not fair to you or that person. In whatever kind of relationship, be it friendship or romantic, I think communication gets lost when either one or both person(s) involved doesn’t think highly of themselves. They start communicating in tongues and you’re there trying to sought out all the encrypted messages. Insecurity plays a huge role in this. We all have different ways of approaching situations, challenges, conflicts and feelings, so why waste time trying to make the other person decipher your encrypted words? Life’s too short to have people guessing. And if you’re in a relationship or marriage and this sounds very familiar - stop. drop. and talk. We’re not mind readers.
For more of Deb's articles, please visit: www.debrapasquella.com
communication Debra Pasquella mind reader relationships self-loathing