Make the Connection: Perfection is Overrated 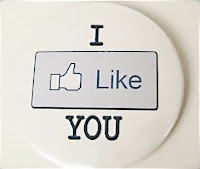 Connecting
Most relationships start off with a simple connection, whether it be something in common or a shared interest. Perhaps the drastic differences brought the level of intrigue higher. Whatever the reason was - the connection was made. It’s up to one or two of the person(s) to “keep” the connection, or simply disconnect altogether. There are some people who meet, connect instantly, and then down the road for various reasons, one tries to change the other. For instance, a friend of mine had mentioned that after she had met her significant other, a few months down the road, she was asked to buy more 'feminine type' of clothing. Being the ‘catering’ type that my friend is, she tried her best to even feel comfortable in more of a unisex style. My question is: if you met her that way, why would you want to change her? If you didn’t like what you saw upon first meeting, then why would you continue to pursue that person? Shallow as that may sound, I also have to ask if the desire to change other people has to do with self-serving, insecure motives to “look better”? Personally, “connecting”, for me has everything to do with depth - their personality - their character. Bonus if they’re a looker - kiss the ground if they can make me laugh.

Disconnecting
We disconnect for many reasons. There are some disconnections I don’t understand. For instance, in some cases, the very thing you loved about that person turned out to be the very thing you now hate about them. You once thought the little snort after his/her laugh was cute, and now, it’s the biggest character flaw you cringe at. We can even get into lifestyle habits and personality quirks that you once loved and thought was adorable, and now, you find it’s somewhat disturbing and unacceptable. Things change. Opinions change. Perceptions change. And yet, the person hasn’t. Maybe it’s the consistency of the relationship and the 'once newness' which has now faded into redundancy that has taken a left hand turn into Boredomville...? People get bored. Marriages are broken up before any effort is made to save it. Relationships are torn apart. Reasonings are getting more and more shallow and “simple”. The word “contentment” is shunned at and seen as “settling for less”, when in fact, in every single friendship, relationship as well as marriage - “contentment” in my world is called true love and acceptance --unconditional love. Everything seems conditional these days. Nobody seems accountable for any of their own actions, except to place all the blame on the other person. When one finger is pointed, three are pointing right back in return - cliche but so true. When you hear the story of a messy breakup between two people separately, they become two separate stories. There's always three sides of the story: the first party's, the second party's...and the truth. 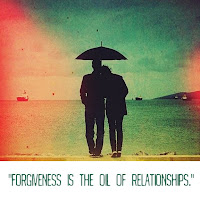 Reconnecting
A couple of my friends are going through messy breakups right now and it had me thinking: have we lost all ability to forgive one another and accept each other ‘as is’? Have we lost the ability to communicate efficiently and come to a common ground, instead of arguing relentlessly over the same thing over and over, until after a while, it becomes a whole new other issue? Soon enough, you’ll forget what even started the argument. Yes, I’ve been there. Even when my wife and I had separated years ago, we acknowledged that we had a communication problem. For whatever reason, we weren’t “open” enough - we were reserved with things that should have been common knowledge. As we developed a foundation of friendship while separated, we reconnected on whole new levels - levels we never even had. I got to know her better and vise/versa. We fell in love, again. We reconnected for good and kept the lines of communication open. That has been the most important thing that has kept us together. Even when we do argue, we still have little spats here and there, but more so, we’re now able to sit down and discuss instead of “yell at” and point fingers at one another. We’re able to forgive...and most importantly, to forget. I say “forget” as in, ‘water under the bridge’, but to remember and learn from it. No grudges are allowed. No anger is to be stored and saved for a rainy day. Cliche as it is - never go to bed mad. Sleep better. Reconnect. Forgive. Forget. Learn. Experience the humanness in every single person you meet. Make the connection. Perfection is overrated.
For more of Deb's articles, please visit: www.debrapasquella.com
Debra Pasquella forgiveness relationships unconditional love