Rejection: Are Your Wheels Big Enough? 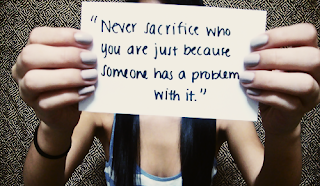 There have been many times where I have met with people of the LGBT community who would say to me, “Well, I used to be Catholic/Christian/Protestant etc., but I wasn’t accepted because I’m gay.” Nobody likes rejection and nobody wants to walk into an establishment (especially a house of God) and feel rejected right when they walk inside. On top of that, because of “people’s” rejections - it automatically sends a message that God Himself rejects them too. And that’s not an easy thing to deal with emotionally. They begin to reject “religion” altogether and either label themselves as “spiritual” or resort to atheism. Usually, there is no offer of another option - no source to guide them to other places that will accept them. Some seek out churches that are more accepting like the Episcopalian churches and others alike. Wherever they are most comfortable is the important thing. Even better if you have a personal relationship with God and are able to pray at home, rather than sit in a pew like clockwork every Sunday with no enthusiasm or passion. With that being said, the other important thing to remember is that people are going to reject us whether we are gay, lesbian, bi, trans, straight, divorced, remarried --whatever the “sin” is - someone will judge us. Someone will ridicule our lifestyle, whether said out in the open or silently simmering from within - we’re going to be judged for who we are and what we do & what we have done in the past. 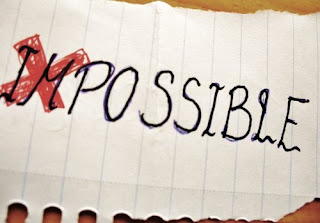 It’s amazing how people expect perfection from others. We’re all flawed so perfectly. We all have our ‘thing’ - and if others cannot seem to manage or deal with whatever our ‘thing’ is - then there are other people who will welcome us with opened arms and with opened hearts. When one rejects us, keep moving onto to the next, and then the next and then...the next. The one thing the devil wants us to do is crawl up like a ball and quit once rejection sets in - whether it be people, a church organization, jobs - anything - don’t give up. There have been plenty of times during my filming of Gays & Lesbians of Faith where rejection took place. I was even criticized for making the film “religious”, when in fact I include other religions in my film as well. The atheists who wanted to be part of it would throw around a few negative comments to discourage me and mocked my faith in God, but it never stopped me. A few religious clergymen tried discouraging me as well, telling me I would fail. Still, it didn’t stop me. Sometimes, it did slow me down to where discouragement almost settled in, but after praying and meditating about it, I knew that this project is important for people who need to get this message.

Then one day, my biggest source of rejection threw me into a depression. I “silently” stopped working on my project. I felt emotionally crippled. I then received an email from a woman named Gail, who I had spoken to seven years ago. She wrote a message on my public Facebook wall:

“I met Debra 7 years ago in a chat room (get your mind out of the gutter, not that kind of room!). My g/f of 15 years had just left me and I was devastated. I had just got out of the hospital after a failed suicide attempt and in little Regina there was not much for support so I reached out online and found Debra. I thank God I did, she sent me her copy before it was published of “A Prayer Away From Healing” I buried myself in that book. I truly believe that if it were not for Debra and that book I would not have made it thought the most difficult time of my life. Debra’s book gave me the inspiration, motivation and strength to carry on so I could find love again. I am so glad I found you again my friend…I love you {{{{hugs}}}}”

I remember that day clearly as my manuscript just sat on my desk collecting dust. I had just received numerous rejections from publishing houses - one after the other - “This is not our cup of tea”, “We’re not the right publishing house, good luck”, to even an email asking, “Are you good enough?” That one took me for a loop because in my mind, I said, “I guess not...” Rejection took me down, until I met Gail. She was in so much pain after her breakup of fifteen years. She was at the brink of suicide...once again. I said to her, “Before you even do anything, please read some of this.” I sent her a Word doc. file of my manuscript. It was silent for a while and then I received an email telling me that through my experiences and similar trials she had gone through, she found inspiration somehow. That’s when I decided to go ahead and keep plugging my book. If I could just save one person, then it’s totally worth it. And with the pangs of rejection still hitting me, I’m pressed to move on, because someone, somewhere, is needing to see this film or read my book. There are people out there waiting to see what others have gone through and how they kept pressing on no matter what the circumstances were. Thanks to everyone who has been apart of this film, to help show how important it is to keep the faith and to show others that rejection is just a bump in the road. Are your wheels big enough to run rejection over?
For more of Deb's articles, please visit: www.debrapasquella.com
A Prayer Away From Healing atelphobia Debra Pasquella gays and lesbians of faith hiding behind guns and religion LGBT rejection