Your Haters Are Your Biggest Fans 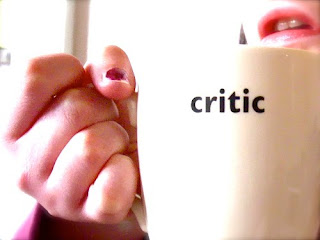 The other day, I read a tweet that said, “Hating others doesn’t show their weaknesses; it shows yours.” I couldn’t find the author of the quote, but I found it to be so true. For instance, if I don’t particularly care for someone, (which is worse than hating someone in my opinion), then I don’t look at their work or even take the time to critique it. I do find that people who “hate” others will take all the time in the world and take every opportunity to let that person know how much they are hated, as well as critiquing their work or whatever they do in life. “Hating” takes time and effort. It also takes a toll on the person who has all the hatred inside their heart. In my opinion, hatred stems from a lack of self-esteem, jealousy, resentment and/or something they hate about themselves. There are so many different areas where this can be applied, whether you’re a writer, an actor, a comedian or a successful businessperson, every. single. person. has a hater or two in their lives. 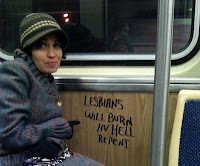 As a blogger, I have had my share of “haters”. Some were religious zealots that attacked me for being a homosexual. Their primary focus was....me. One religious group offered me to live with them in their home, if I would leave my wife, marry this “nice boy from their church”, leave the life of 'evil lesbianism' behind, take my book off the shelves and live a life only dedicated to serving God. Quite an offer, but sadly, I declined. They were relentless in their mission to “save me” and to live the “right life” instead of a dead end road that would lead me into the gates of hell. They attacked me numerous times on their radio shows and said some awful things one wouldn’t think a “Christian” would say. They called me a heathen and when they didn’t get what they wanted from me, I was referred to as “that dumb dyke”. Christianity has a range of people that really should read the bible from time to time. Oddly enough, the fundamentalist Christian woman who had offered me this amazing deal was once a lesbian herself. She’s now an “ex-gay” - which is why this following quote is applicable: “If you hate a person, you hate something in him that is part of yourself. What isn't part of ourselves doesn't disturb us.” ~Herman Hesse 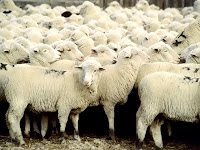 Surprisingly, I’ve had quite a few gay bloggers who bashed me because my views weren’t the same as theirs. I’ve butted heads with many of the LGBT community because I wasn’t this liberal drone moving along with their herd of sheep. In mixed company, I have to leave behind my political and religious views, or else I become the “red” target. I’ve been called everything from “crazy” to “the guilt-ridden Christian lesbian”. Some of the LGBT community were worse than the religious bigots who thrashed me on a continuous basis. Their mission was to take me down emotionally and spiritually. They even critiqued parts of my book to which then, I knew they had purchased, or else they wouldn’t have known that particular section since Amazon.com doesn’t provide that chapter in its free preview. Flattering to say the least. I guess that saying, “Keep your friends close and your enemies closer” is pretty much true. Perhaps you have to study about the people you hate. I don’t know because I have never truly “hated” somebody. If I’m going to make an effort and put all my energy into something, it’s going to be a positive thing - not taking someone down and dishing out all this negativity. What a waste. Nothing good could ever come out of that. 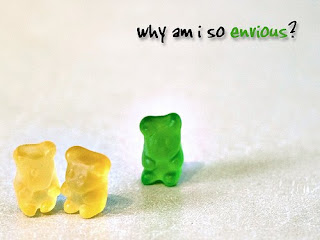 Without naming names, I have a friend who is getting a little flak from “his biggest fans”. I can see to some degree that it bothers him, and I’m not quite sure if he has ever been in that situation before, however from an outsider looking in, I can definitely say that these people are extremely envious. But more importantly, he has to see this for himself. There are times when those “haters” are going to tear your spirit down, and in his case, it may reflect in his work. So this is my little message to him: Whenever you come across those who try to rip you apart, just remember that the most superficial glampots (as I call them) are the most insecure people in the world. They’re not happy with themselves and they never will be. They see the self-confidence you have, and they’ll eventually want to take that from you. You shine through all of them. I remember telling you once, “You sparkle”, and you tilted your head as if you didn’t understand. Don’t ever let anyone take your sparkle away. Although we have different careers, we have the same type of haters. Here are some great quotes that I find helpful and so so true.

"Hatred is the coward's revenge for being intimidated." ~George Bernard Shaw
"Hatred is self-punishment." ~Hosea Ballou
"Great hate follows great love." ~Irish Proverb
"Hate is all a lie, there is no truth in hate." ~Kathleen Norris
"You cannot hate other people without hating your self." ~Oprah Winfrey
For more of Deb's articles, please visit: www.debrapasquella.com
Christianity Debra Pasquella envy haters haters are your biggest fans homosexuality LGBT religious zealots