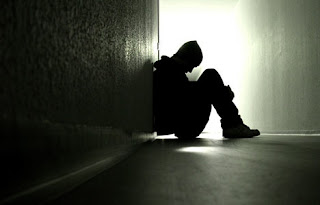 Words are powerful. Many people don’t even realize how much power they have when they open their mouths. Whether it’s a verbal attack on a stranger, friend or a loved one ---they’re all painful. At the age of thirteen when I was in school, I was verbally attacked by someone I was actually friends with. Of course, we were fighting at the time, but those words...those insults...those ugly remarks that twisted like a knife in my stomach. Those words still echo today. On occasion, I still sometimes see this person. We’re in our mid-thirties now, but there’s a level of contention that brings back flooding memories of a time when it wasn’t so ‘cordial’ as it is today. Even though I’ve already forgiven this person years ago, and hey - we were very young anyway - the child inside me is still wounded. If thought about long enough, it can actually bring me to tears. In fact, to even give you a better picture, I can tell you word for word what she said...but I won’t. I just remember the bus ride home was a complete mess. I was brutally verbalized with the ugliest venom. Whether I “deserved” it or not, I ran inside my house, shut the door of my bedroom and cried for hours. After my long crying session, I snuck out to my parents’ bar and grabbed a bottle of scotch and then began to mix it into the iced tea my mom always had available in the fridge. A tall glass of half scotch and half iced tea. I had about three of them. I woke up to my sister’s boyfriend pouring cold water on my face, slapping me to wake up. Luckily I got sick, which saved my life, but my mission was to take my life. I couldn’t face going to school after that. I’d rather die.

These days, kids have access to the most dangerous of all mediums: social networking. Recently, in the same school that I attended when I was thirteen years old, there have been two suicides and one attempted. They were less than two weeks apart. After their suicides, an overwhelming amount of suicidal threats started growing out of control. Kids are setting up “hate sites” on facebook, revealing personal information and unneeded opinions about what they think about ‘so & so’. Once the victim sees everyone joining this hate group, they spiral into a pit of depression. Can you imagine being that age - or even right now, and discovering a hate group dedicated to just you? And on top of that, seeing some of your ‘so called’ friends joining it? How can they even attempt to set foot back into that school? Everyone has a cell phone with access to facebook. Everyone has a camera. It has gotten so out of control and so dangerous for any kid to attend a public school anymore. Some parents have pulled their kids out of that school and then placed them in an expensive private one. Many parents don’t have that option. They have to live with the possible chances of their children being attacked day in and day out. What an awful time for these kids to live in. What an awful time for these parents to worry about this type of thing happening. I wanted to have kids at one time, but seeing how this world is getting, how advanced technology is booming ---I don’t want my child growing up in this hateful world with such easy access to the worst weapons imaginable. They say that sticks & stones may break your bones, but in my opinion, words will kill you off.
For more of Deb's articles, please visit: www.debrapasquella.com
Debra Pasquella Monroe-Woodbury suicides social networking sticks and stones teen suicides