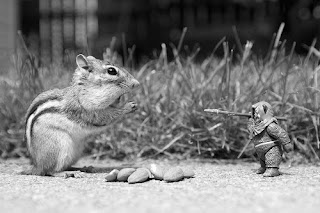 While talking with a friend yesterday afternoon, I was telling her my distaste for people who basically try to ruin the moment, or something you’re enjoying at that particular time. I’ve had a few run ins with this. I’d like to say that I just sat there and ignored it, but 99% of the time I come out of my face and confront what they’re doing. On some subjects, the person may be absolutely right, but it’s just the wrong timing...or is it? For instance, if someone is eating a bucket of KFC --lay off the diet talk. It’s just that simple. We know that stuff is practically forming mounds on the hip area with each bite, but talking about diets is a no-no. If someone is a hypochondriac, try to stay away from topics such as symptoms of illnesses or medical talk. Their minds will run a million miles per minute. I know, I’m a hypochondriac myself. And, just because ‘you’ have a particular medical condition or allergy, does not mean the other person who is in your company needs to get checked for it. Don’t advise it. Don’t suggest it. Just share if you want. 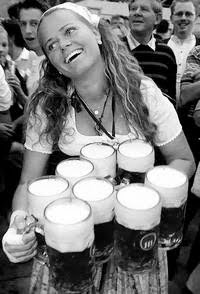 Madelene and I like to go down to this little cozy bar right down the block. We met up with a few friends during happy hour. While taking my first sip of a nice cold beer, one of the friends we were hanging out with starts to go on about how alcoholism killed her cousin. Of course, we were all sorry to hear about that and showed great sympathy toward her loss...but she kept going on... “Well, she started off by drinking that same beer.” As she stared in my direction, I began to wonder if she was concerned about my consumption of beer or if she was just trying to get me on the same wagon she was on. She goes to AA, but she has the will not to drink if she sits at a bar. Usually, a person who goes to AA is advised not to go to bars, but I kept my mouth shut about that. “Maybe it wouldn’t be a bad idea if you went to a few meetings with me, Deb?” I put my frothy beer down on the coaster, looked at her and said, “If my one beer, and the ton of booze on the wall in front of you bothers you so much, why are you here?” She began to look nervous and then said, “I can control myself.” My face became red, not from embarrassment mind you. I then blurted out, “But you can’t control your mouth. You’re trying to make other people feel guilty just because you couldn’t control your alcohol intake. Would you like me to put down my beer and order a seltzer instead?” She shut up after that. 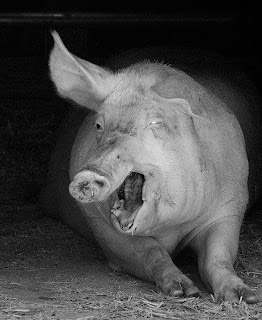 It wasn’t too long until I found another incident where I had a get together at my place and had it catered by a Puerto Rican restaurant. There was rice & beans, pernil (which is pork), empanadas and other Spanish goodies that everyone was enjoying. I realize that some of my friends don’t eat pork, which is why I also bought a couple of pans of different pastas and one of those big subs. There were veggie dishes and everything else for particular eaters. As I’m enjoying my pernil, I had one friend come up to me and started talking about all the carcinogens that is in pork, which can cause cancer later in life. I wasn’t about to tell her about the ton of cheese she ate, which contributes to high cholesterol and heart disease - it was a party after all. As I nodded in agreement, I also said, “Everything in moderation, right?” We rarely eat pork as it is, but if we do, it has to be pernil. Again, she kept on and on about the toxins that are brewing in my dish. I looked at her, stared at her fifth glass of pure vodka (must have been at least three shots in one of her cups) and then said, “I’m surprised your liver doesn’t fall right out on my floor.” She laughed and said, “Oh this? Vodka doesn’t affect me like it does to some people. I can have ten of these and still stand.” I just shot her a look, giggled and said, “Good luck with that.” 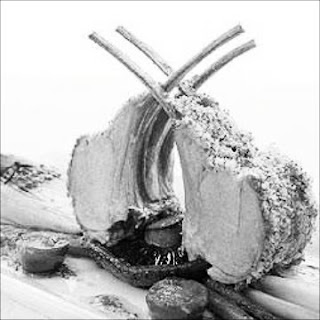 My last encounter was a doozy. We went out with a few of our girlfriends to this really nice restaurant in the city. As our waiter brought over our dinner and we were about to all dig in, my activist-type friend notices that I had ordered the veal chop they had as a special. She wanted to make sure it was indeed, veal. "Oh Deb, what did you order?" I told her 'yes' and then her eyes twitched a bit. "You do know how they treat those poor little baby cows, right? They are milk fed only and are contained in a cage where they are unable to move." I nodded and said, "Well, if I'm not going to oder it, someone else will." She smiled with the most uncomfortable grin and basically let me know her distaste for my taste in food. I smiled back and said, "How's the chicken? It's amazing what they do to chickens in the slaughter houses. You do know that if they are not free range chickens, they keep them cooped up the same way as baby calves, right?" An eye for an eye, eh?

What is it about some people when they can’t just mind their own business? And no, I don’t think they’re “trying to be helpful” - they’re literally ruining something you are enjoying. Even though I hate smoke, I won’t talk about it’s deadly affects while someone is taking a long enjoyable drag out of their cigarette. Yes, there are bad things that happen when we consume too much of anything, but for the love of God, leave us alone and let us live...or die happy.
For more of Deb's articles, please visit: www.debrapasquella.com
activist Debra Pasquella etiquette free-range chicken hypochondria veal