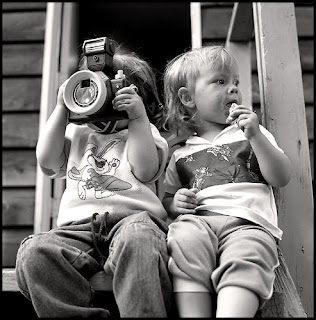 While putting together part of my documentary and trying to organize all the pieces to the puzzle, I began to realize that I was missing an important segment of the film. I contacted the entertainer who was previously interviewed by us to ask if I had given her the wrong footage, and she said something that made sense - something I already knew - but all the more reason to move full steam ahead on this on my own. She said, “You do need a crew. Not only to help you channel your vision, but to help you fan the flames of your brilliance. I believe in you and know that the footage is somewhere!” Hours later I did find my footage, through the rubble of my madness, but her words kept taunting me a bit. I admit, it would be a helluva' lot easier working with a crew, but between the possible weakening of control and my shoestring budget, I doubt that’s going to happen anytime soon. On the other hand, if I found some creative minds to work with, perhaps people who are very much into filmmaking & photography, it would be fun. Believe it or not, it’s very hard to come by unless you are paying them greatly. Many of my friends aren’t into it. It’s just Madelene, me and a camera. 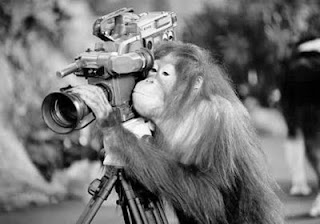 Another reason why I don’t mind doing this alone is that I have always had this vision in my mind - a plan - a purpose - a topic where people from all creeds can come together and help one another out. So in another perspective, I do have a crew: my subjects. The people I interview are the ones giving me their time, their honest views...their hearts. What more can I possibly ask for? A good friend from my past had taught me the basics in photography, filmmaking and editing. I’ve invested in better equipment and “expecting” better quality each and every time. When I contact a publicist and talk to them about interviewing whatever celebrity or entertainer, I always have to remind them that it’s a casual affair, just two girls and one camera. Maybe a small HD cam for b-roll footage. There are no guys holding boom mics are swarming their location with a camera in every corner of the room. It’s just Madelene, me and some creative editing. 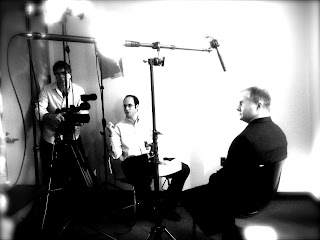 There are no deadlines, only tentative dates. There are no creative conflicts or waiting upon someone else’s schedule, other than the person being interviewed. I’m happy to say it’s just two girls and one camera. It also gives a sense of relief, especially if I’m interviewing someone who lives in front of a camera for a living. It’s not so “organized” and militant. The interviewee has the control: the location, what questions to reject, what questions to accept and what answers are given. We provide food and beverage for their contribution and a great appreciation for their time and generosity, helping to spread the word against hatred. The main theme is about gays & lesbians who have faith of any religion and also, those who only speak out about religious and nonreligious bullies. I’m also having religious clergy of opposing views speak out about homosexuality in general, and those who speak out for our community. I’m thankful that next week, I’ll be hearing intimate and heartfelt views from Ryan Nickulas & TJ Kelly from The A-List NY on LOGO. We’ve spoken a bit about the subject and I’m confident their segment is going to be a very important one. This July we’re trying to book Margaret Cho. Since she is not sure of what date she will be back in NY, we’re hoping to get something in concrete by May or June.

We’re still looking for more people - we’re not done yet! If you are gay, lesbian, transgender and have a deep faith in any religion, we want to hear from you. If you’re straight, gay, lesbian or transgender, with no religion, but the experience of being bullied by religious and nonreligious people, then we need your story. Remember, interviews are super casual. It’s only two girls and camera. (Oh and food too!)
I've dedicated a Youtube channel for Gays & Lesbians of Faith. There are a few segments you can watch over there as well as the occasional blooper reel. I've also created that channel so that I can continue interviewing even when my film is ready to be released. Please contact me if you're interested: deb@debrapasquella.com
For more of Deb's articles, please visit: www.debrapasquella.com
Debra Pasquella gays and lesbians of faith LGBT Margaret Cho Ryan Nickulas The A-List NY TJ Kelly