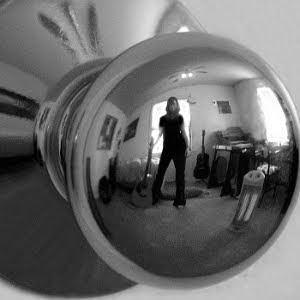 In between writing my second book and still digesting my Thanksgiving dinner, I started to miss my blog. I’m sort of at a crossroad, more like a complete block. While rummaging through Tumblr and Twitter posts trying to find some sort of inspiration, I then got a call from a very special person in my life. We had the most interesting conversation about people and life in general. It’s amazing how much we think alike and experience much of the same things. An hour over the phone felt like five minutes. Without divulging specific events or names, we were discussing how some people are - how they react to certain situations and how inconsiderate, mean-spirited and just plain rude they can be overall. While we all have our faults, we focused more on the people who are more self-absorbed, worrying about their self-image through other people. And what I mean by that is, those who are ashamed to be friends or associate with people who they truly like and admire. Their own insecurities of self-image consumes them, where they find themselves either not attending certain functions or not inviting ‘mixed company’ due to differences in financial statuses or maybe lacking some 'runway model' features. While these people gnaw their way into the whole ‘keeping up with the Joneses’ gig, they miss the core value of life and the meaning of true friendship. It’s solely based upon similar wealth and appearances. While keeping your appearance up to par is always a positive thing, it can also be quite consuming if you’re only doing it to “compete” with others. If it’s not about feeling good about yourself, then it’s just meaningless in the end. 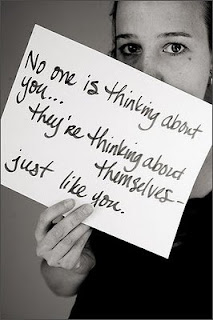 Speaking of the same people, we also trickled into the topic of the thoughtlessness of those who have so much, but give so little. Dare I even say...selfish? My mother always taught me that when you go to somebody’s house, never go empty handed. If you’re invited to dinner, either bring a bottle or two of wine or dessert...or perhaps both. It doesn’t have to be much, but it has to do about the thought behind it: the gratitude of someone inviting you over to their home for dinner. Many people don’t understand the concept of ‘bearing gifts’ at a dinner party or any function at all. It’s not about monetary reasons either - it has everything to do about being thankful. These types of people are going to look back on their lives in their golden years and wish they had done it differently; wishing they would have spent more time with the people they liked better, instead of trying to rub elbows with ‘higher ups’ just to impress the world around them. They always have to get a better house, a better car, a better anything that everybody & their mother are trying to obtain. It has to get exhausting at some point. Is there a moment in their lives when they simply get tired and say, “When will this all end?” I said to my wife the other day, “I’m not so sure if I would want to win the lotto.” Of course I would, but it would be more about living off the interest and living a completely normal life, volunteering, giving to charity and more about how that money provides more time with my wife and family. It’s all about “time”. Some people don’t realize how short life is. If I win the lottery tomorrow, I have won more time with the people I love. I wouldn’t give a rat’s ass if I still had to stay in my small condo forever. It’s all about connecting with the people you care about the most.

If you won the lottery or became rich tomorrow, what would your life be like?
Even now, in your own financial situation, (providing you haven't won the lotto yet) do you give more than what you receive?
For more of Deb's articles, please visit: www.debrapasquella.com
Debra Pasquella getting rich keeping up with the jones lottery