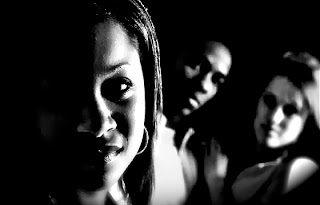 Why do things seem so much clearer once a sufficient amount of time has gone by? In the midst of all the madness, all things are foggy, unclear, confusing and perhaps seemingly ‘not so bad’. The eye of the storm is the most calmest, giving you an illusion of “peace and happiness”; a facade of tranquilness, well at least for now. When it comes to an end, you’ll have the approach the wall of the storm that’s swirling around you, waiting, hoping that you’ll enter its fury. Most of times, we know it’s waiting for us, but we don’t know exactly when we’ll be approaching that wall. For those with half a brain who are smart enough to know that ‘this relationship’, ‘this situation’ or whatever circumstance that they’re in the midst of - it’s as thrilling as bungee jumping. They know the consequences, yet they’re brave enough, or perhaps, bored enough to seek the thrill they’ve been yearning for. They don’t mind the risks, the consequences of the worst case scenario - they just want the thrill, hence the phrase, “thrill seekers”. It’s almost comparable to a drug addict. They’re desperate for their “next fix”, doing anything to get what they’re looking for. They know it’s bad for them, but they need it; they crave the “high” and know that the low is inevitable.

Are you sickened by my metaphors yet, or shall I go on and on? My favorite quote by Einstein: "The definition of insanity is doing the same thing over and over again and expecting different results.” Through experience and also seeing others go through this, I have to say that I’ve been through the insane road of going around the mountain a billion times until I learned that it was no longer fun and wasn’t benefitting me whatsoever. There was no destination other than grief. Why do some people cheat on their spouses, and yet keep them? Is it the thrill of getting caught or is it something they are lacking at home? If it’s something they are lacking at home, either separate from them or be honest and communicate about what you need. But the truth of most cases like these is that they never leave their spouses. I would say 90% of the time too. A good friend of mine is dating a married woman. The woman she's seeing has been with her husband for over ten years but is seeing my friend who happens to be another female. The husband has no clue other than “her friend” is coming over to pick her up. No harm in that, right? This has gone on for a few years now. My friend has fallen madly in love with her, with mutual feelings by the married woman. Of course, the married one had promised my friend that soon, she’ll be without her husband because she wasn’t in love with him and they are no longer intimate. Fast forward two years later, the married woman is in fact, still married and still sleeping in the same bed as her husband.

I’m writing this post with full permission of my friend who chooses to be anonymous, however would like to hear advice from others. She has been around the same mountain at least five times already, whether it be with another taken woman or someone who was married. I called her out on it and said she had commitment issues. She’d rather date someone who couldn’t ‘attach’ so much. She disagrees of course and claims that she just falls in love with who she falls in love with--period. Fine. But what explains the reason why every single person has already been taken? Why not a single person? So, my friend sits around by the phone waiting and waiting....and waiting sometimes, with no response, no phone ringing, no text message, until the next day. “I’m sorry, my husband was here and we went out to dinner with the family.” I know for myself I could not bear the thought of someone I love sleeping with another man every single night while I slept alone just merely thinking of her. It’s not fair to do to yourself. The agony she goes through each and every day is excruciating to watch, and yet somehow, as I’ve said to her before, “I don’t feel bad for you, but I hope you make a wise decision.” This woman is never going to leave her husband - ever. The family bond that these two people have is incredible. Whatever intimacy issues they’re facing is their own, but it’s sad she had to bring my friend into this as a quick and gratifying pastime.

To my dear friend, when will you stop traveling around this endless mountain and take a different route? You deserve so much better and you’re wasting your life on hoping that a marriage will end. What then? What if you two have problems? Will she seek another gratifying pastime if you don’t satisfy her every whim? Think outside of the box and please, jump out of the box while you still have time. It’s too stifling for you. You're just biding your time for something you'll most likely regret.
For more of Deb's articles, please visit: www.debrapasquella.com
betrayal cheating on spouse Debra Pasquella definition of insanity Einstein