Table for Two, Party of One 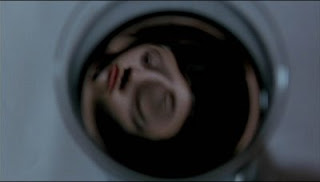 We never wake up to an alarm. Our internal clocks get us up at exactly 7am. It was the first time in probably four days that we had both gotten more than eight hours worth of sleep. We’ve been sick with whatever plagued us, a cold, the flu --who knows, but it was bad. Last night I made a hot toddy for the both of us. My grandma always told me that scotch cures all, and you know what ---it definitely does. I couldn’t believe that I had woken up with such energy and steam to push through the day. Even though I work from home, I was more eager to trek down the street and get my coffee instead of making it. Being cooped up all week with this nasty bug was okay for the first or second day, but day three and four, I was getting a little stir crazy. Sometimes it’s just nice to relax, nurse a flu and turn the world off, but after a while, your eyes start to cross and you wonder if you’ll ever see civilization again.

As I hopped in my car, I realized how bitterly cold it was this morning. I turned the heat on, put my seat warmer on (it’s like a heating pad from heaven) and off I went to grab two coffees and breakfast at a nearby bakery that makes their java better than Starbucks or Dunkin' Donuts put together. The line was longer than usual and the crowd was a bit more upbeat than I had expected, except for one lady sitting by herself at a small round table for two. Her eyes were red and watery, her hair disheveled as though she just rolled out of bed and her long black overcoat only revealed a pair of faded out jeans and worn out sneakers. I looked away to see if the line was moving, until I heard a sniffle. I looked over again thinking maybe she had a cold, but she was crying. “Don’t look, don’t look”, I told myself, but I had to...she was by herself...crying...alone. Naturally, New Yorkers are “insensitive” and they typically don’t want to get involved, especially in anything that has to do with emotional issues, but this lady was tugging at my heartstrings. What if that were me? Maybe she had no one to go to and just needed to feel people around her, so that the loneliness would somehow lessen...

“Ma’am? Can I help you?” I looked around and realized it was my turn to order. I asked for two coffees along with two egg white sandwiches with cheese. I looked back at the woman still sitting at the table sobbing with her cup of coffee. Out of nowhere, not knowing what she liked, I quickly interrupted the girl at the counter taking my order and asked for a regular egg, bacon & cheese on a bagel on top of that. I have no idea if this woman is watching her cholesterol or waistline, but it didn’t matter. I needed to do something. I walked over with a small little white bag with her goodies inside and said, “I'm sorry to bother you, but I took upon myself to order you a breakfast sandwich. I don’t know if this is something you normally eat, but I was hoping it would possibly make you feel better.” She looked up at me with her puffy red eyes, almost confused, and then went inside the bag to find the sandwich and looked up at me again. “Why, why...umm...how do you know I order these here?” For a moment, I was scared she had thought I was some weird stalker, until she said, “This is the nicest thing someone has ever done for me” and then got up and hugged me. I felt her jolting as she was crying. “Are you okay?”

I never knew little things like that go such a long way. I typically don't get into other people's business or get involved, because most of the time, it's more than I can handle. But seeing this woman this morning just broke my heart. I felt like in a sense, she was me, almost as if God was testing me somehow. I couldn't let it go and this was so out of my character because #1. I am too embarrassed to approach a stranger and #2. I always get a bit timid around emotional people, even being one myself at times. I don't know the right things to say or how to comfort those who are crying or upset about something. Although I couldn’t stay and sit with her, at least I left her at that small table for two with a big smile on her face.
For more of Deb's articles, please visit: www.debrapasquella.com
Debra Pasquella do unto others