Both Sides of the Fence 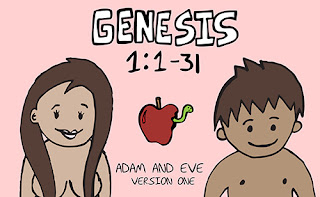 The other day, I had an interesting comment by another blogger on a previous post. It made me realize that there are people out there who still think that all homosexual relationships are “perverted”, and never once considering that it may just be a loving union between two people of the same gender. She wrote, “Someone I know says any same sex relationships has a hint of 'kinkiness' in them. I disagree whole heartedly and we argue. He then says, and yes he's Catholic, so the whole creation of the world is critical in his world, that God created Adam and Eve, and made it possible to procreate ONLY through the combination of man and woman. IF we hope to continue to have people exist, then reproduction is critical, which means He in a way defined a relationship to be between a man and a woman. Thoughts?”

Well of course I have thoughts on this. As far as homosexual intimacy goes, why do people assume that it’s “kinky”? Whether homosexual or heterosexual, any sex between two people can be “kinky”, but for some, just the thought of two people of the same sex is kinky in itself. It’s “perverted” and “unnatural”. Another concern of mine is the thought process some “religious” heterosexuals go through. For instance, any mention of the word “homosexual”, “gay” or “lesbian” means, “SEX”. Being gay or lesbian to me is just a sexual orientation, and by “sexual”, I mean the sex of the person you are drawn to. It blows my mind away whenever I tell somebody that I’m a lesbian, they tend to ask more sexual questions, never asking about the dynamics or lifestyle of being homosexual or loving my partner of sixteen years - they just want to know the sexual aspects of it, which is disheartening to say the least. I’ve even had had questions asking if I still have sex with men. What part didn’t they understand about me being together with someone for sixteen years? So right there is another concern: many think just because you are bisexual, gay or lesbian means that you have multiple partners. Promiscuity is not the same thing as a relationship between two people who love one another.

On to procreation... There are many heterosexual couples who cannot procreate due to health issues. So my question would be: should they divorce or break up just because they cannot procreate? Many gays and lesbians can adopt or go through means of artificial insemination or have a trusted friend donate, to have children these days. Not everyone is meant to have children. Not everyone wants children. Is it a “sin” to be childless? In China, I believe they’re only allowed to have one child per family and in most cases, in hopes for a boy to carry on the family name. I’ve heard many opinions from ignorant people stating that gays and lesbians should not have kids due to their reckless lifestyles. Reckless? So they bulk us all up into a category of reckless, promiscuous, perverted people. They never seem to look at the other side of the spectrum: the relationships of two people who love one another and create a family unit. They never think about those heterosexual couples who have children and end up beating them, sometimes to death, or the parents who do drugs, go on welfare, have more kids so they’ll get more money. There are two sides of every lifestyle. Why not look at it all instead of focusing on all the negative aspects of homosexuality, just because it’s unfamiliar to them? No doubt there are many homosexuals who give those monogamous couples a bad name. There is promiscuity on both sides of the fence
To read more of Deb's articles, please visit: www.debrapasquella.com
at November 11, 2010