Thoughts on Building a Mosque Near Ground Zero 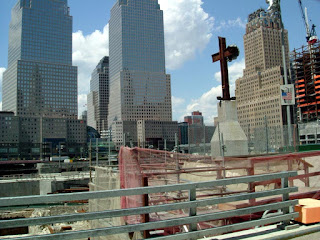 Have you ever caught yourself reading numerous debates and articles about a particular controversial subject, and little by little, found yourself understanding the other side a bit more, perhaps being even more tolerant to what you were initially against? The plan to build a mosque near the World Trade Center site have people arguing and debating to the point of where some of their arguments are completely irrational in my opinion. Most argue from their hearts, and not their heads. For instance, I found myself tangled up in long heated threads of facebook accounts on this particular matter. My two cents always insisted that they shouldn’t build the mosque near the World Trade Center site, because it’s a slap in the face for the families who have had a loved one killed in that tragic event. There was no changing my mind and the thought of a mosque being built near ground zero just angered me. But what angered me the most, was the thought of bin Laden gloating over it, or terrorists celebrating over the fact that they had “put their flag” down, so to speak. Haven’t we been tortured enough? Hasn’t New York endured the worst type of prejudice of all---and all in the name of God? The fact that Ramadan falls around the date of 9/11 had me fuming as well. Muslims all over will be celebrating on the very place to which our people died, all in the name of “Allah”. Or, do you think the people opposing the plans of building the mosque near ground zero are more intolerant than those who don't?

Years and years ago, I dated a man who was Muslim. He taught me about his religion and respected mine, as long as I respected his. From what he taught me, his religion sounded beautiful. It was about love, respect, honor and celebrating with loved ones - much like my own religion. We never debated about anything --we just happened to worship a different God, however, his “God” wasn’t half bad in my opinion. The entire practice of his religion was so enlightening, that it reminded me a little bit of the teachings of Buddhism in a way. So with more understanding of his religion, I know that there are good Muslims out there who are getting a bad rap because a few extremists killed in the name of God. 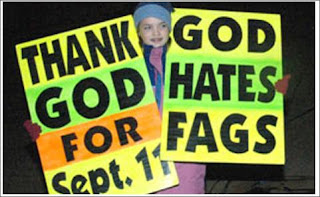 But let’s take it a step further... Think about this hypothetical scenario: a huge LGBT center gets built in New York City. They have special events, varied charities, volunteering to help people in need and overall, just a good place for anyone to visit if they wanted to spend the day there. Then one day, a group of Christian fundamentalists come barreling through the streets with picket signs that say, “GOD HATES FAGS”, “KILL ALL GAYS”, “ALL HOMOSEXUALS ARE GOING TO HELL - REPENT”, and "THANK GOD FOR SEPT. 11!" While all these religious zealots are focused on just picketing, a few of them decide to bomb the place, killing a thousand people or more, all to “save them” so that they can get into heaven...all in the name of “God”. Their reasonings of killing all the gay, lesbian and transgender people were duties that "God" called them to do. Years later, after the ruins, the city proposes a plan to build a church (whether a Trinity Assembly, Baptist or Protestant, etc.), it’s still a “slap in the face” to the LGBT folks since they took such a hit from these “Christian” people. We have to understand that just because we have a few extremists in every religion, does not mean that all of them will kill in the name of God. But, I digress. 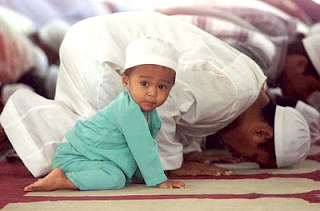 Here’s what I’m really worried about: if the mosque goes up near the World Trade Center site, I am almost certain that someone, whether it be a victim of 9/11, someone who had lost their loved one there, or even someone intolerant to Muslims, perhaps the KKK will come in and bomb the mosque just for revenge. I think the plans to build a mosque spells disaster. I’m not wishing harm to any of them, I’m in fear for their lives. I’m also concerned about the amount of harassment they are going to receive while they are trying to pray and celebrate their religion. Do you really think that building a mosque on the very site to which 3,000 + people died on American soil due to Muslim extremists is going to be peaceful? Again, with every religion there are always extremists. What makes people think that there won’t be another extremist attack on that site again if they continue to fall through with these plans? And I'm not speaking about Muslim extremists --I'm speaking about any person(s), regardless of religion, who is passionately against the building of this mosque near ground zero. Yes, this is the country of religious freedom, but our safety comes first. Respect comes first. I think placing the mosque in another area would create a more peaceful environment and resolution for everyone involved.
building a mosque near ground zero Debra Pasquella Muslim