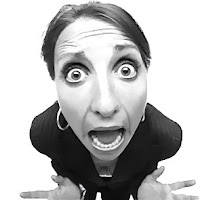 A question that I had been asked years ago by a close friend’s mother still resonates with me: “How are you going to answer to God about being gay?” The most disturbing part about it was, the loud condescending laughter before she asked me the question. It was almost like she was mocking me; laughing at my “disobedience” and unruly behavior, since I was another Christian. I wanted to ask her, “How are you going to answer to God about knocking Him off His throne and becoming the judge of all judges?” Instead, I just kept quiet and let her giggle and repeatedly ramble off, “A lesbian? A lesbian? Are you kidding me? A lesbian?” Yes, this evil little nineteen year old lesbian girl has been hanging around with your daughter for nearly ten years right under your very own nose, bahahahaa! What goes through people’s minds --people who are so “spiritual” and “religious” that they need to sit there and judge as if they were God Himself? I never brought up her drinking problem, although it was evident by the empty tumbler with only crumbles of ice & a bit of scotch left out on the counter when we got back home from school. She was an adult. Adults drink, right? 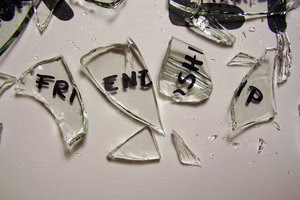 I never did see my friend again. After spending day after day with her, it became less and less, until it became no more. I tried convincing myself she was busy or perhaps, studying, but I would see her out at the same places I’d go to and she was cold, almost as if she didn’t know me any longer. Her older brother insisted to all of our neutral friends that I had hit on her in the past, but to me, she was sister. I guess since I was a lesbian that I must have come onto her at one point, but I never did. It would've been like incest if I ever did try to make a move on her. It truly bothered me that just because I had now come out as a lesbian, that some of my other friends would think I had slept over their houses with “different intentions” in the past. One friend said to me, “Oh, I don’t care if you’re gay, just don’t hit on me.” I looked at her and said, “Please don’t flatter yourself, you’re not my type anyway.” She was highly offended...and that was that. Our friendship was over. It’s funny how people can be so “accepting” and so judgmental in their own little ways. I truly got to see who my real friends were. And funny, the ones I thought were true, were far from being friends at all. 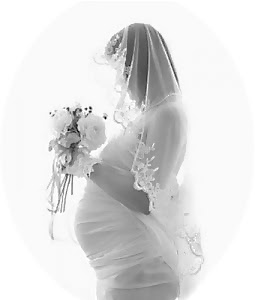 A few years later, the same friend I had lost along with her “religious” mother had a dilemma on their hands: the daughter had premarital sex, got pregnant and then decided to marry some guy she had only been seeing for just a few months. Ah, nothing says revenge better than a pregnant bride. You gotta love the joys of karma. I wonder what the mother would have done if I had attended the ceremony while her daughter wore that beautiful white wedding gown with the little round bulge in her midsection and screamed out, “A pregnant wife? A pregnant wife? Are you kidding me? A pregnant wife?” I could have, but the entire scenario was pleasing enough. It’s not that I sought out revenge, it’s just the fact that I love how God works in mysterious ways. We all have ‘our thang’ - our issues to work out, and it’s not up to us to judge anyone’s life or what they do, because I truly believe that whatever you put out, will snap back like a boomerang and hit you right upside the head.

I never did get to answer my friend's mother when she asked me, “So how are you going to answer to God about being gay?"
Maybe this answer will suffice...
God knows my heart, and God accepts me as I am.
I’ll also quote this scripture, since she solely goes by the Bible:
“Does a clay pot ever argue with its maker? Does the clay dispute with the one who shapes it, saying, ‘Stop, you are doing it wrong!’ Does the pot exclaim, ‘How clumsy can you be!’ How terrible it would be if a newborn baby said to its father and mother, ‘Why was I born? Why did you make me this way?’” ---Isaiah 45:9-10

God made all of us & remember, God doesn’t make mistakes.
coming out Debra Pasquella gays and lesbians homosexuality