Overpopulation Is So Overrated 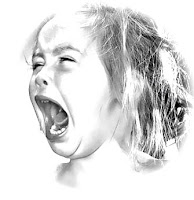 There are days where I just want to shut the world out, live inside my head, turn all TVs, phones, radios and other electronic devices off and listen to nothing other than the fire crackling and maybe a few dogs barking along the way. I was supposed to head into the city today, however after my second dizzy spell, I decided to take it easy and do my work from home. Human interaction is such a wonderful thing, isn’t it? But sometimes, you need that “me time”---that time to just shut the world out and focus on whatever it is you want, if even nothing at all. I had a friend ask if I wanted to join her for a quick glass of wine and talk. Normally, I would, but I just wouldn’t be good company today. I need the complete silence surrounding me and the calmness of just being content as one. I’m so grateful I have that option, because if I chose another path, it would be quite different.

The other night while Madelene and I were grocery shopping, we had seen a woman and her three boys, probably ages that ranked from 3-8. They were running around knocking products onto the floor and throwing things at one another screaming bloody murder. I smiled at the young mother and told her how cute they were, and she just laughed and said, “They sure aren’t right now!” Madelene and I had always spoke about having children, maybe just one, but our life would be so different. I know I’d be a great mother, because I’d probably be very overprotective, but in the same aspect, I’d probably would have the worst anxiety attacks ever because of the lack of control mothers sometimes have. I wouldn’t be able to do my work in peace. I wouldn’t be able to get a full night’s sleep or even have a quiet dinner with my wife. I just don’t want to give up what I have now, which is peace. I don’t want to sacrifice it. Call it selfish or call it what you’d like, but it would be more selfish if I had a baby and didn’t provide enough attention to him or her as they would definitely need. We love to travel and do things spontaneously. The mere thought of all the crazy things that happen in high schools alone is enough to make me want to never have kids. Recently, a kid in a nearby high school was planning on simulating a Columbine-type of attack on the same date as the previous one. He had it all planned out too. This never happened 20 years ago. The worst thing we had, (which was a blessing for those of us who hated school) was a bomb scare that some idiot called in just because he wanted a half a day of school.

From what I have witnessed, I see parents struggling so hard to keep their kids in line. I see the stress on their faces and also, their sadness. I’ve seen parents get divorces because it’s just too hard sometimes. Some face other problems like the lack of time they have as well as the lack of intimacy. I don’t want to be a soccer mom, driving my kid to every single game or rehearsal and then have to haul them over to their friends’ houses only to have to pick them up hours later. I give credit to every mother and father out there. It sure doesn’t seem easy. I love kids, but honestly, I don’t think I will ever have them. I really thought long and hard about it and it’s just not in the cards for me.

I’m sure there are many blessings in having children and so much love that’s given and received in return. My mom raised four girls and said it wasn’t ever an issue or problem raising them. Now she sees what others mothers go through, especially having people who work two full time jobs. I think the world is a balanced mix though: there are people who are breeders and others who are simply meant not to have children. You can thank me later when you see the overpopulation decreasing greatly.
Columbine attack Debra Pasquella having children overpopulation parenting