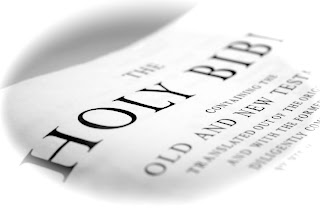 The other day when I had posted my little video to preview a tiny clip from my documentary, I had a few emails along with some commentary on my Youtube account. Some were asking to create the music for my project, while others were simply going on about how wrong homosexuality is. Luckily I received more positive and supportive feedback than anything, but that isn’t the point. I had posted an a little ad over at Blogcatalog, a site for bloggers to share their thoughts, their websites and to find more exposure. There is a section on their message boards where you can talk about general things. I thought it may have been a good idea to see if anyone was interested in doing a 15 minute interview for my film. Some of the responses were supportive and others, well, let’s just say they wanted more of a debate, rather than seeing this as an all inclusive event.

I had one commenter say, “Haha, biblical scriptures to back you up? Uh, no. Even though Scripture CLEARLY admonishes against homosexuality, it's no different than christians who smoke, or christians that get divorced for anything other than sexual infidelity. Everyone sins and so everyone is a 'lawbreaker' according to Scriptures. That doesn't make them evil just as in sin does not equate evil. Sin is just 'missing the mark' or 'falling short' or a 'mistake'. What gets to me is when people try and find loopholes (that are never there) around their sin so they can justify their actions. It sounds to me like an interesting documentary, but I'm not sure why our culture blows up something so small and minute like a sexual preference into a lifestyle, wardrobe, and possibly dialog. It's like Twilight lovers starting to wear all black and fake fangs.”

Another commenter had this to say: "Jesus went to the cross to bring you the real law. The grace of God is not an excuse. Don't say, 'LORD, LORD' or 'Lord, Lord' and think it's enough. Your faith is to be strong enough to quit obvious carnal confusion. Jesus did not pay the price to ransom those who willfully keep following the blind into the ditch or who preach to lead others with them, since wickedness loves company. God's love includes allowing Satan to have souls. The God of Jesus does not block Satan from taking souls and tormenting them.

What you need to do is to ask yourself who is Satan in relation to what you are doing and preaching. You are here proselytizing you know. It sounds very clear to me that you are acknowledging that your relationship is sinful but that it is forgiven even though you do not break it off. Jesus didn't say go and continue sinning. You know that.

'Sin is on earth whether we like it or not.' Well, I don't like it, and it's not going to stay. Sin and the willfully iniquitous, according to Jesus, get separated out. Would it have already happened except that there are lost sheep yet to be found.

As for Leviticus, if you leave it completely out, you are still left with Jesus's clear admonitions against all the various forms of selfishness and harm that he was not obligated to list in some exhaustive, anticipatory, list for the literalists of which you make yourself here in convenience.

He did not say don't have sex with your dog, did he? No, he didn't. Are you going to say that just because he didn't say verbatim not to be homosexual that he licensed it. Well, if we go by that, then anything he didn't name is licensed in Heaven. I know that, that is not correct. In addition, there are many verses that show that Jesus was adamantly opposed to the same sexual deviation Moses also found to be error. Jesus definitely did not throw out all of Moses's teachings. He removed the hypocrisy. He did not remove the prohibition against homosexuality, for it is hypocrisy. If you re-read in complete honesty your own writing here, you will see it.

So, I don't support your project. How I can not do that while asking for God's blessing on you, I reconcile.

Over on my Youtube account, someone said these threatening words, “Doesn't change the fact that the bible tells believers to kill homosexual, and it even tells us how.”

My response: "I have accepted the Lord Jesus as my personal Savior and I do have a relationship with Him. I am also married to my wife ------of the same gender through a minister who is also Christian. If you take a look at the video, you'll see where there is no reference that is made to Jesus saying that homosexuality is a sin. This was taken out from the Old Testament.

What about someone eating shrimp or lobster? Do they go to hell too?
What about a man shaving his beard?
What about sitting next to a woman who is menstruating, and how do we even know these days?

What about those laws? They no longer apply since Jesus abolished those laws when He died on the cross. Throughout the New Testament, they speak about the actions of sexuality, whether it was between a man and a woman or two of the same genders.

What about a divorced woman who remarries while her ex-husband is still alive?
What about premarital heterosexual sex?
Are we all going to hell?

The story of Sodom and Gomorrah was based up on rape----not homosexuality. Many people misinterpret these scriptures.

However, again, I will say whether you believe in Christianity or whatever God you worship, I was only pointing out that there are many gays and lesbians who are spiritual ---so I was asking if anyone was interested or knew someone that wanted to be in the film... Nothing in this film is going to be debated upon. It's all about personal experiences. But if you wanted to debate on here and tell me that I'm going to hell, then back it up with valid scriptures and I will back mine up too.

P.S. 'Not having sex with your dog' would be under bestiality..."

The thing is, this film is about all faiths, whether you are Christian, Jewish or Hindu - this film is about your religious standpoints and reconciling your lifestyle. Does your religion say it’s a sin? Do “people” of your religion say that being a homosexual is a sin? It’s about people discussing discrimination and adversity of what they had been through due to religion being the common denominator of these debates. It’s not all about gay Christians - this is about gays and lesbians of “faith”---whichever faith they belong to.

The discouraging wave of hateful people out there in the name of religion gives me such a bad taste in my mouth. No wonder there are so many gay atheists out there who simply are scared to death to come to God or even be spiritual, because they feel that they are doing something wrong, because someone said it was wrong. We’re supposed to uplift and edify people - not tear them down and reduce them to a pile of worthless ashes. Any “religion” will tell you that. It’s fascinating to also see many so called Christians who worship Jesus to tell us that we’re going to hell and that we’re disgusting for being homosexual. They reference to only sexual aspects of the union - not the loving relationship between two people of the same gender. It’s always referenced to sex. But when they think about a man and a woman getting married, it’s all about the union and relationship - sex is never an issue. So with this documentary being talked about, I feel like I have stepped back a few years when I was debating over scriptural references and what they meant (or were interpreted as) with other Christians in a combative way.

It makes me wonder: how can there be so much evil in religion?
Christianity Debra Pasquella gays and lesbians of faith homosexuality is homosexuality a sin LBGT