Is God That Simple? 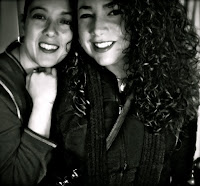 There have been so many times where I needed my mother’s advice on dating or just finding the right one. The problem was, she never wanted me to date or even leave the house for that matter. She just wanted her youngest daughter to stay put, say, well into her late 100’s. I would not be able to leave the nest, unless of course, some rich Jewish doctor swept me off my feet, as well as both my parents for that matter. That dream didn’t live up to its potential, however they did adore Madelene when they met her 14 years ago. Even though they had just found out that Madelene was my partner, when they got to know her as a person, it wasn’t so much about their daughter being a lesbian, it was about their daughter being happy. Madelene was smart though: she knew how to work my dad over in her favor. She always came over bearing gifts - not for me mind you - but for the king of the castle. It was her way of trading a camel in for his daughter. She brought him anything from specialty chocolates, wines and goodies to elaborate fisherman collectables in order to get ’in good’ with the big guy who owned Deb. For the first time in history, I then invited my first girlfriend for Thanksgiving. For anyone who knows me, that’s when you know “it’s serious”.

My poor Madelene went through hell and back with me. I wasn’t a bed of roses to live with, yet I tried my hardest to make her happy. I remember about 12 years ago, when we were living in our first apartment, we started going to this Christian-based church in the next town over. I found out that they had a gay ministry. Of course, I was like, “Wow, they accept gays and lesbians here!” But I was wrong. It was an “ex-gay ministry” they had, to which they tried to lay hands upon me and cure me of this disgusting and detestable disease. While Madelene was working late, I would trek over to the church and talk hours with the pastor regarding my lifestyle as a lesbian. I had spoken to a couple of the members of the ministry who really gave me a run for my money about how bad it was to be gay and to still be Christian. Oddly enough, these two women still live together as a “couple”, yet they made a vow of celibacy. Of course this was well after menopause (I’m guessing), which sometimes means . . . Oh well, you know. 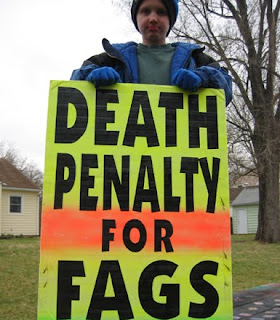 Well, maybe it is a sin! Maybe if I go celibate for just a week, I can try to be “cured”. That week was more like two days and the struggle began, because I was absolutely in love with Madelene. How could I not share intimate moments with someone who I am totally in love with, especially while living with them? While Madelene gnawed on huge ice cubes and watched me sift through every passage in the bible that talked about homosexuality, our relationship came to a halt somewhat. It was then we had gone to a church service that following Sunday. They were dedicating this particular service for people who were homosexual, who wanted to get out of that sinful life. The two older women who were “celibate” yet still living together got up and shared their testimonies with us. It was then, when I had witnessed such sadness, such guilt and shame for who they “once were” - but they treated it much like alcoholics do: they still called themselves, lesbians. The tears that flowed out from this woman while giving her testimony showed me she was possibly living a lie. She was obeying a church who wanted to condemn her for loving her partner for over 20 years. I almost got sickened by the church’s behavior over this and realized a few people sitting around me were divorced and remarried, while their ex-spouses were still alive. Why aren’t they being cured? By biblical standards, isn’t that still considered adultery? Why aren’t they curing people who eat shellfish? Why aren’t they curing people with tattoos? Why are they only focusing on homosexuality? 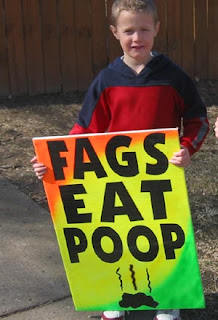 It absolutely baffles me of how simple-minded some people really are. To think that God is that shallow and that “simple” to say: “OK, all the gays are going to hell”, as he wipes the dust clean off his hands. What scares me is, these people are also teaching their children intolerance. They're teaching their children to possibly hate those who are gay and lesbian. They embed it into their minds that God is a hateful God. That God doesn’t exist for me. The God I worship seeks out the genuineness in people; He seeks out the heart and not who we choose to love. We are all flawed in such different ways, we all have crosses to bear, but choosing a mate who is of the same gender is not a flaw. It is a preference. I think it’s sort of sad for people to be set up on a blind marriage, but many cultures do that sort of thing. Why marry someone you have not yet met and risk the potential of living with someone you do not love? That to me is heartbreaking, but I am not the judge. I will not say, “It’s a sin! God will condemn you!” But that seems to be more accepted rather than true love, all because it’s a “man and a woman”. Is God that simple?

This past month, I’ve been trying to get in touch with the two ladies of that ministry. They are still running it till this day and I have called them to ask if they would like to be heard in my documentary on a non-bias level. I would not make them out to be “bad guys”-----I would make them out to be another point of view. Of course with most people knowing where I stand, it’ll seem difficult to put them in a better light so to speak, but I really would like people of opposing sides to be on my documentary. I’m contacting clergymen of the Catholic church as well regarding their views and pointing out their take on the scriptures that condemn homosexuality. There will not be any debates on this film -- only different set of beliefs and core values. Although my views on this are quite strong, I just hope that everyone could be heard and that everyone can truly give their input on what they think is “right”.

With that, if you are a member of a church or a pastor who is of the opposing side, and who feels that homosexuality is an absolute sin, then please feel free to contact me at deb@debrapasquella.com if you would like to be in my documentary. I think it’s important for both sides to be heard, because the Bible is so complex on many levels, which is the reason for misinterpretations, misunderstandings and well as miscommunication among those who believe in the same faith...

Which brings me to the same question: Is God that simple?
at November 13, 2009