Bad for the Heart... 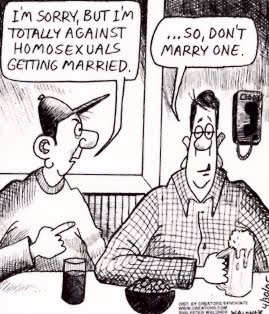 Yesterday I was having a lot chest pains and shortness of breath. Usually, when I go into the ER, they make me take EKG tests, blood work and other cardio tests to ensure that it’s nothing more than anxiety or a bubble of gas. I’ve gone so many times to the emergency room that doctors already know the answer to my ailments. I feel as though they’re all saying, “Oh it’s her again,” as I walk through the ER doors. Last night, I refused to get medical help with my chest pains. Madelene wanted to drive me to the emergency room, but the thought of waiting for hours upon hours to hear it was nothing more than mere indigestion just didn’t sit well with me. I said, “I’m leaving it in God’s hands,” and then went to sleep. This morning though, I felt a tad better, but with a lot of anxiety about what had happened. I’m going to the doctor this afternoon to get a brief checkup and an EKG reading, which sometimes doesn’t even tell you what’s really going on.  Pointless.

My stress levels have been rising lately and partially due to my new project. It should be good excitement, but I’m feeling the side effects of all that positive excitement into a bundle of anxiety. The “what ifs” come to mind and now that I have a couple of well known people that will be in this film, the pressure is slightly on to be a complete perfectionist. I had a few audio problems with my last interview, which my friend is going to digitally enhance for me in his studio to make it sound better and I just found out that my new camera which I spent a good amount of money on does not have a sound port. So with all the mic equipment that I have purchased, this all went to waste somewhat. My sister who works for Sony is lending me a different camera for this weekend while I will be in the city interviewing Amy Beckerman as well as shooting parts of her show. It’s basically the fact that it’s a ‘one man production crew’ (me) which freaks me out somewhat. I’m doing all the camera work, editing and everything else that needs to be taken care of for insurance purposes. Madelene is a big help when she can assist, but sometimes I feel like I’m out on a limb here by myself trying to pull this all together. It may take weeks, months, even a year to get this done, but I’m sure it’ll all come together.

The reason this project is so close to my heart is that people need to be heard. There are so many judgmental people when it comes to religion and lifestyles. They want to slam you over the head with a crucifix and tell homosexuals that they need to be cured. Other religions have the same mindset sometimes. This sets people back somewhat into a corner of resentment, making them completely walk away from everything they have once believed and cherished. Although I have somewhat stepped out of the scene of writing about why I feel homosexuality isn’t a sin, I’m finding myself sliding back, wanting to defend those who need to be heard.

As I went to check the status of my post on a message board over at Blogcatalog, someone posted this comment:

“@Pasquella: There is absolutely not a doubt in my mind that you are one of the most sincere people I have ever had the privilege to meet. I also do not have a doubt in my mind that you have a wonderful relationship with your partner, and this is what makes it so hard. For it is just as wrong for you to be in love with her in that way as it would be if she was a married man with three small children at home. As in regards to Scripture, Romans 1:18-32, 1 Corinthians 6:9-11 and 1 Timothy 1:8-11 are very clear that homosexuality (even that which is practiced as purely as you do) is a sin that needs to be repented of, and arguing that those passages were written by the Apostle Paul is a moot point. For ALL Scripture came from our Heavenly Father to serve as written confirmation of what He wants to personally reveal to us. Please, I beg of you, keep listening for His voice. For our Heavenly Father is the only One who can convince you of what the truth is.”

I understand that there are people who highly disagree with my lifestyle and I appreciate them trying to “save me”, but what I don’t understand is how they can equate adultery with a loving lesbian marriage -- or any marriage at all. I DO see their point and how they came to those conclusions, but here’s what another person had said:

“Also, you want to be sure not to accuse others of judging in the sense where Jesus does not judge. I have not seen in this discussion anyone judging you, condemning you, calling down the wrath against you, or seeking your punishment but rather warning you against doing those things that lead to those things, just as Jesus did.”

But in the same breath, these people are telling me to repent and give up my sin - aka - get divorced from my wife and leave my best friend behind. It’s contradictory in my opinion. I can totally see why so many gays and lesbians turn to atheism, because they are simply sick and tired of judgmental Christians bashing the bible up against their heads. But it’s not about the people - it’s about the personal relationship that others have with God - whoever they worship. No one should be judged and ridiculed just because of their lifestyle, unless they are seriously hurting someone in the process. I’ve gone over this in the past in my blog time and time again, but somehow, it seems to bubble up to the surface as I make my way into filming people who need to be heard.

I hope the people who I am fortunate enough to interview will have the opportunity to voice their beliefs and reassure others that God still loves them, regardless of their lifestyles.  And the entire thread, if you go over to the hyperlink I provided for Blogcatalog was all about people of different faiths---not just Christianity.  It was also to see if anyone was interested in possibly being interviewed about their own personal beliefs, yet there seemed to have been a misunderstanding where all these Christians came out of the woodwork to display a whole lotta' judgments about it.

And now, I must prepare to go see the doctor about my chest pains. Religion is really bad for the heart.
anxiety chest pains Christianity Debra Pasquella homosexuality