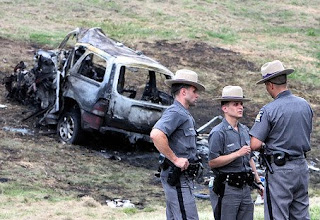 It was a rough morning for me. I had woken up from a terrible nightmare. Sometimes I don’t know where or why these nightmares occur, but this time, I have a feeling it’s because of all the terrible accidents happening nearby where I live. There has been a lot of coverage of it here on the local news. One story just blew my mind.  A 36 year old mother of one was driving along the Taconic Parkway with four other children that belonged to her brother. She drove into a “do not enter” ramp and headed southbound in the northbound lanes. She collided into an SUV killing the four girls that belonged to her brother and three other men from Yonkers that were coming home from a Sunday dinner with their family. Questions were raised: Why did the woman hop onto the wrong ramp with a “do not enter” sign? Why did she travel for so long on the Taconic Parkway in the wrong direction? She had called her brother during her travel letting him know she didn’t feel well. But, they still have no idea as to why she didn’t feel well. 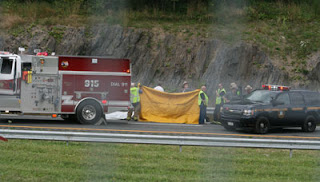 Another accident occurred on Rt 17 in Chester, NY. A 46 year old woman had hit a median guardrail and pulled over the side of the road. But, that wasn’t the tragedy. She had a three year old son in the backseat as well. She decided to walk across the busy highway for some reason. There were no stores or gas stations on either side of the highway, so police have no clue why she decided to walk around. It was then, a big Chevy pick up truck struck her, leaving her dead at the scene. Did she not feel well? Did she have dizzy spells or was she disoriented? No one knows. The older man who struck her accidently was absolutely shocked and horrified. No charges were filed against him because it was evident it was a complete accidental tragedy. They filmed him getting into a vehicle with his hand over his face crying.

With all these strange accidents happening lately, it really makes you think about how short life really is. Last night, in my nightmare, it was me driving the car. Instead of me being the victim, I had hit a young child sitting in the middle of a highway. I got out of my car and put her in my arms as I cried hysterically. There was blood all over the road - all over myself. I called 911, stuttering each word with screams of hysterics in between, clutching the child in hopes she would return back to life. How would I ever live my life after this? I’d be living in my own hell for the rest of my days.

Anything can happen at any given moment. We watch what we eat, try not to smoke and exercise as much as we can to prevent death from knocking at our doors, but how do we prevent unforeseen accidents like these to happen to us? This is why you should always tell the people in your life how much you love and appreciate them every. single. day. until you’re finally pushing up daisies after a long life lived.
___________________________________________________
Edit: Reports have surfaced that law enforcement officials have confirmed that Diane Schuler, the driver in the tragic wrong-way Taconic Parkway crash that killed eight people, was drunk and high on marijuana when she entered the busy roadway going the wrong direction on July 26. ----read more
Debra Pasquella Diane Schuler mother of goshen killed on Rt. 17 Chester nightmares Taconic Parlway