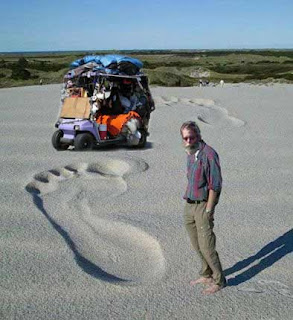 I’ve finally found out why my neighbors downstairs sound like a pack of wild boars walking around. I had thought that it was just a case of an angry stride or perhaps, something had annoyed them. We kept blaming their angry stomps on the neighbor below them. They’re a couple of young kids that tend to pump up their stereo a bit too loudly and have parties every once in a while. I had at times, thought that the two of them were upset with us after we had a get together that ran a bit after midnight or if we laughed too loudly, which happens often.

As I’m walking toward my building, I see my neighbor walking in front of me. She now has a little miniature pincher. As she was making her way into her apartment, I was trying to pass her, when her dog came out to greet me. I stopped and played with him as his razor sharp teeth dug into each finger of mine. My neighbor suddenly opened up and said, “Wow, it looks like he really likes you!” We started talking from there, and as our conversation went on, I looked down and saw the culprit: her feet. This woman has the largest feet I have ever seen on anyone in my entire life. She was wearing these large tan flip-flops that could have been used for surfing. Throughout the rest of the conversation out in the foyer area, my eyes couldn’t help but stare at her feet. It was Bigfoot!

Almost two years of living here, this was my first introduction with this woman. I’ve met her fiance before, who is really friendly, but his girlfriend is a bit more introverted. I got back up from kneeling down getting my share of puppy bites from her little friend and said, “Hi, I’m Deb - the nut upstairs.” She laughed, and then said, “Oh, we’re the nuts downstairs.” (No name given.) Which is fine of course, but I can see her social interactions were a bit limited - maybe because we practically live on top of one another. I know some people prefer their privacy, but it was nice to finally get to meet the woman who sings, Evita, McArthur’s Park and Don’t Cry Out Loud in her shower. Frankly, she’s pretty good to tell you the truth. Now I can definitely put a face (as well as her feet) to the voice.
Bigfoot Debra Pasquella neighbors