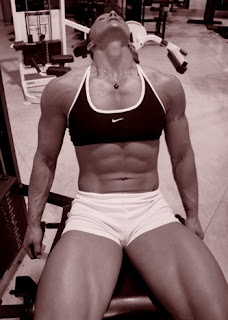 It’s not surprising at all to see pigs at your local gym. And what I mean by that is, there are too many people lacking in personal hygiene or the respect for others as far as wiping off their gym equipment. As I’m waiting for this rather large muscular woman to finish with her tricep machine, which looks as though you’re sitting on a chair backwards, then pulling in the levers - I noticed that she was done with her sets. She got up, to which I had expected her to walk over to the clorox wipe box and pull a few of those puppies out, but instead, she shuffled her amazon self over to the next machine. I decided to walk over to the machine and give it a once over. She had left ass marks on the seat. Not only were they cheek marks, but it was a little puddle left behind. I would have wiped it off myself, but I have never, ever once in my life seen anything so nasty as this at a gym.  Pigs! 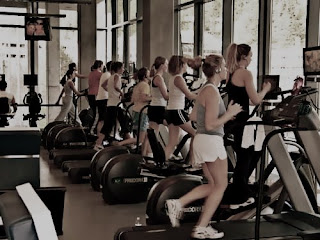 The entire episode left a bad taste in my mouth, so I left the weight circuit area and just decided to do a little cardio instead. Ever since the recession, as odd as this sounds, everyone and their mother has joined a gym. It’s bad enough people are losing their jobs, but it’s worse because now they are at the gym during the day playing volleyball with the swine flu. The owners of the gym decided that it would be a good idea to place more cardio machines inside so people don’t have to wait on the dreaded line to elliptical and stairmaster hell. The bad part about having more machines inside for everyone is that now we’re so much closer together (not in a good sentimental way mind you) but if you slide your hand on the levers ‘just so’, you can literally hold hands with the next sweaty guy or gal next to you. I happened to accidently bumped hands with the next fella’ working out, who happened to also be very sweaty and then ended up giving me a little smile and tried ‘small talk’ with me. No...  Thank the good LORD he didn’t smell. If he did, I would have gagged and left the gym to run circles around the parking lot. I gave him credit for keeping up with his daily deodorant and cologne rituals. 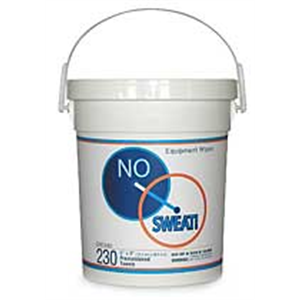 So whether it was the disgustingness of the remaining sweat on the machines or if it was the collision between my hand and that random man’s, I have now ended up with a nasty cold of some sort. I’m going to purchase gloves for my next visit to the gym. I am totally serious - they’re not workout heavy weight lifting gloves - they are for sanitary reasons.  And no, they are not latex medical gloves, but ones that are disposable that have a towel-like texture to them. I may start looking like some freaky female version of Michael Jackson, but hey - I don’t have to touch the slimy stuff lurking around at the gym anymore.