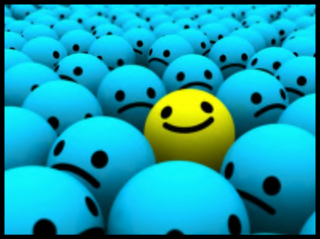 There are people who write and there are people who aren’t able to express their feelings onto ‘paper’. Maybe it’s not about being “able” to write or express themselves; maybe it’s more about fear. Have you ever come across a person who writes poetry and you ask to see their work and they get all shy? What about blogs that keep getting deleted by the author? People are so afraid to get it all out there and the one word that comes to mind is: vulnerability. Nobody wants to be critiqued or ridiculed for what they think, what they feel or how they express themselves with words. They hate rejection - we all hate rejection, but if we don’t receive the criticism we need, then how do we become better writers or artists?

Opinions are like assholes - everyone has one. Why let a few bad eggs ruin your ability to be brilliantly open and creative? Not everyone is going to like what you write or do artistically. And the truth is: that’s okay. But who can say that they can keep pushing through after all that’s said and done? Can you continue to write, paint, sing or act after getting constantly put down? Or, does it take one special person to say something derogatory about your work to have you sink your head into the sand? Whatever, whoever - you just have to keep pressing on.

Remember also, that some of the criticism you receive can be stemmed from jealousy. There are crazy people out there that don’t have to necessarily know who you are, who can become extremely jealous of your work. Let them slander your name against the wall for everyone to see, but what other people are seeing is a spiteful, jealous and resentful person who is inferior of you. Don’t get me wrong, there are going to be complete honest critiques and judgements made about your work, but always try to see the logic in it all. Take in what you can, learn from it and throw the rest of the negativity away.

Look at Miss California. She stated she believed that marriage should be between a man and a woman. All gays and lesbians around the world bashed her up against a bloody pulp. You know what though? I have a ton of respect for her to get up there and be completely honest about her opinion. This is a beauty pageant, not a presidential election. She could have been vague and said something everyone wanted to hear, but she stood up for what she believed in and what she was brought up to believe what was wrong and right. Who are we to judge her? We call her “intolerant”, “a bigot”, “judgmental” -- when it was just an opinion and belief she had. Oh what a terrible person! She is not intolerant or a bigot. She is a person who believes differently. I think the LGBT community should practice what they preach if they’re so desperately seeking acceptance.

Take everything with a grain of salt in life, because one opinion is not the be all end all.  If we all shared the same opinions and beliefs, this world would be a boring place to live in.

EDIT: "Prejean later announced that she'll be launching a campaign opposing gay marriage with the National Organization for Marriage." --read more.  Now, it's one thing to state your opinion to the world, but it's another to fight for what other people believe to be true. Why put so much effort into preventing two people who love one another to not be able to marry? Why not focus on yourself - your life? Why can't you just state your opinion and have it be final? Why do they go out of their way to try to make other people's lives miserable? That came back to bite me in the ass, huh?
beliefs Debra Pasquella LGBT Miss California opinions writers