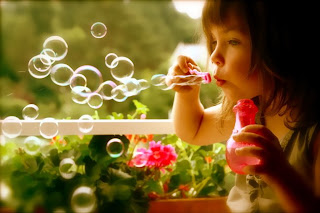 The basic lessons in life when you’re a child are all about social skills: saying please and thank you and being polite to those around you. Learning the golden rule of life deemed important and “sticks and stones” were embedded into our brain so we wouldn’t get offended so easily. We were taught to protect ourselves with the “sticks and stones” quote, by those who would hurt us with mere words.

Did we ever really learn?

What about “two wrongs don’t make a right”? It seemed to have lost its importance as years went by. So, when someone bad mouthed you, it was because they were hurt by what you did, therefore hurting you back twice as badly. Especially in matters of the heart and relationships, all of these great rules to live by have simply trickled down the drain. Nobody likes getting hurt. And, as hard as this may be to swallow: nobody enjoys hurting others - even if it seems as though they do. I guess this is what I believe anyway.

We try to give the benefit of the doubt.

If your parents were religious, they’ve probably taught you a great deal about forgiveness too. As adults, we conform into our own ways and believe what we want to believe. Some of us are weak in mind; only relying on what other people think. It’s as though we allow brainwashing techniques to take over our lives and live by what others feel to be acceptable or not. Usually these “people” are relatives or close friends ---people that we have to deal with for a lifetime, or whom we value their relationship a great deal. However, what if we didn’t take their advice and went by our own accord? Would this “important person” wreak havoc on the choices that have been made without their consent? 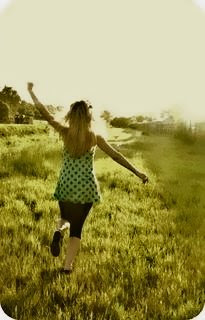 Live by the beat of your own drum. Love who you want. Screw the rest of the world who disagrees with you. Take chances and never let anyone tell you that your heart is wrong or that you’ll get hurt, because regardless, we all get hurt. Don’t let other people’s views warp your sense of compassion. Some people are jealous, irritable and/or judgmental. Whatever the case: people who try to dictate other people’s lives are like busybody neighbors who have absolutely no life of their own. They watch out their windows and hope for something to happen. The same with your life: they watch your backyard, hoping you’ll trip and fall and then, giving them the ability to say, “I told you so”. These people want you to solely rely on them, this way they don’t feel so lonely and pathetic. 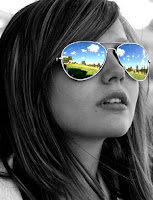 Have you ever been in a position where you simply did not think your best friend’s new girlfriend or boyfriend is right for them? And, If you have, did you ever let your thoughts be known? Have you ever encountered someone constantly telling you all of these bad things about their lover, and then later on have them wonder why you don’t care for this particular person? One person can truly paint a picture for other people to see someone else in a completely different view. You want to believe that you’re a good judge of character, however you also want to side with your best friend and believe what they’ve told you. It’s simply too much bullshit for one day.

Simple fact: many people want to come out looking like the good guy. That’s fine. But when words are meant to slander and create false illusions, in the end it will always backfire. It’s kind of like the laws of attraction. Whatever type of energy you put out, you'll receive. Some call it karma - but that may be a whole different type of concept.

One of my favorite scriptures in the Bible popped into my head. I had no idea where it was and then I opened the Bible and there it was - I fell right onto that page. I love when that happens!

“Any story sounds true until someone sets the record straight.” -Proverbs 18:17 (NLT) 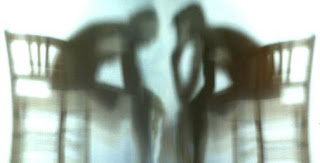 Of course if a story told, we pay close attention to that person telling it and for that matter and time spent, we want to believe what’s being said. We can’t read minds and we’re certainly not a human lie detecter. Take everything you hear with a grain of salt when it comes to bitter people talking about their exes or someone that they’re on the outs with. There is always another side to the story. The other day Madelene was telling me a story regarding one of her friends going through a little bit of turbulence in her relationship. I had asked her if she knew for a fact that this was all true. She said, “Well, it’s what she told me.” I looked at her and just said, “Wouldn’t it be amazing to hear the other side of this story?” In court, someone usually straight up lies and doesn’t think twice about it. Sometimes, their lies are even believed by the person telling them.

Even my name has been dragged into the mud, slandered and beaten to a bloody pulp. I have the peace to know that what has been said were rooted through bitterness, jealousy and resentment. These words, which have affected me a great deal a while back, have now resurfaced and come back to the one who has said all of these lies. The constant slandering got her nowhere but stuck in a rut in life for a long time. Some people don’t have a a heart - which in fact leads into a lack of compassion for other people’s feelings.