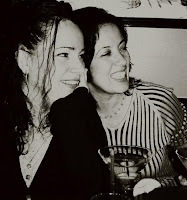 As most of you know, I decided to take a huge five month break from drinking on November 18th. I initially did it because I noticed I was drinking to self-medicate. I also took a break because I wanted to lose more weight. I have had five months of sobriety. I even went to AA to get some support. They told me to try the 90 day challenge, because they thought I was a “high bottom”, which is someone who has not seen a great loss because of their drinking habit and well, considered me more of a ‘social drinker’. But at the time, it wasn’t the case. I found myself drinking in the middle of the day if I was stressed out. “Oh one martini won’t hurt.”  And it is ok, except when it’s to self-medicate.

During the day while I was attending alcoholics anonymous, I sat in and listened to everyone. Many of the AA members had been there 20+ years. Some were newcomers and usually, I’d never see them again at the same meeting. The stories were so horrific and tragic - my heart went out to all of them. To hear that one man lost his wife, kids, home and job because of his habit and a woman who had lost her husband by alcohol poisoning really hit home for me. Alcohol was a gate drug for many other substances for some. All of these were very heartbreaking, yet I couldn’t relate to any of them, except for the fact that I loved to have a drink once in a while. But, at the time, it seemed to be more than just once in a while.

Nevertheless, I hung in there. I lost ten pounds, started sleeping better and developed a little pattern where I’d grab a cup of coffee from Duncan Donuts and headed for my meetings every evening at 5:30pm. The more I went, the more I opened up to my story. When it was my turn to speak, I told them about my habits and how I drank only when I was stressed. Then I explained how it increased greatly when I started getting depressed and then I had put on weight because of it. It seemed as though my story didn’t quite measure up to everyone else’s. It almost felt like, “Oh well that’s it?” I felt like I was being belittled and almost snarled at because my main goal was to try to stop for a while and lose weight. “This isn’t a weight loss program, this is a program to save lives.” one person muttered in his anguish. I reiterated that I was there for the same reason he was: the desire to stop drinking - regardless of “why”. We each had our own reasons of why we were all there. Does it really matter?

I found most of the women to be insincere about their “kind gestures” to offer their phone numbers, just in case we had an urge to drink. “Call me anytime, really.” These calls were shuffled off by, “Oh, can’t talk right now”, and another lady said, “Well you can call me but I’m really busy most of the time.” One night I called a temporary sponsor while I was really stressed out and ready to paint the town red. She blew me off so fast and rudely that I actually picked up a beer and drank it. This, being after 90 days of sobriety. It’s not her fault - everyone has a life, right? Who am I to force people to chat with me for five minutes just to remain sober for the remainder of the evening so that I can reach my goal? It’s always about me me me... That’s how I felt.

When I went back to the meeting the next day, I told everyone that I picked up a beer. The response I got was: “Just one?” Everyone stared at me and the room of 30 somewhat people remained in complete silence, until the female director said, “You know, most alcoholics wouldn’t stop at just one drink.” Basically, everyone shunned me because I wasn’t “a real alcoholic”. Well, what the hell is a real alcoholic if alcohol is a great part of my lifestyle? “Well, you can stop at one drink, speaking for other people as well as myself, we would drink until we would become unconscious.” the woman continued. “You’re a high bottom. You have more control. You don’t blackout.” I felt like I was being subliminally being kicked out of their club. And then it was confirmed: “You never lost someone from alcohol poisoning. You never experienced what it was like to get your stomach pumped and you have never gotten a DWI.” I wanted to correct her and let her know that there have been many nights where I had no idea how I got home, but something told me to just shut it for now. She went on and on until my cork finally popped.

“I’m the person that never gets caught who ends up killing your loved ones by carelessly driving home after a few drinks.”

“I’m here because I want to get better and make better choices. Regardless if I’m a high bottom, low bottom, side bottom or whatever the fuck you want to call it - I was endangering not only my life, but your loved ones too. What’s the difference? Does anyone want to tell me or should I just quit now and find the next bar to drive to?”

The priest next to me rubbed my arm, but somehow that just made me feel worse. I felt like I had a huge taco in my throat. This is it. They won’t play with me anymore. I picked up my coffee, grabbed my purse and headed out of the church. I saw people looking down at their feet as I walked past them. One guy nodded at me in approval to what I said - but at that point, his approval nods meant shit to me. Nobody was sincere in that room. They were still the self-indulgent low bottom superiors who had no regard for anyone that wanted to make their life, as well as others, safer.

To conclude with this very difficult post I am writing, I want to say that I have set rules for myself. After five months of sobriety and a nice little fasting for my liver, I am now a social drinker. I have a couple drinks with dinner on the weekends and I always switch designated drivers with Madelene so we can share in the process of keeping our roads safer. Yes, I can stop at 1 or 2 beers, but that doesn’t mean a cop can’t stop me or worse yet -  a horrific tragedy due to a couple of drinks.

I think AA needs to get their priorities checked.

So for now, my motto is: everything in moderation and never, ever get behind the wheel---even if it’s one drink.   I may be off the wagon, but at least I'm not driving it.
aa alcohol alcoholics anonymous drunk driving DWI high bottom low bottom