The Side Effects of Caffeine 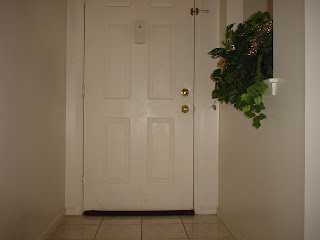 The funniest things are never caught on film. Madelene and I went shopping the other day and we got new stuff for our guest bathroom. We had purchased a new toilet seat with a cover and a little woven basket to hold things like nail files, cotton balls and whatever. We have an old bathroom so we needed to spruce it up to make it look more inviting. As Madelene was leaving for work this morning, she grabbed what looked like one of those children’s floaty devices for swimming pools. Having forgotten our toilet seat extravaganza, I asked, “What is that?” She turned around and just gave me a blank stare, hoping it would sink in momentarily. Then it did and we both started laughing so hard, that we could barely get her out the door. With the toilet seat inside a bag flung over her right shoulder, me still in my pajamas and my coffee on the ledge where I had placed it to let her out the door, we both tripped because of the weather sealant under our door. It buckled up, leaving both Madelene and myself on the floor still in hysterics.   Somehow, my cup of coffee made its way out too. Picture it: a toilet seat hanging out from a bag and brown watery stuff all over the outside floor.

“Pick it up! Pick it up!” I cried out in laughter, referring to the used toilet seat that was sitting besides her, now sticking halfway out of the bag.

My neighbors downstairs and across from me must have thought we were smoking something funny. It was just caffeine. My coffee lovers out there who want to know which bean did this: Italian Roast Extra Bold Starbucks. This stuff always kicks it up a notch or two. We’re hyper from the first sip into the wee hours of the midmorning. We could not stop laughing, even when I mopped up and came back inside, I went over to the window and still drew this funny moment out.

“Mad! What’s that in the bag?” I screamed out the window so the entire neighborhood could peek out as she was headed for the dumpster to rid of it once and for all.

Aside from this comical morning, we thought it was going to be below zero today. Apparently the weather people have their heads up their asses because it’s 22 degrees out. It can only go up from there. I know weather can’t be accurately predicted, but at least give us a ballpark range. I know it’s not a heat wave, but for the love of God---to scare us with below zero temps and have me promise everyone to film the whole ordeal with people bundled up to their foreheads in goose downs and skiwear, it’s just wrong.

And now, I am going to refill my cup of coffee and try to start my day in a lesser slapstick sort of way. Wish me luck!