Be Careful What You Wish For... 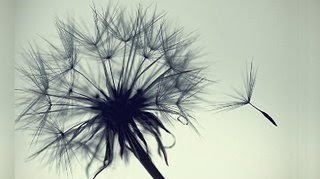 In the past and not so far away, I use to be guilt stricken. I used to let it take over my entire life where I’d be doing everything and anything out of guilt. It could be so vaguely done that I didn’t even realize the reasoning behind it. I just thought it was something I had to do.

It sounds so selfish and cold, doesn’t it? “I don’t care anymore.” I say this in terms of doing things out of guilt, apologetic repetitiveness and the “assumed” right thing to do. But if I delve a bit deeper into the reasons why I do what I do, it might make a little more sense if I said, I did it out of selfish reasons; the total opposite reasoning of why I don’t care anymore.

I’ve muttered the words “I’m sorry” too many times. I’ve constantly begged for forgiveness from others, when in fact a simple “I’m sorry” would have sufficed.  After that, it’s up to that person to forgive me or not. Begging for forgiveness means “you’re not worthy and not a good person if the forgiveness isn’t granted” in our minds. So, why do we beg for forgiveness sometimes? In many circumstances, it’s for selfish motives. When you are forgiven, you feel better. The burden has been lifted. However, after you have genuinely and sincerely apologized, is it your job and mission to make sure that the apology was accepted to the full extent; to where forgiveness is given to you by the other person?

It’s out of your hands and into God’s. Let it go.

Words have power. The more you say something, the more of a reality it becomes. “I just can’t get over this.”

As I sat praying one day, I asked for a particular thing from God. I kept saying, “Why can’t I just get past this?”   He answered: “Say you are past it.”

How can I say something I don’t feel?

And I did. I kept saying this for days until one day I woke up and was amazed at the lack of passion and feeling I had toward this particular matter.  I literally did not care anymore.

On New Year’s Day, my wife and I were sitting on the couch enjoying a cup of coffee and talking about this subject. I told her what had happened to me while praying. She looked at me almost puzzled and said, “I cannot believe you are bringing this up.” She went over to her little bible and pulled out a piece of paper with some literature on it.

She read it to me:

“It’s time you begin to undo some of the things you’ve done with your words. It’s time to get your words in line with God’s Word and release your angels. This prayer will begin that process: Father, in the name of Jesus, I repent of my ignorance of the Word of God. I ask You to forgive me of the foolish things I’ve prayed. **(And believe me, I have prayed for some foolish things!)** In Jesus’ name, I bind every word that has released the devil or drawn his weapons toward me. I bind every hindering force that I’ve ever given strength to by the words of my mouth. I break the power of those spiritual forces, in Jesus’ name.”

I thought for a moment about all of the things that I’ve been praying for this year and realized that some of them were not meant to be and were foolishly thought to be a decent thing to pray for. Of course it does say in the bible that if you ask your Father for something, that He will grant it to you.

If it’s not in God’s will and healthy for you (mentally or physically), then you might not see that come into fruition. Looking back years ago, I remember praying for something so hard and when it didn’t happen, I was angry at God and questioned if He even heard me at all. Hindsight 20/20, I realized that if I did get that request I had asked for, I’d be in so much trouble right now. My life would be completely different. So, I THANK GOD for not granting me that wish I once had.

“Ask and you shall receive.”

But also be thankful if that request doesn’t come through.  It might just save your life! Be careful what you wish for...it might just come true.
Christianity Debra Pasquella Jesus words have power