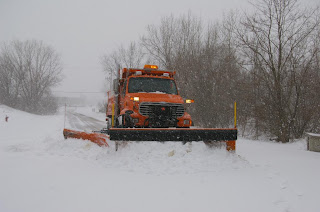 I hate people today. I hated them yesterday too. In fact, it all started the night before last. Madelene and I had just finished dinner and moved into the living room to watch rerun episodes of House. It was snowing outside and the newscasters had predicted a big snowstorm that ended up being nothing more of an inch of fluff. City folk might appreciate it, but it was definitely amateur night for the native New York country bumpkins.

Although we’re pretty close to the city, we’re not exactly in the woods either. We live in a huge complex filled to the brim with people who were just plain sick and tired of the Bronx. If you ask one of the new owners or renters where they came from, you’ll be sure to get “Bronx” for an answer. They consider this to be the backwoods, compared to where they used to live. I know ‘backwoods’ living and was raised on a mountain a mile up high, where you could view three neighboring towns. There were no neighbors on either side. We were alone. We’d get the occasional bear or coyote passing by, but that made it all the more painful as I grew up being scared to walk outside. Therapy helped somewhat. “Well what’s the worst thing that can happen living there, Deb?” my therapist would ask, giving me that reverse psychology cognitive behavior therapy bullshit.

These days, I could just get shot or mugged, but I’m sure a bear won’t be attacking me anytime soon. Back to what I was initially going to say: the night before last I had had just about enough with the contracted workers who plow our complex. I do realize they’re working the graveyard shift and trying to keep everyone safe as they remove snow from the streets and bounce it back up on the sidewalks so people can slip and fall and break their necks. As Madelene and I were midway through our show, I realized that there was a loud truck just sitting idle down below our window. I sat back down and continued watching television. One hour passed...  Two hours passed...  Three hours and my PMS kicked in. I got all “green” so I had an excuse to bitch and moan.

“You know, he’s putting off unnecessary emissions that are harming our planet!”  I said, sipping water out of my plastic bottle.

Madelene just stared at me and was fully aware that I was just annoyed because I would have problems sleeping later on if it continued. The last time one of these workers annoyed me, a guy was chiseling ice off our mailboxes at 3am. I mean really---who does that? I decided to end it quickly and swiftly. I got my laser pointer, and as he chipped away at those mailboxes at ***3am***, I pointed my laser light one foot away from his very own feet. I never saw a man run so fast in all my life. The chiseling stopped. I went to sleep...soundly.

I decided the same technique would work on this gentleman in the idling truck. His truck was parked so that his tailgate was facing our building. I pointed the laser near his window, but it didn’t do anything. I floated the laser down making a huge red circle on his massive yellow plow. He had to of noticed it.   Nothing.    Just an idle motor running and running and running. After the fourth hour, a bigger truck came by and dropped off a man, who got into the driver side seat of the idling truck.    There wasn’t even a man inside!

This morning, I’m on my third hour of hearing this idling truck once again. My mood is shot to hell. I hate people today.
at January 12, 2009