It was just a double espresso latte, not a four-course meal I ordered. The kid still took forever and a day to get it for me. He kept looking over at his co-worker with this question mark expression and his hands midway in the air as though he was saying, “I dunno what’s wrong with this thing.” I knew I’d be late for my AA meeting. I reached over the counter where I could see him to let him know that I’d be using the restroom while he’s still picking the beans off the goddamn tree.
I came back and the girl (his co-worker) was serving her 5th customer as my boy was still brewing my java. He then came over with a bigger size than I ordered and charged me five and some change. I headed out the door and zoomed down the street to my dismal little stone church behind the graveyard for my meeting.

Everything seems to be ass backwards over there. The doors push out and not in and the stairs are uneven with 3 steps here and 2 steps there. People usually fall right into sobriety -the hard way- the concrete way.

“Ga-chunk-ga-chunk-ga-chunk!!!” The door seemingly was locked. I finally opened it to realize that you can’t turn the knob to the left---only to the right. You need a rulebook to get inside, no less get sober.

I sat in the back row and noticed a few sparkling familiar faces. I did “the nod” so I wouldn’t embarrass anyone or myself for that matter. It’s a cross between embarrassing and comforting to see these faces who you have partied with and shared some pretty damn good times with. The “nod” seems appropriate. Almost like the funeral nod. You know what I mean.

Anyway, after the meeting, people congregate to whomever and they do their little fellowship or whatever you want to call it. Hey, I’m new so give me some slack here. Someone taps me over the shoulder. He looks like Joey from Friends. “Yo, you should really get yourself a sponsa’!” He pointed me in the direction of the big ‘temporary sponsor list’. I headed over to the front and another lady helped me out with the names and people she thought would be good for me. I explained to her that I’m a bit uncomfortable calling people since I’m not a big fan of the phone. She insisted that it would be helping them as well. She goes over a few names and a couple that I used to party with and I said no to the first ‘party person’. She asked, “No?” I just said, “Too personal.” She got it.

“I don’t feel right. I don’t think I will be able to call any of these women on here.”
“Well, you can call me, but I’m terribly busy.” She said, letting me know she really wasn’t an option.
“Well isn’t everyone busy? This is the exact reason I wouldn’t want to call someone. Why are there only female names on this list? How come I can’t call a man?”
“Oh it’s an unspoken rule that women stick together.”
“Well, what if I want a male for my sponsor?”
“We typically don’t do that.”
“Then I don’t want a sponsor.”
“Then the program will not be beneficial to you, and besides, we want to avoid any possibilities of relationship complications, you know what I mean.”

I stared at her for a moment debating my next sentence. Without thinking and a bit ticked off by her standoffish attitude to a newbie, I said this loud enough where everyone just shut up and laughed hysterically.

“I’m a lesbian so I don’t think I will be a threat to your men.” 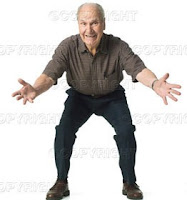 I saw a few smiles coming across the room from a few women (which was a bit creepy) and a few sparkles in the smiling eyes of the VFW men. I’m sure to get a male sponsor now with opened arms. I highly disagree with a lot of AA's "unspoken rules". I disagree with avoiding people places and things that remind us of the good times we had that included alcohol. This is life. We can’t just avoid people that we love- besides, I’d be avoiding my family and my own damn apartment! I’m not ridding of any of my friends because I love them and they’re not the ones who have a problem drinking: I do. It’s up to me to discipline myself and know that if I do pick up a drink again, I’m back to the days of insomnia, debilitating hangovers, gaining weight and the risk of saying something regrettable to a loved one.

I’m responsible for my own actions and my own decisions whether or not I want to improve myself and my life. No one else can make that choice for me. And if my choice is not to choose a sponsor for my journey, then so be it. This lady left such a sour taste in my mouth that I really don’t ever want to consider a sponsor for my recovery. Oddly enough she was the director of this particular meeting. I will call the friends I have made in AA, not because someone appointed me to them, but because I genuinely like them and can relate to them. I don’t want to be assigned a person. That seems dreadful. That’s like someone assigning you a friend or worse yet---an arranged marriage.

I liked “Joey from Friends”. He was nice and he reminded me of my own family in a way. He was a funny little Italian Bronx boy who was big enough to admit he had a problem. I didn’t have a chance to ask him to be my sponsor, because some little old lady tackled me down to get me to the sponsor list, but if I do see him again I’m going to grab him!

I’m off to Starbucks and to do a little shopping now. DD takes way too long to make a double espresso. Next time I want Dunkin’ Donuts, I’ll just go to Juan Valdez. I bet he’ll be a lot faster.
aa aa meeting alcoholism Debra Pasquella