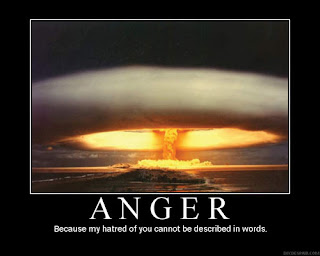 Is it me or does Christmas sometimes bring out the worst in people? While reading the newspaper, I stumbled upon an article that told a story about a 45 year old man who had no record or history of violence who recently just got a divorce and ended up killing and injuring people at his ex-wife's Christmas Eve party. Some of those people included children. When he first knocked on the door, and eight year old girl answered. He was dressed up as Santa Clause. He pulled out a handgun and shot her in the face and then moved on to the rest of the party. He then killed himself afterward over at his brother's house 25 miles away.

Some people call this "insanity". Scientifically, yes it can be called insanity for the amount of rage that one can delve into. But personally, I do "believe" that it's pure evil---not in the general sense either. Many years ago and still in some countries, people would have called it "being possessed by the devil". Why has this evolved to insanity? Now people can just go to a mental institution, instead of getting the death sentence or a life term in prison. They weren't in their "right minds". It's a great getaway from being sentenced for life.

Anger does funny things to people. Rage can be very deadly, if the person lets it. If someone simmers in it long enough, it's bound to boil over and hurt someone, possibly killing them. Some people are new to anger and rage, which is why in some cases the least expected people are sometimes the ones who commit the most heinous crimes. "Oh he was such a nice guy, you would never think he'd do something like that." Or even the old saying, "The quiet ones are the people you have to watch out for."

What makes someone known for a good reputation snap? Is it pent up anger? Is it unreleased emotions that never surfaced before? When people hold bitterness, anger, resentment and hatred inside, and on the outside display a loving and patient person---can they explode at the last minute, when least expected?
anger Debra Pasquella fury murder resentment