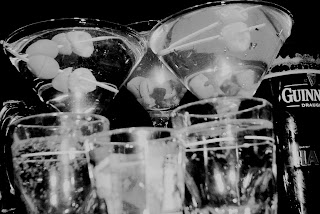 It started off as a method of process of elimination. I wanted to know what caused my sudden weight gain and also, what always kept me at a higher weight than most. I started drinking beer at the age of twelve. Before that age, I was a little skinny tomboy. I ate like all the other kids and ran amuck around the neighborhood. Weight was never an issue for me. Once, while drinking a huge can of Fosters with my old friend Geri, my mother came out on the deck and screamed at me. She said, “If you keep drinking beer you’re gonna get a potbelly!” Geri and I were hysterical. She brought it up the other day and we were laughing. Soon enough, the belly came. Some people call theirs a six pack---I call mine a keg.

As I went through my teen years and early twenties, I knew I had gained some weight, but not enough where it would leave me depressed holding onto diet after diet. It wasn’t a concern. After I hit my thirties, all hell broke loose, as well as my buttons. I worked out, got a trainer, did a little dieting and lost some weight. Nothing significant. I wasn’t much of a junk food eater. My doctor (gyno) was baffled by it and suggested that I stick to vodka only, since hard liquor doesn’t tend to put weight on. (Odd that he never suggested AA.) The only reason he was involved in my life of dieting is because he’s also a nutritionist. I went over every single thing I ate on a weekly basis. He kept nodding of approval, however there was a look of skepticism in his eyes when I never mentioned fast food or sweets. I picked up on this as though he thought I was one of those “closet eaters”. 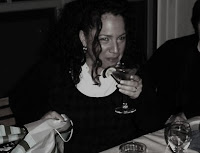 I took his advice and stuck to vodka only. I did my workouts 2 hours per day and even limited any take out foods. I never ate fast food, but I was a fan of Chinese cuisine, which happens to be the most fattening foods ever. I had it once a week, or once every two weeks. It wasn’t like I was consuming this stuff every single day of my life. When I found out that vodka wasn’t improving my weight loss, I started to get worried. I was gaining more weight and my wedding day was right around the corner. Of course, like any human being, I was a total nervous wreck the final weeks of my upcoming wedding. We held little parties and celebrations beforehand --- I drank tons before my wedding day. Before I even realized, my face and everything else blew up like a balloon. I was swollen and uncomfortable. There were days beforehand where our wedding planning was so overwhelmingly busy, that we didn’t even eat anything all day, until we came home. How could it be? I should have lost 10 lbs right before the big day.

Could the theory of empty calories be true? Can a beautifully cleared-colored martini or two be as bad as eating a bucket of KFC? Can a glass of wine be just as fattening as eating a big ham sandwich? Can a beer or two simulate a happy meal? Dammit! It’s liquid---how can someone gain weight from this? You pee it right out! I don’t understand! Alcohol does not put weight on people! Food does. ----All of these “wishful” thoughts went zooming in and out of my head trying to reason with “empty calories vs. real caloric intake by real food”.

It’ll be exactly one month this coming Tuesday of my sobriety. I have lost a total of 10 lbs and I haven’t even dieted. In fact, I have been eating a lot more chocolate. I went down a pant size and feel great. I haven’t even exercised all that much either. I still have more to go, but now I’m finding other reasons to maintain sobriety besides weight loss. Because let’s face it, at first this was a vanity thing. I wanted to lose some weight. And now, it’s become a matter of maintaining all of these health benefits.

Let me be even more brutally honest here: the other day while talking to a good friend who is also in AA, I explained how I feel so great and been sleeping like a baby, yada yada fricken yada… She said, “Yeh. That’s your pink phase.” I said, “Wut?” She said, “That’s the phase where you’re enjoying the benefits, until the urge and cravings start kicking in—until the stress levels start resurfacing and you just want to say, feck it!”

Not even a day later, I was sitting by the fire enjoying the ice storm that hit New York the other night and thinking: God how nice it would be to make a delicious Ketel One martini with three olives! I usually do this around 5:30 pm when I get home and wait for Madelene to come home at 6pm. It was my “ritual”. I loved having a cocktail while waiting for her. I would cook dinner, have a few sips of my martini and listen to my favorite music. I enjoyed that so much. Then it all came crumbling down on me: I “needed” a drink.

"This can’t happen. This can’t happen. This can’t happen. I’m sleeping so well and if I relapse, then I can’t go back to AA, and if I do, then I’ll be lying and I want to be in there completely honest.” I said to myself, trying to talk myself out of it. I called my friend and told her what was going on. I was literally pacing and tugging at my hair. It was the hardest point of my sobriety other than the first three days of being in my bed shaking. The withdrawals were gone, but now the cravings and fond memories of my cocktail hours were kicking me in the stomach.

Here’s my “problem”: other than a few mishaps and words that should have never slipped through my lips and of course, the driving while intoxicated part in the past-----I was more of a stay-at-home enjoy a cocktail while cooking and dining type of person. I never got into trouble drinking or was considered a “low bottom”. (Meaning losing everything to drinking.) I was always a “happy drunk”----the drunk who never looked drunk. My initial plan was to last 30 days without a drink, until AA gave me the 90-day challenge, and then be a “social drinker”. I was going into AA with full knowledge that I was going to remain sober for 90 days and then be a moderate drinker. I wanted to discipline myself. 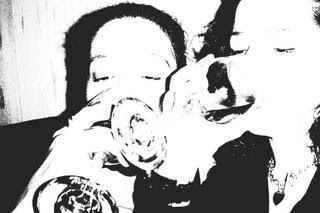 Now, with all of these health benefits and new friends I have made, I don’t want to ever touch a drink again. And yet, I sooooooooooooooooo want a martini right now. Last night, Madelene came home and we were about to have dinner. She knew I was being a little quiet because I wanted to pop the cork off one of our favorite wines. It would have gone well with our dinner. She rubbed my back and reminded me of how well I was doing and how great I was feeling. I didn’t want to hear that. I wanted to hear, “Well having one won’t hurt, right?” But, she didn’t. She kept egging me to stay on my path. I’m just so damn curious to see how my body will react to the 90 days of sobriety. I have to give it at least 90 days. How am I ever going to survive the holidays?

“One day at a time”, they chant at the meetings. Count each minute if you have to. “60 seconds and still sober.” Keep doing it until the urge passes you. I kept rehearsing these lines that were spoken to me by other people who are struggling. Then, on the TV, a famous doctor who is also an autopsy surgeon came on and explained how if you quit drinking cold turkey that it may kill you.

An excuse! I don’t want to die! It was then I realized it was for those who drank morning till evening who needed detox and certain medications to wean them off. I thought I had a way out, until I Googled it of course.

Tonight I will be attending a party. I noticed if I give myself a jolt of a double espresso, it takes the urge of drinking away. I’ll be stopping by DD before the party. (Not AA, Duncan Donuts.) Wish me luck and thank you for reading my latest posts. It’s been very difficult to admit to this and to be so open on my blog. I feel very vulnerable and sometimes embarrassed because I have so many old friends calling me up asking, “So what’s this about you and AA?” I tag my blog on Facebook and have my old high school buddies back in my life. I just hope they don’t think I’m a slacker for not wanting a beer at this time. I’m still the same crazy Deb, minus the booze.
aa alcoholism Debra Pasquella