I'm Calling Off the Wedding! 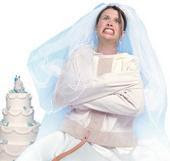 …I yelled out, while tears streamed down my cheeks because of the hormonal chaos that was rumbling inside of me.
“I haven’t even picked out a dress!”
“We’ll go together this week to look for one, Deb.”
“It’s too short of time and I want everything to be perfect!”
“It will be sweetie, everything is falling into place.” she says, trying to console me.

It’s not cold feet—it’s more or less trying to OCD over every single aspect of the wedding. God bless Madelene’s mom. She grew up in a Pentecostal household and found out about 10 years ago that her daughter, Madelene was a lesbian. Her mom took it hard, but not because she wasn’t open-minded, it was just that she saw her daughter wed a man once before and wanted the “good life” for her—meaning well taken care of by a man and having children. My mom wanted the same exact thing. It’s pretty normal for those who grew up in a religious-type of family who raised more than enough kids.

While sitting at the dining room table eating dinner with Madelene’s mom and her boyfriend, Madelene decided to tell them that we were getting married this coming October. With a tinge of shellshock, her mom let out an over enthused “oh” along with, a “well how come you’re telling us now”, followed by a story of her close relative who didn’t invite them to their wedding, and that their invitations were “lost in the mail”. I made a conscious effort to tell her mom & boyfriend that we decided to have a small wedding in a short period of time, and that they were all invited if they could trek 6 hours to MA. Her boyfriend was excited and jokingly agreed to attend the ceremony in drag. (I love this guy!)

My point of this story is: the reason why the people in our lives, relatives as well as friends, who didn’t get an invitation to our ceremony in MA, is because we understand that 6 hours by car is a lot for some people (not mentioning the cost of gas), and that it was such a short notice to go on. We didn’t want to put anyone out. We just want a small ceremony and dinner and drinks with our friends and family who are able to attend. Back in New York, we will be having the “reception” part of it. No formalities here---we will invite you over the phone or through email. 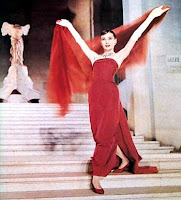 My mother was gracious enough to present me with her bridal veil that she wore when she was 19 years old walking down the aisle to wed my father. To me, it’s good luck because they’re still married after 50 years. Even if I do pick out a flaming red dress, I will be sure to wear my mom’s veil on my special day. If I wear a red dress, I will be holding white flowers. If I wear a white dress, I will be holding red flowers. I’m thinking non-traditional at this point and going with the red dress, white veil along with white roses or flowers. My sister Dawn already has my color scheme and make up planned out for me: fake eyelashes, pale foundation along with bright red lipstick. (I’m glad she left out the fake mole.)

And no, Madelene will not be wearing a tuxedo. Bridezilla will make sure of this.
gay marriages lesbian wedding LGBT relationships