Alone in a Crowded Chat Room 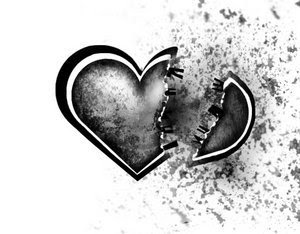 Flipping through tons of spam from erectile dysfunction companies and email from people in Kenya asking me to deposit part of their inheritance into my personal bank account had my head spinning. It was a pleasant surprise to get an email from a real person who reads my blog. I haven’t had time nor the juice to write lately and have been mainly focused on trying to get the wedding together by October. The usual dramas that take up 80% of my brain have been distracted by thoughts of ‘what dress to buy’, ‘which photographer to go with’, as well as, ‘do you think this venue is ok’. Wedding planning has occupied most of the main lobby of my frontal lobe, and believe me, there’s not much room to spare. It was a pleasure to finally delve into someone else’s drama other than my own. 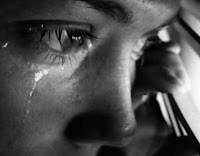 “Katie” just got her heart broken. Let me rephrase that. “Katie’s” heart has been broken for quite some time. Her boyfriend ended things with her about 6 months ago. Since then, it’s been nothing but pointless banters over frivolous matters and unnecessary phone calls that were made on both parts which ultimately escalated any bitterness and resentment of their breakup into full-fledged arguments each and every time. Though there’s still love there, the relationship just had to end. Katie’s little conundrum of a dilemma rises to an all time low of depression, yet she doesn’t even realize she is in the midst of it. From what she has described as “her life now” is much more of a sad scenario than I thought it to be. 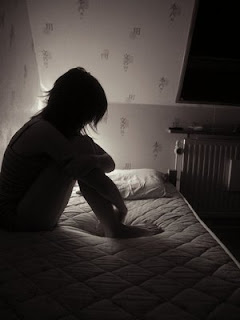 Anyone knows that there are tall tale signs of depression. The symptoms may be obvious but there are other symptoms that may seem just a bit “normal” or possibly mainstream and overlooked. Katie has dove headfirst into her work—which is good for the first months of any breakup. Occupying your mind and time can be a healthy thing. What happened was, she lost all contact with her friends and family and started isolating herself. She woke up, ate breakfast, went to work, came home, ate dinner, checked her email and then went to bed. This pattern lasted for some time, but now a new pattern has taken its place when she gets home from work: online chatting. She eats her dinner while chatting with strange anonymous cyber people.

We’ve all done it. We’ve all been there. To me, chatting is so “1995”, and sometimes it can be fun to have an online sounding board, that is if the chat rooms you’re venturing into are worthwhile. I used to spend a lot of time in the religious and political rooms, where people could actually voice over their thoughts or type it in. It was highly stimulating, especially during the final days of voting for a new president. Anyway, it seems to me that Katie is in these mindless chat rooms talking to people who are in the same position or just plain all out bizarre. I’m not quite sure if she can get anything out of this particular room that seems to be the primary focus of her life right now.

She now claims that she “hates” her ex-boyfriend and has no desire to run back to him, and yet then with the same breath also wonders about his whereabouts and constantly treks into his Myspace page. I’ve also learned that her ex-boyfriend is willing to work things out with her, but she is absolutely outraged and bitter about everything that has transpired. Talking it out only led to her lashing out. She has even discussed her dilemma with the entire group of this chat room. The advice from the peanut gallery was what you’d expect from other jaded women: “Get rid of him!” “What a creep!” “You don’t deserve that!” “Tell him to take a hike!” Of course this is all without knowledge of the full elaborate story of their relationship and the breakup. The group got bits and pieces of the puzzle, which is now all that’s left of their relationship. It’s not intact any longer, yet the puzzle pieces are still there. Can they get it together even as friends? How long can this pattern of wondering, longing, missing their counterpart keep going on like this? She is unable to maintain new relationships and has been single ever since. 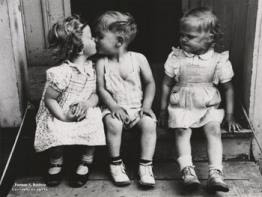 Word is out that her ex-boyfriend is possibly seeing a new woman and it may be more serious than she thought. Katie questions whether she should try talking to him or miss any opportunity to get him back into her life. For now, as far he knows, she “hates” him. With that kind of message, it only spells: move on and forget her. There was never abuse or any destructiveness within the relationship—only conflict of interests, jealousy and escalated arguments. In my personal opinion, these can all be worked out. Holding the anger and bitterness will never get Katie anywhere other than she is right now: alone, yet surrounded by many in a chat room.

I think maybe it would be wise to start “chatting” with your ex, if you still love him. Communicate your feelings about what happened and yet, try to look beyond all of the things that have hurt you in the past and realize that it’s not too late. If you don’t communicate this to him, he will never know how you truly feel. I can’t see how sitting in an idle chat room will help you either to move on or to communicate more efficiently about what it is you truly want.

Thank you for opening up for me and allowing me to include your story onto my blog. You might get some good advice in the comment section. Good luck!

Wishing you all the best,
Deb

What are your thoughts?
chat rooms love relationships