I’ve been mistaken for Jesus apparently. Since I claim to be Christian and talk the talk, sometimes I stumble with walking the walk. In almost each post and in my book, I point out that I am still a work in progress. I’m not perfect…I’m human. I can only try to be “Christ-like”, but if you really think about it, can we really be perfect like Christ? Can we follow His example to perfection? Or can we just learn as we go? I share my thoughts and what I think are the best ideas, but yet, again, I’m human. I’m not Jesus. ...WWJD? Well, I can try, but it’s going to be very hard.

Keep alert and pray. Otherwise temptation will overpower you. For though the spirit is willing enough, the body is weak. ~Matthew 26:41

Temptation can encompass many aspects of life’s desires and actions. When we’re tempted to do something less than “Christ-like”, it’s our body that’s at fault - our physical being here on earth and not our spirit. Our physical being vs. our spiritual side are at constant war with one another. We all have this conflict and can look back on something we did in the past and say, “Why’d I do that?” It’s normal.

God’s weakness is far stronger than the greatest of human strength. ~1 Corinthians 1:25 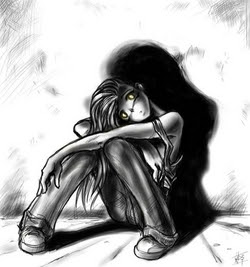 We’re all “weak”. It’s not such a bad word as it seems. To me, the word “weak” means to be human. Even if we’re as strong as a rock, we’re weak in our physical shell. We all make mistakes and we all do things that we normally say we wouldn’t. It’s called being human. If we constantly seek guidance from God and read His word daily, we can try to be a better person…but not equal to Jesus Himself. People normally judge us by our actions and words. But what if our words don’t quite correlate with our actions? We’re seen as a "hypocrite". The excuse of being “human” is plain b.s. to them. I can talk about God and yet be crude as the next guy. I can say I’m a Christian, yet turn around and curse someone out of anger. I can try to follow the example of Jesus, yet I just. fall. short.

For all have sinned; all fall short of God’s glorious standard. ~Romans 3:23

That is why we never give up. Though our bodies are dying, our spirits are being renewed every day. For our present troubles are quite small and won’t last very long. Yet they produce for us an immeasurably great glory that will last forever! So we don’t look at the troubles we can see right now; rather, we look forward to what we have not yet seen. For the troubles we see will soon be over, but the joys to come will last forever. ~2 Corinthians 16-18 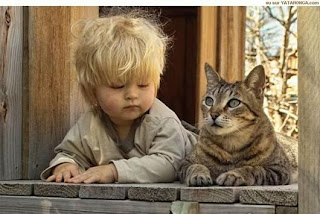 Even though I fall short of being a Christian, I never give up. Each day our spirit is renewed. We can start over. As the scripture says, our troubles today are temporary and won’t last very long. Sometimes I get into this state of mind where I doubt everything. I ask “why why why” and hope that God will answer me right away. While praying about something that was troubling me, and after numerous days of waiting for God’s answer, He pointed out a story written in “The Word for You Today” – a magazine the church hands out. Now, I must tell you that I absolutely detest parables of any sort, even though that’s one of the biggest ways Jesus spoke to us, this one really spoke to me. I wanted to share it with you and see if it speaks to you as well. Read between the lines…see if it applies to your life.

The Lord…redeems your life from destruction. Psalm 103:2-4 NKJV

Redeemed!
On a winter afternoon Harry de Leyer returned from an auction with a big gray horse that his children promptly named Snowman. He was a good riding horse, but when a neighbor offered Harry twice what he’d paid for him, he agreed. Right away he regretted his decision; so apparently did Snowman. And that’s when his hidden talent showed up – along with the horse himself! The neighbor’s fences were high, but Snowman repeatedly scaled them to be with the master and family he loved. One day Harry made the reunion permanent by buying the horse back – and the rest is history. Snowman kept winning championships and shows until the ultimate dream, The National at Madison Square Garden, where he was named, “Horse of the Year” two years running. But not because he ran; Snowman was a jumper. And nobody would ever have known had it not been for the fences that separated the grateful animal from his loving master. And the horse had every reason to be grateful, because Harry had arrived late at the auction that day after the best horses were sold. The big gray gelding that became the indomitable Snowman was rescued from the only other bidder…a man who intended him for the glue factory! The Psalmist said, “The Lord…redeems your life from destruction.” When others write you off, He sees what you can become. Andrew Bonar said: “Kept by the mighty power of God…every day we escape dangers we’re not aware of…If we…saw the snares Satan lays for us…how we’d adore the Lord who enables us to escape them all!” Take a moment today and thank the One who has redeemed your life from destruction.

So in my mind, if we’re wishing for a certain thing to happen in our lives or something to return or change, you might get what you wish for – which is ultimately destruction. Thank God that your prayers weren’t answered – for you’d probably be in a worse off place today. Sometimes, our unanswered prayers are blessings in disguise.

And if you’re trying to be perfect – don’t give up! You may fall short one too many times and have people judge you on it, yet remember, God’s weakness is far stronger than our human strength. He sees past the “hypocrite” and sees the “human”. It’s hard for people to view past the human shell; the human flaws and imperfections. Just know that you’re perfect in God’s eyes.