Having a Bad Day 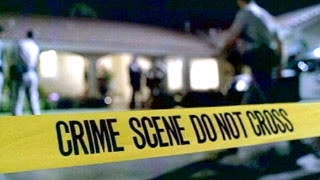 For one, it’s cold out there. It’s below zero and my nose is red and runny. I can’t turn on the fireplace, because the night before the high winds made the smoke back up into my apartment making me cough like a mule all night. Our gas and electric bill was close to $400.00, leaving me to watch the gage a bit more carefully so we don’t pay up the wazoo next month. I’m starting to think the Amish really know what’s best. When I woke up early this morning, I went to go make coffee – first thing. I had to take the grains out from the previous morning, which the little paper thing happened to rip, leaving me with a pile of coffee grinds all over my tiled floors. Not in the mood to clean, but I sucked it up and did it grudgingly. My eggs had shells in it. Nuff’ said.
I found cold air floating inside because the flu of my fireplace was still opened. I couldn’t close it because there were a few embers brewing bright red from the night before.
I work as a freelance writer for a magazine. I had to log in by 6am and make sure my work is submitted, edited and published by 8am. Have you ever had a day where all you seem to do is tpye evyrtihng worng? My grammar was shot to hell, and needless to say, I got the damn thing chucked back to me, not once, not twice, not three times, but four times.

Not a good day.

My shower is acting up. The hot water is more prominent than the cold. I can’t get it “warm” – it goes piping hot as a mutha on my back making me scream bloody murder and later on making me the prime suspect of a homicide later that day: my landlord. Thankfully, I watch Forensic Files so I can stay clear of any leftover “clues”. They’ll never catch me unless they read my blog.

I was highly disturbed by some news that was brought to my attention this morning by Madelene. She had explained to me that when we used to live in the upstairs apartment from my parents’ house, that a friend who slept there on occasion left a little surprise for us: a flattened dead cockroach on the couch where she had slept. She investigated further and found that there was one more bugger near her bag. She secretly fumigated the place while I was out and never told me so I wouldn’t freak. I’m a huge ‘OCD make sure everything is clean and disease-free type of gal’. This didn’t sit well with me and I am grateful that I found out much later, now that this friend and me do not speak any longer. It made me get the heebie-jeebies…

My downstairs neighbor has decided to do some renovations to his apartment. Isn’t that great? But, he starts at 6am. No lie – 6am the hammers are going, the drills are crankin’ and the yells from the men working together bossing one another around is enough to make me wanna give them Chinese torture. This usually occurs on a Saturday too, while I’m sleeping in a little. So would that still qualify as ‘not a good day’? I would say, not a good month.

Thankfully at night, Madelene along with my other close friends keep me preoccupied, free and clear of thinking about anything negative. But then, in the morning, the cycle begins again. So if any psychiatrists out there would kindly prescribe me some anti-homicidal drugs, I would appreciate it.

I’m not depressed… I’m not suicidal… I’m homicidal. Take note. You might just need this for the forensic investigation(s).

Thanks for letting me vent!
cockroaches crime scene homicide