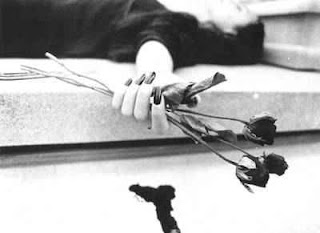 Of course I’m looking for Christian guidance here – and even those who are intellectually stimulated by philosophy & science. See, I’m having trouble with an issue. I’m a thinker. I think way too much sometimes, almost to the point of insanity. I think it’s safe to say that everyone has thought about suicide once or twice in his or her life – and even on a daily basis for that matter.

But, what about Jesus?

Bear with me. I’ll get to Jesus in just a moment. Have you ever watched some newscast where some guy runs out and points a gun at a police officer just so the cop will shoot him? It’s called “suicide by cop”. It takes away the crime of committing suicide to the person left hopeless. He doesn’t want to be the “murderer”.

But, at the same time, didn’t Jesus do a similar act? “No Deb, He died for your sins.” Okay, so He died so that I could have a better life and afterlife. I am totally appreciative to the full extent of the meaning, however, think about this: Jesus died so that we can live a more abundant life and be saved. Now think of a suicidal person’s thoughts: “I want to take my own life because I’m a burden on people – I don’t want to hurt anyone any longer.” Aren't they sacrificing their life for their loved ones?

If Jesus knew He was dying the next day, isn’t that similar to those, which choose suicide by cop? There’s not one reference in the bible, which tells us that committing suicide is a sin. Okay, I will definitely say that murder is a sin – but what about “self sacrifice”? Isn’t that a different scenario? I can hear people ranting, “But you’re going to hurt the ones you love if you take your own life!” Jesus’ followers and loved ones were extremely hurt and crushed over His death too. He left many people, yet His Spirit is always with us.

So, what’s the difference? 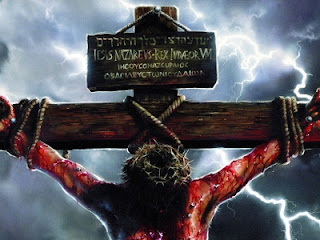