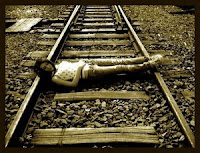 My previous post caused a bit of confusion for some people. Maybe I gave off some mixed signals – which I intended to. There were a few reasons why the post was written: to determine whether or not people feel that Jesus did in fact commit suicide, if knowing that the Jews were going to kill Him the very next day. This was a debate I had with an atheist, not necessarily my own view or belief on this matter. It was also to ask the question of why Christians feel that Jesus’ death didn’t take away all sins of the world. They still go by the old laws of Leviticus, when in fact it says numerous times in the bible that the old law died when Christ died on the cross. Another reason, was for people to take a step back and look at those who are depressed and suicidal and/or have had people close to them check out too early on their own. Question: do you really feel that it was a cowardice act? The common sentence spoken from probably all of these people who think about suicide or have committed it is, “I’m a huge burden on everyone. They’ll be better off without me.” Is it a cry for help or is it simply sacrificing their own life to make other people happier? It’s a hard call because everyone is so different. 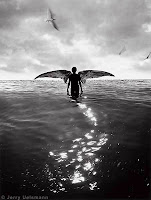 There’s a gray area in the bible that doesn’t say anything about suicide. “Thou shall not kill” is what we go by. Suicide is killing. We can even take it a step further and basically say that we’re stepping all over God’s creation; disrespecting Him if you will. In some cases, “mocking” His creation. It’s like telling God His creation isn’t worth living – it wasn’t good enough. I’ve heard people say, “You’ll go straight to hell if you ever commit suicide.” ...Who says? Yes, it’s definitely disrespecting God’s creation – but why doesn’t the bible make any references to it? Even when trying to convince the depressed that it’s not worth it – and the most common persuasion of all is, “You’re a coward if you do it!” And yes, these statements are to save the person(s) who are either thinking about it or know someone who is. It’s to deter the thought of suicide. It’s for the better – it’s a beautiful attempt to try to save a life.

I had a few emails from friends and readers asking, “Are you okay?” No worries. I’m just raising questions that have been brewing in my mind for a long time – on many different levels. Like I said, I think too much. There have definitely been times where I thought about it – however, I don’t have the guts to do such a thing, and I would never want to leave my loved ones with the burden of “why did she do that?” It’s such a shame when somebody goes too early on their own. Just think, if you were to do it, all of your closest friends and family looking down at you inside a casket wondering ‘why why why???’ Many tears are shed and many questions are raised – even questions that go so far as, “Did I do something to make him/her to such a thing?” Suicide raises questions that inflict guilt on your loved ones’ minds. So, in the bigger scope of things, it’s not fair to the people who have cared and loved you for so long. I’ve come to understand that greatly, as I’ve been in the most depressive states and thought about it one too many times.

Jesus said, “Come to me, all of you who are weary and carry heavy burdens, and I will give you rest.” ~Matthew 11:28

He heals the brokenhearted, binding up their wounds. ~Psalm 147:3

Here's a video I made about suicide and how we can help those who suffer from depression.