Red in the Face When Trying to be "Green" 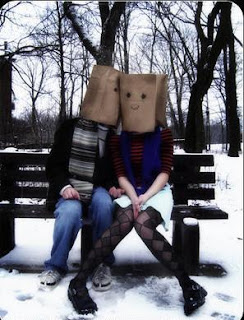 Is it me? I just can’t understand these “try to save the world” types. You know the kind – those “green” people. Believe me, I do my share of recycling – from cans, bottles, paper, cardboard and anything else that can be reused, I just refuse to take it a step further. There are some people who go as far as altering their life around ‘saving the earth’. This is great if you can do it. But when they criticize me for not doing the same “extreme” measures, then I’m seen as wasteful and not resourceful enough, or that I simply don’t care about our planet. 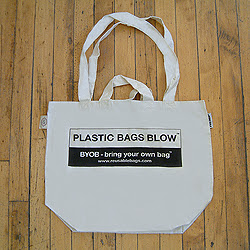 “You know, you should really shop with a burlap bag instead of using those plastic bags that the grocery stores give you.” someone told me. Hey, I’ll try anything once. In my mind, I thought maybe it’ll work. Maybe I can pull this off. So, when I went to the Hamptons at the beach house, I decided to borrow a burlap bag to take to the grocery store. Not only would it be convenient because it was one huge duffle bag that I could store tons of items in while walking down to the beach house, but it would save me a few trips, since it’s quite a hike down the hill to get to the house. So picture it: I’m at the store and I’m trying to load everything into this huge floppy bag. The container of eggs was next to the huge can of coffee – which ultimately would crush the eggs to death in the travels. Then I had the bread that got squashed by the container of milk that fell on top of it. Don’t even get me started with how bad the beer treated my produce.

So, the next time I went to the grocery store, I still brought the burlap bag with me, because I found that it was a huge help just to make one trip, instead of a few, because of the size of the bag – but, I packed my goods separately in those EVIL yellow plastic bags. I even doubled on some of them. I know – these bags are flowing around the landfills making our earth a little more “yellow” than green, but you have to admit – these little bags are quite useful! Not only do they hold the groceries better than those paper brown bags, but you can also use them for trash bags too, instead of buying those brand name trash bags. The 2 cents they charge you at the supermarket is totally worth it in my opinion. So, in a way, I am recycling them! But then again…they go right back into the dumpster after I use them as trash bags obviously. 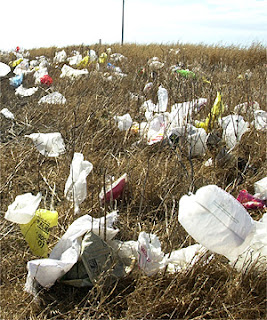 These plastic bags that are given to the public never break down, which means that over time, the toxicity of the make of up these bags will eventually hurt our environment – if it hasn’t already. In a local newspaper, I read this little factoid: “Plastic bags, while cheap and convenient, never biodegrade. Over time (sometimes thousands of years) they break into smaller and smaller particles, but they never break down into natural products that can re-enter the environment. These particles are toxic in both the soil and water and can pass up the food chain from the smallest animals right up to humans. In the ocean, plastic bags are mistaken for food by fish, birds, and sea mammals. More than a million animals a year die when they ingest or become entangled in plastic bags and other plastic refuse.”

Here’s my problem: we were given a smart and convenient way to store our groceries, until it was too late. If the government and higher ups know about this huge problem, then why don’t they make bags that are earth friendly, instead of suggesting to the public not to use them any longer? Is it costs? Can’t they find a better method for us? Even though I know the problem exists and it’s getting much worse, it’s just not a practical solution for me to use a paper bag or burlap bag when I have a few flights of stairs to trek up to my apartment. I’m not the only one who feels this way. Yes, I feel awful about using something that’s killing our animals and earth – but why present it in the first place when now, we just can’t get rid of it?

Don’t even get me started with hybrid cars. If they really wanted us to drive them, they would make them much more affordable to the middle working class people.