There are many people in my life that read me incorrectly. They take what I say and turn it into something totally opposite of what is meant to be heard in a positive tone. Then I think, well what if I’m saying it in a different tone? What if my words on “paper” are coming out wrong? What if my emails and blog posts are being misconstrued? Text can be misleading if taken the wrong way. You don’t hear the “tone” of the words that are being typed out. My words can be delicate yet distrait when writing an email to a friend or loved one. Even while blogging, I can definitely come across as politically incorrect or insensitive while discussing an issue that may come across as “offensive”. I've also found myself writing or talking much faster than my actual thought process. This could be a bad thing… Sometimes I don’t think when I speak or write, which may cause a lot of confusion for many people I communicate with. I’m working on it.

There are times where I don’t hear what the other person is saying; I simply come to my own conclusions, which results in a huge miscommunication. This is a flaw I’m working on. I’ve also noticed that when two people come to their own conclusions while not hearing one another, they end up talking at one another, instead of constructively communicating and resolving whatever issues are out on the table. This can lead into an explosive argument, especially if the two people are very sensitive and emotional. They don’t want to hear what the other has to say – putting up a huge wall, trying to protect themselves from possibly getting hurt. It turns into an attack fest. I’ve also seen this between strongly opinionated bloggers who cannot accept another way of thinking or absorb what the other person has to say. But for now, I’m speaking about people who know one another in real life.

Singing cheerful songs to a person whose heart is heavy is as bad as stealing someone’s jacket in cold weather or rubbing salt in a wound. ~Proverbs 25:20

As I’ve mentioned in a previous post, recently I’ve been feeling down and going through a lot of turmoil, which is one of the reasons why I took a break from writing. My heart has been very heavy and my thoughts have been randomly morbid. Most of my close friends and family realize I go through this periodically. It has nothing to do with anyone, other than my depressive phases here and there. Of course, events and circumstances also weigh heavy on me, making me depressed and miserable. While discussing a sensitive issue that was very close to my heart yesterday, a friend tried “singing cheerful songs” to me, trying to get me to think of “happy thoughts”, instead of helping me understand things better. I can’t fake how I feel. I’m the type of person who likes to talk and resolve things. I feel like psychopath while trying to dodge sensitive issues or blocking my tears by pretending to laugh and be happy. It’s not in me. If someone close to you tries to deter your thoughts from the emotional pain you’re suffering, into happy thoughts about cute puppies and dandelions, does it mean they simply don’t care? For me, it was as if my friend had no sensitivity whatsoever – it was like rubbing salt in my wound. It hurt.

Am I taking it the wrong way though? Am I blowing it out of proportion? Maybe I need a different perspective on it. I hate avoidances of sensitive issues that need to be attended to. I hate putting things on a shelf, only to watch it rot away as if it never mattered to begin with. When we avoid issues that are close to our hearts, do we end up bottling it up, letting it explode on an innocent bystander? Maybe I’ve been going to therapy for too long – enough that I can actually get my degree. 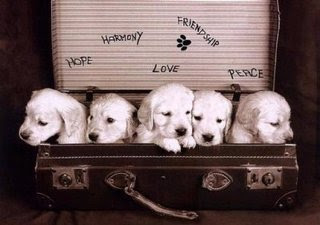